Oculus VR, the company behind the highly-anticipated Oculus Rift virtual reality headset, announced today it is opening up a new Oculus research and development office in Seattle.

Heading up the new team is former Valve engineer Atman Binstock, who will be joining the company as its chief architect.

Oculus is looking for “exceptional engineers to help research and develop the future of virtual reality,” for its Seattle operations. We’ve reached out to the company for more details and will update when we hear back. 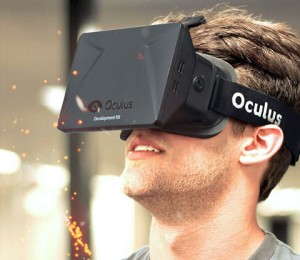 The Seattle R&D office will be a key location for Oculus, given how closely it has been working with Bellevue-based Valve on developing virtual reality solutions. Valve has been a key proponent of the Oculus hardware, especially after the company stopped working on its own VR hardware project last year.

It could also be a good location given rumors about Amazon’s ambitions in the gaming space. The Seattle-based tech giant is purportedly working to bolster its Amazon Game Studios division to try and compete with other major game developers.

This also isn’t the first time that a growing tech company has turned to Seattle as a way to add more talent to its team. Oculus, which is based in Irvine, Calif., will be joining companies like Facebook, Twitter, Google, eBay, Hulu and Salesforce.com, which all have engineering offices in the region.

Most recently, Twitter opened the company’s first organically-grown engineering office in downtown Seattle after first coming to the city four years prior. Google, meanwhile, has plans to double the size of its campus in Kirkland, a suburb 20 minutes east of Seattle.

Oculus Rift wouldn’t divulge on details about the Seattle office and offered this statement:

We have no additional information at this time other than Seattle is a hot bed for talented people, so why not open an office in the Pacific Northwest.