Google is already deeply entrenched in the Seattle region, with more than 1,000 employees spread between offices in Kirkland, Bothell and Seattle’s Fremont neighborhood.

Now, the Internet search leader is bolstering its operations in Kirkland, with plans to double the size of its campus with two new low-slung buildings on a 5-acre plot of land just west of the existing campus.

It will look like one L-shaped building, but in reality it will be two buildings connected by an atrium. A pedestrian bridge linking the two sites is a possibility, spanning an old railroad corridor. The site is a former contaminated chemical handling site.

Kirkland/Seattle is already one of Google’s largest engineering offices outside of Mountain View, and with the new 180,000-square-foot development, the company is reaffirming the importance of the region.

Construction on an adjacent piece of land will be led by SRM Development, which will lease the new space to Google. The project, which will include a green roof and deck and be built to the highest environmental standards, is slated to be completed in the second quarter of 2015.

Located a few miles from rival Microsoft’s sprawling Redmond campus, Google Kirkland already boasts more than 600 employees who work on products such as Google+, Maps and the Chrome Web browser. Google’s engineers in the Seattle region include many University of Washington alums and former Microsofties.

With the new square footage, Google could add more than 700 more workers in Kirkland (based on a 250-square-foot allocation typically used for tech tenants).

A Google spokeswoman said that the new facility could house as many as 1,000 workers at maximum capacity.

At the end of the day, the new facility is about talent. Chee Chew, the site director of Google’s Kirkland office, said that they’ve had a lot of success attracting top engineers at the site. And he’s hopeful that trend will continue in the new facility, which will also include Google’s legendary perks and amenities.

“We see a great opportunity for the company, and the community around us,” said Chew in remarks today at the company’s Kirkland office. In an interview with GeekWire, Chew said that Google has been “really, really fortunate” with hiring in the Seattle area.

Google was one of the original Silicon Valley tech giants to establish an engineering center in the Seattle area, opening the branch in Kirkland in 2004. It moved into its current location in 2009, and since then a number of other tech giants (Facebook, Salesforce.com, Splunk and Zynga) have established engineering centers in the region.

Chew said the arrival of those companies makes for a more vibrant ecosystem. “I think it is a virtuous cycle,” he said. “With more companies coming, it actually attracts more talent.”

Washington state governor Jay Inslee touted the environmental benefits of the planned buildings, and added that he wants Kirkland and the state to continue to become a great place to do innovation.

“We are excited to expand our presence in Kirkland, where we have one of the largest engineering offices outside of our headquarters in Mountain View,” the company said in a statement provided to GeekWire. “This represents our commitment to the area, and we look forward to continuing to work closely with the community and the City of Kirkland.”

Here’s another rendering of the new buildings planned for the Kirkland campus, along with a map showing the location of the expansion. 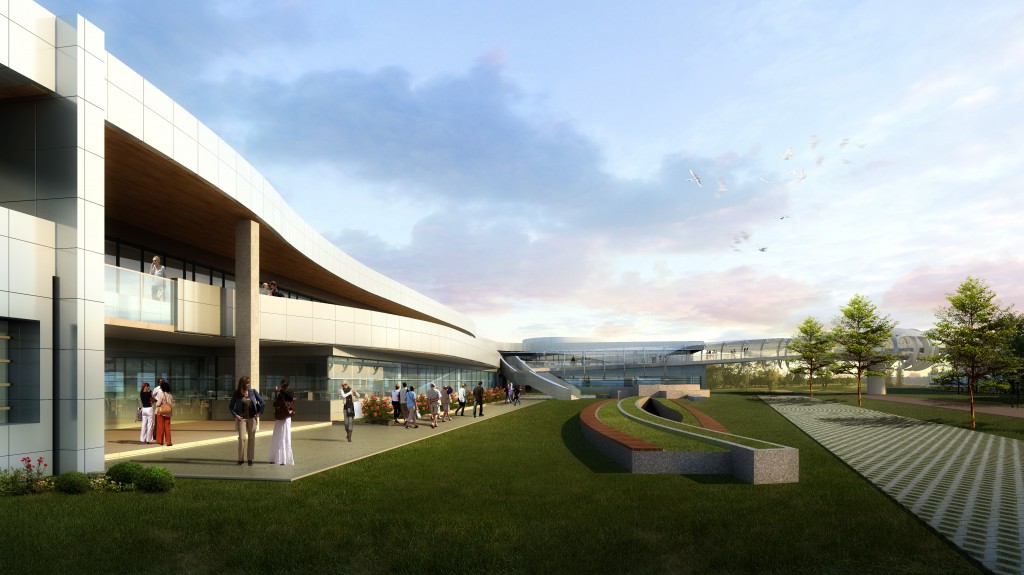 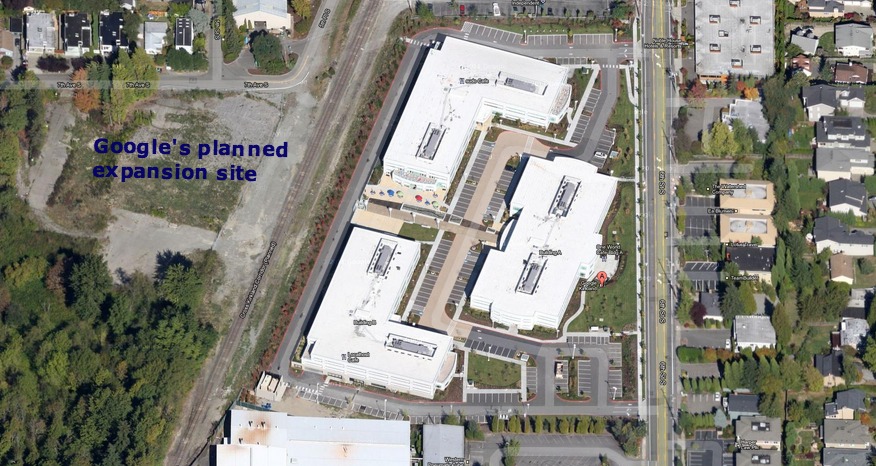 Previously on GeekWire: An inside look at Google’s Kirkland campus through the eyes of a startup veteran