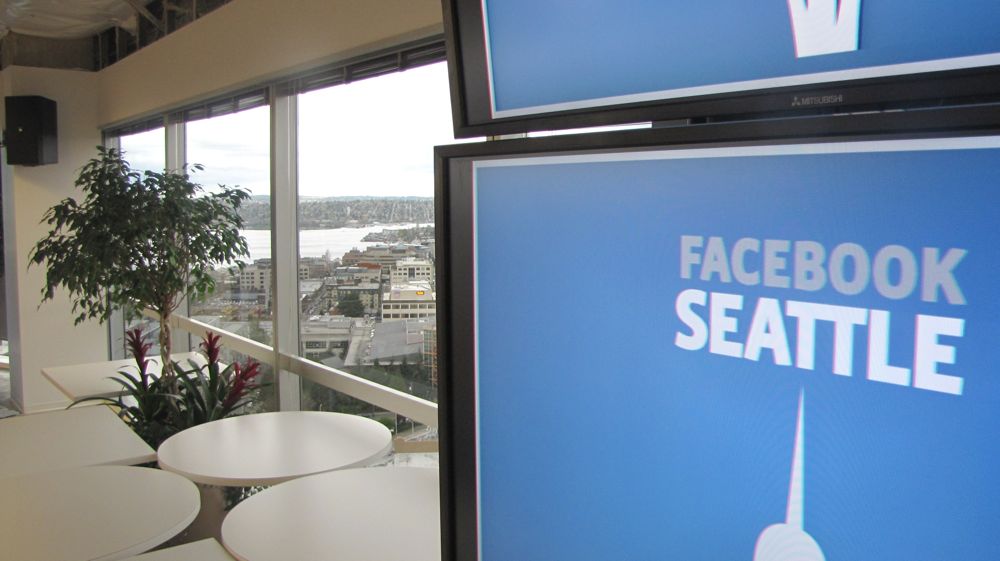 Facebook opened its first Seattle engineering office with two people less than two years ago, and has grown from 17 employees to 90 over the past year. Now, the company has moved into a larger space across town, with room for up to 170 people. 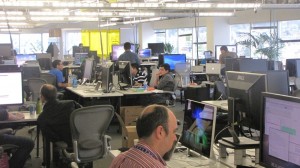 And Facebook’s Seattle site director says the company doesn’t plan to stop there.

“We will continue to grow as quickly as we can, and we will continue to challenge our facilities team to find room to put all the people that we’re going to hire,” said Facebook’s Ari Steinberg, during an open house today at the company’s new offices in Seattle’s South Lake Union area.

Engineers in the Facebook Seattle office work on a wide variety of projects and technologies, including the company’s mobile apps, its advertising systems, video calling and instant messaging. 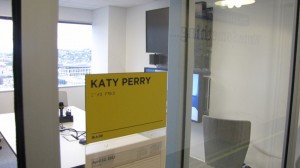 The company’s culture is on display in the new office, with a cafe serving three meals a day, laundry service for employees, and a literal Facebook wall that visitors are encouraged to sign. (Legislators including U.S. Sen. Maria Cantwell and U.S. Rep. Jim McDermott were among those who signed the wall today.)

After noticing that the conference rooms in the new office came in clusters of three, they gave them names such as Rock, Paper, Scissors; the Good, the Bad and the Ugly; Abort, Retry and Fail; and Lady Gaga, Taylor Swift and Katy Perry — the latter trio being the result of an inside joke among the company’s engineers.

Also see this archive of our live stream from the event.