Google and Facebook have already opened up a permanent office in Seattle. Now, Twitter can say the same.

On the 20th floor of the Century Square building in the heart of downtown, Twitter has opened up an office for its 50 employees based in the area. It’s the first organically grown engineering office for Twitter — the company’s Boston and New York City outposts came out of acquisition deals.

The social media giant has had employees in the Emerald City for nearly four years now, but it finally has its own home base here in Seattle. The team is strictly engineering-focused for now and works on tasks like managing Twitter’s databases and data centers.

Chris Fry, Twitter’s senior VP of engineering, and Raffi Krikorian, VP of platform engineering, flew up to Seattle this week to check out the new digs. Krikorian said that Twitter has always hired people from the Seattle area, so it was only natural to open up a permanent office here.

“A lot of people come from the major technology companies here, and we also love University of Washington grads,” he said. “We saw this as an opportunity to embrace more of them by having a presence, as opposed to getting them to move to the San Francisco area.” 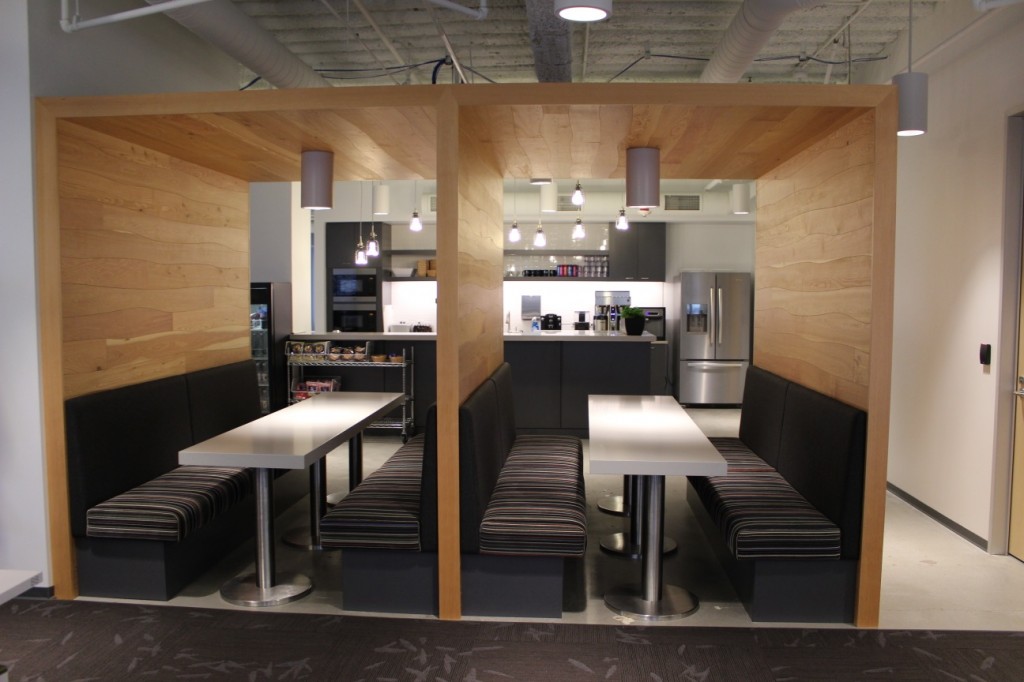 Fry also noted the similarities between the Bay Area and Seattle.

“Seattle has all the right ingredients: Major tech companies, great universities and a startup scene that does a ton of innovation,” he said. “Seattle is a great place to have an engineering office. We definitely came here with a purpose.”

Both Fry and Krikorian said the Seattle office reminds them a lot of Twitter’s headquarters, but with a few differences.

“There definitely wouldn’t be a big “12,” up on the wall in San Francisco,” Fry said, referring to the Seahawks’ “12th Man,” flag (Seattle beat San Francisco this past Sunday, 23-17, to advance to the Super Bowl).

Jeff Currier and Lisa Phillips, who have been with Twitter in Seattle for two and four years, respectively, helped design the new office. They certainly added a Northwest touch to a space that pays homage to the everything from the region’s rich logging history, Capitol Hill’s eccentric feel, to the famous gum wall at Pike Place Market.

Currier said that Century Square’s central location was attractive, and having options to expand to other floors in the building helped convince Twitter to move in. The company, which has tripled its employee count in Seattle in the last year, is currently hiring for five positions at the Seattle office.

Fry said he wouldn’t be surprised if Twitter’s Seattle cohort continues to grow and grow over the next few years.

“I have a feeling it’ll become one of our larger non-San Francisco based offices if it follows the same pattern as my last two companies,” said Fry, who previously was a SVP at Salesforce for seven years before joining Twitter two years ago.

We’ll have more from Fry and Krikorian, as they shared their vision for Twitter’s future — stay tuned for that and more later. In the meantime, here are more pictures of the new space below: 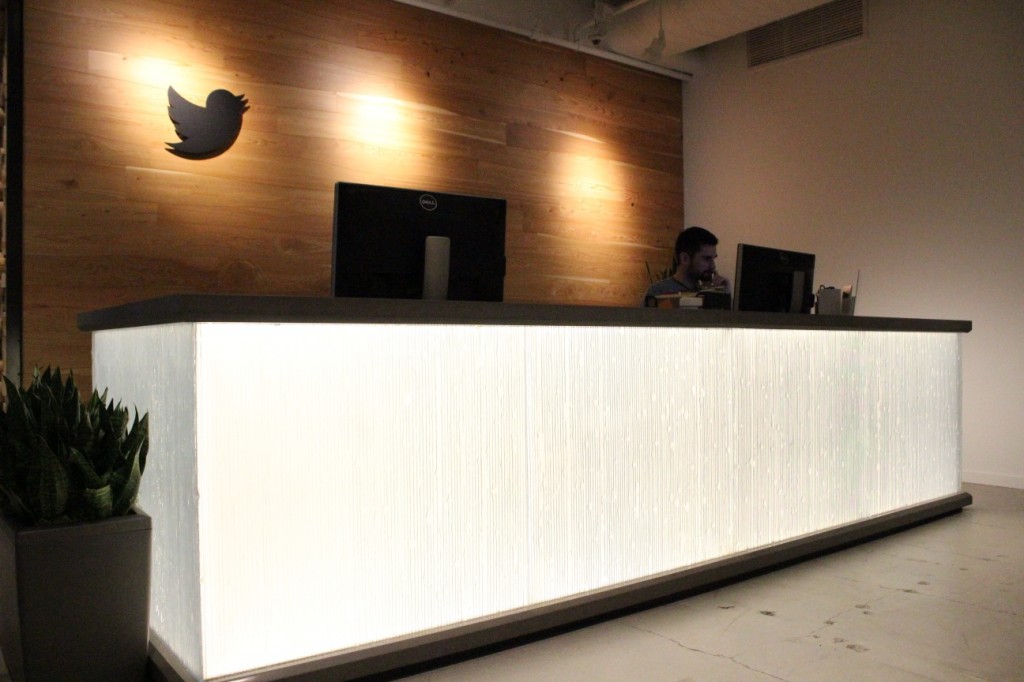 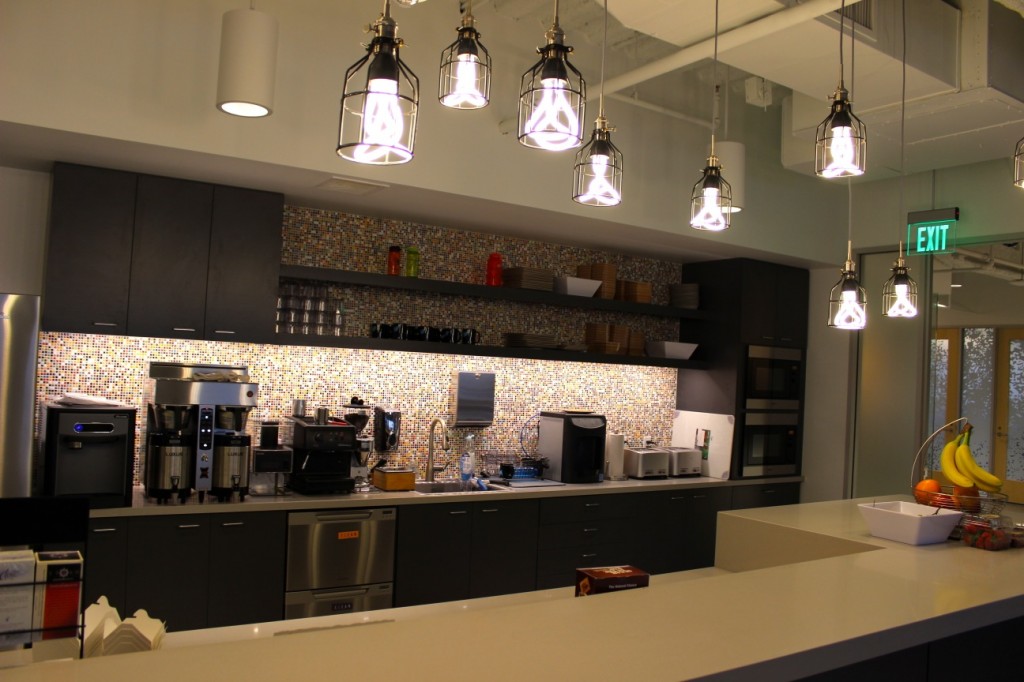 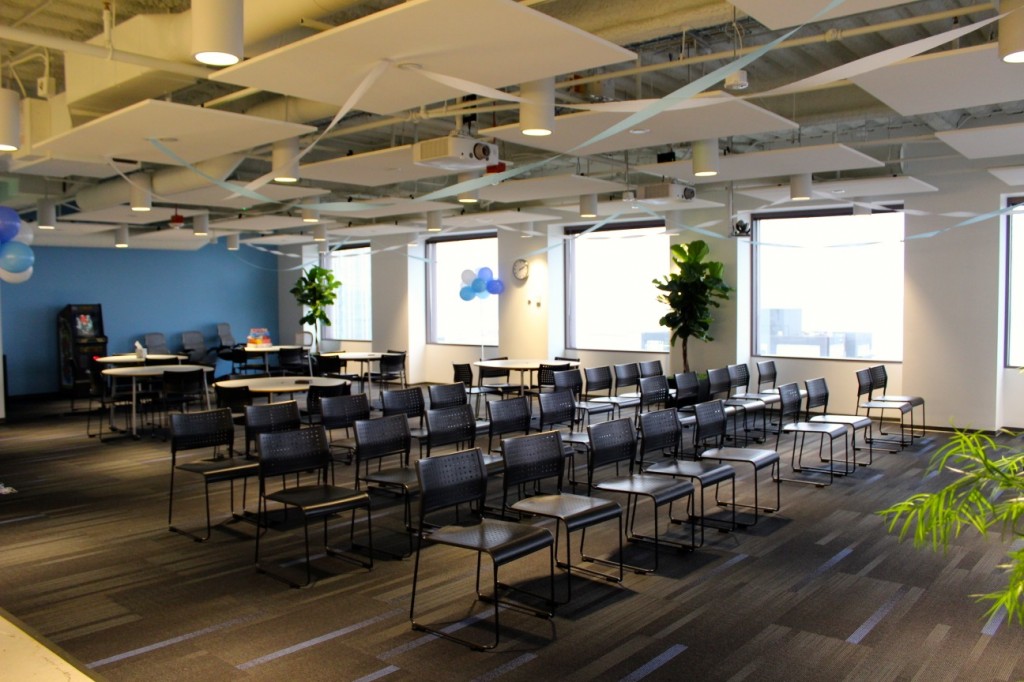 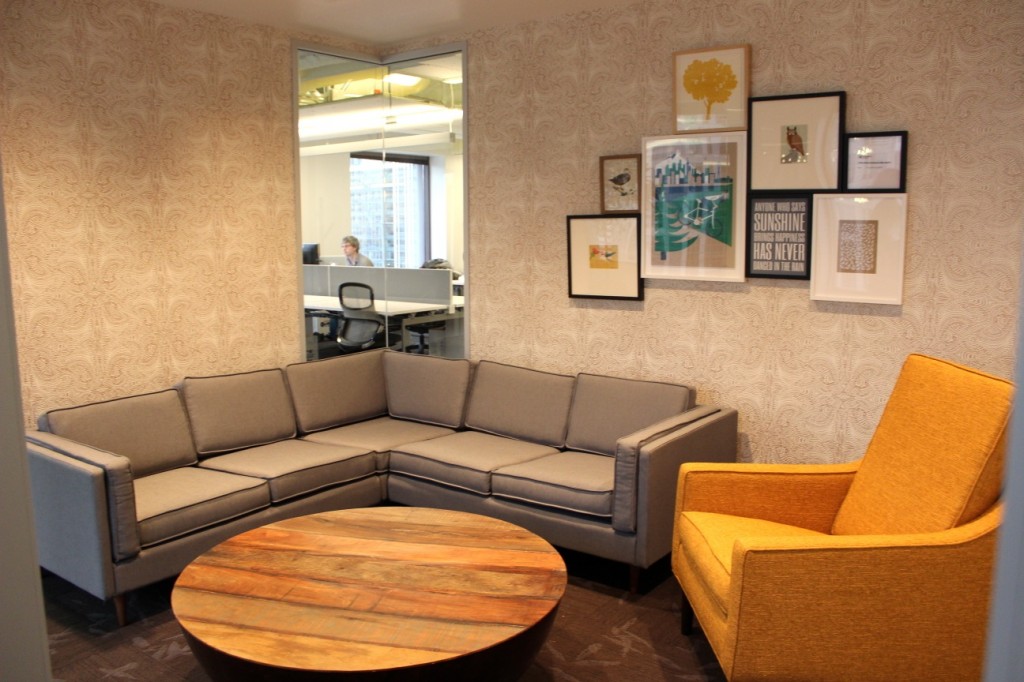 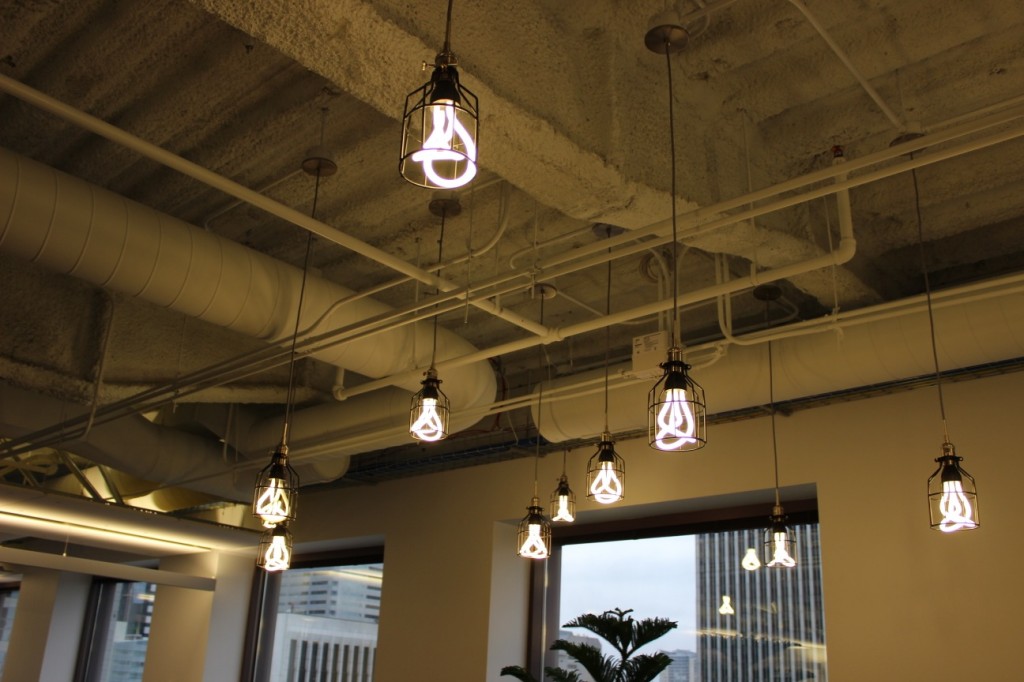 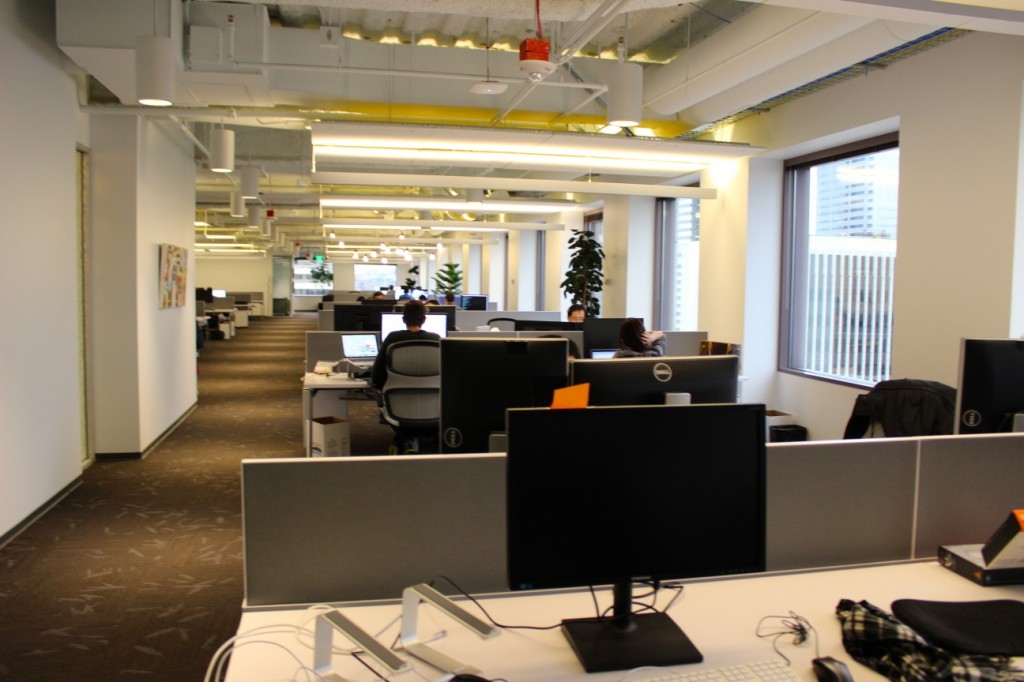 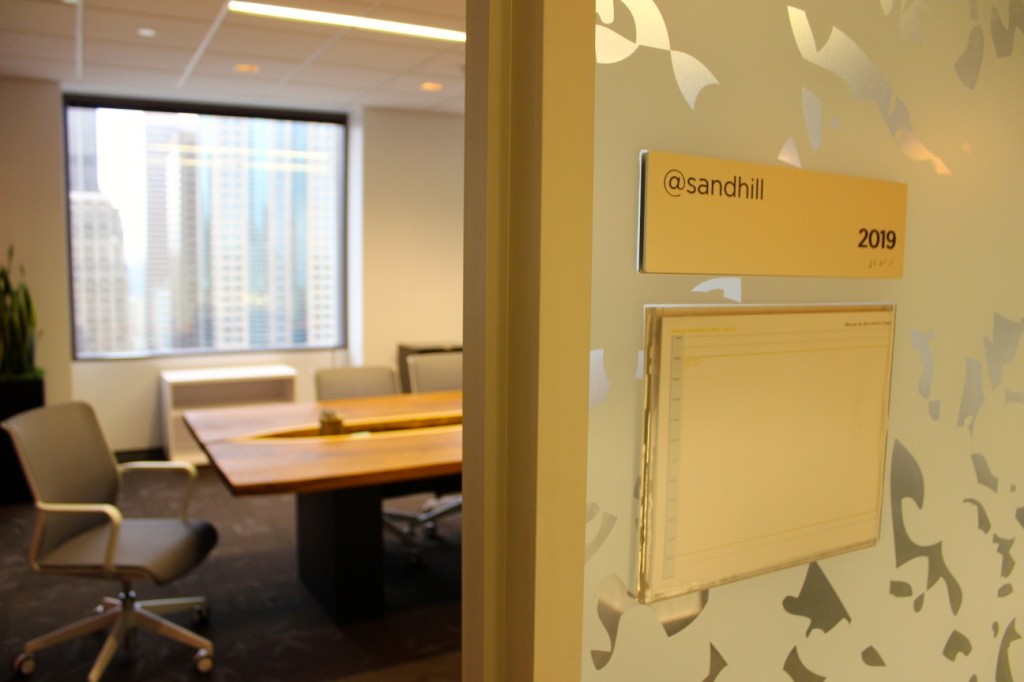 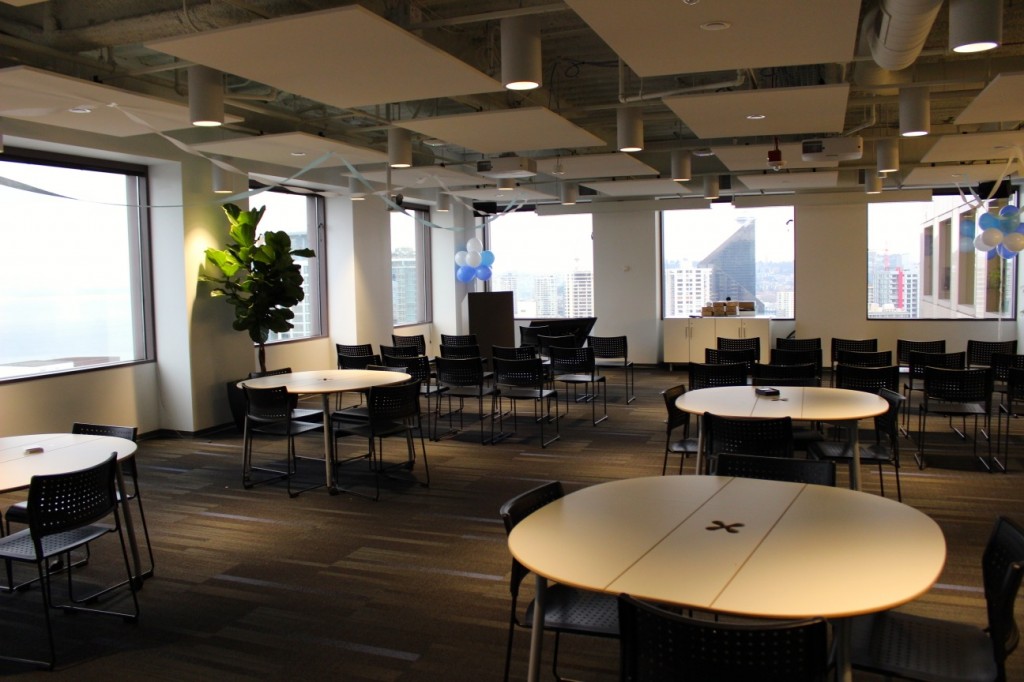 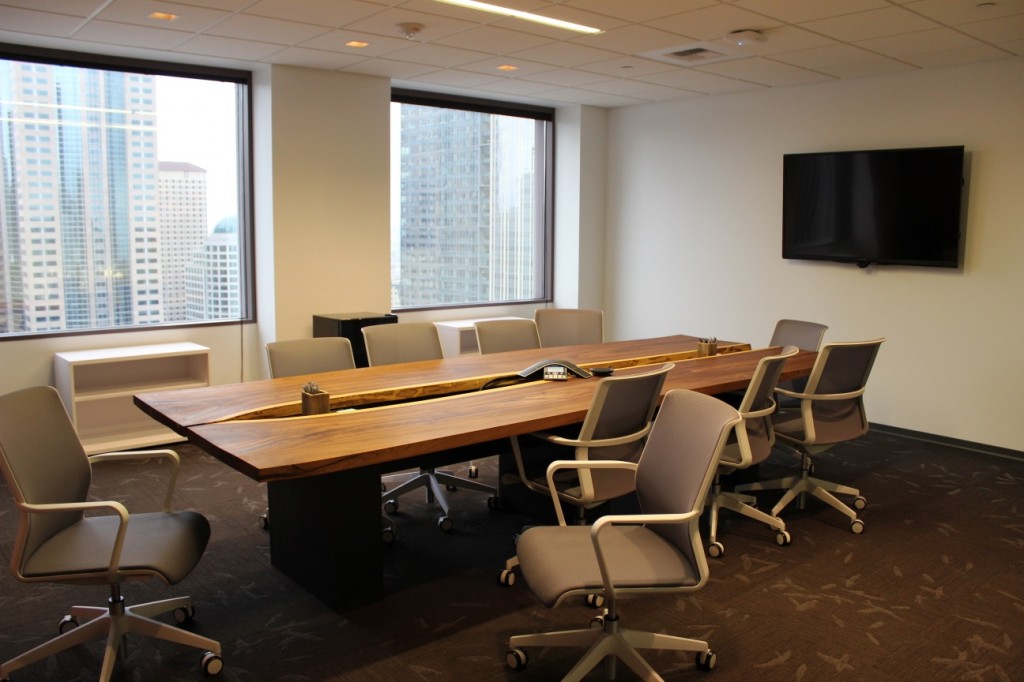 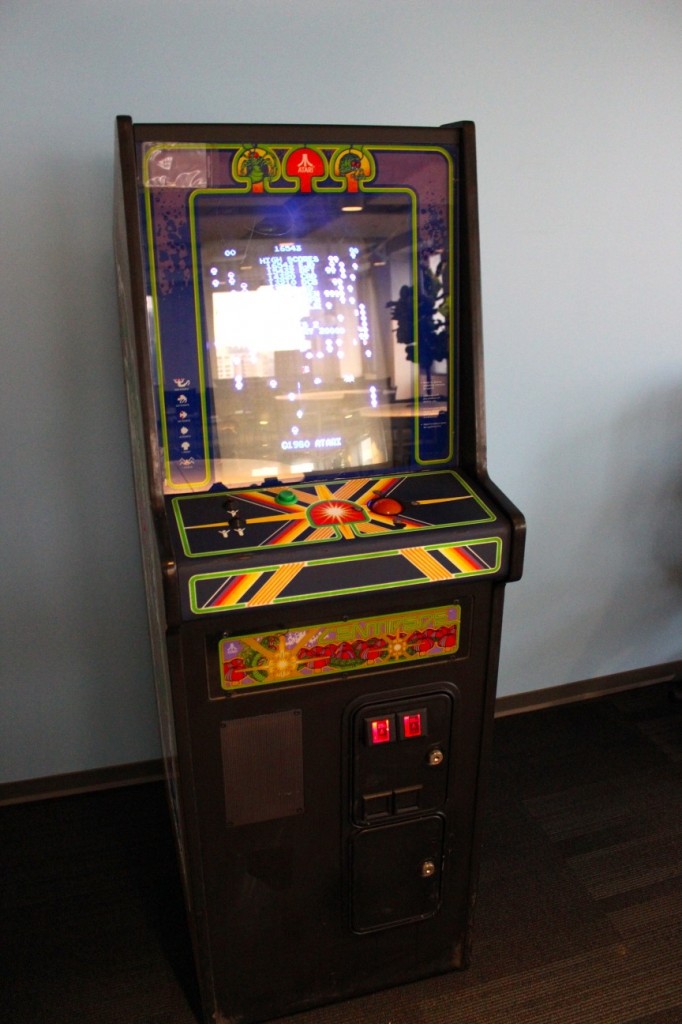 Editor’s note: This story previously noted that Jeff Currier had worked at Twitter for four years, but has been corrected to two years.