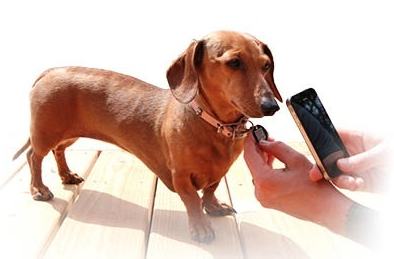 As a result of the deal, PetHub has acquired GetPetsHome’s user list and domain name. The three employees from GetPetsHome, which also made QR-coded ID tags for pets, will not be joining PetHub.

GetPetsHome users will be receiving an email with electronic voucher codes that they can use to redeem free digital ID tags from PetHub which expire at the end of this month.

PetHub sells QR-code enabled pet tags that contain critical information, including multiple contact numbers and pet health data. Owners can set up accounts on PetHub platform and receive notifications when their pet has been found.

About a third of animals will go missing in its lifetime, according to American Humane Association. Even when an animal reaches a shelter, only 25 percent will return to its original family and 50 percent will never leave the shelter.

Founder Tom Arnold told us that in the last two years, 96 percent of animals with PetHub’s technology reunite with their families in less than one day.

PetHub, which has raised just north of $3 million, has partnerships with several collar and tag-makers. The company just signed a new deal with two pet insurance companies and is setting up another partnership next week with The American Society for the Prevention of Cruelty to Animals