Meteor Entertainment, publisher of the PC combat game Hawken, has closed its Seattle office and is consolidating operations into its Los Angeles studio. Meteor’s former CEO Mark Long confirmed to GeekWire today that he stepped down late last year, and that the company’s chief product officer, Bill Wagner, is now running things.

The changes are a swift reversal for Meteor Entertainment, which has raised roughly $28.5 million in two rounds of funding to financially support the development of Hawken (in partnership with Adhesive Games in Los Angeles). Investors included Rustic Canyon Partners, Benchmark Capital and FirstMark Capital.

Long, who is a 20-year-plus veteran of the video games business, said the consolidation of the two studios has been happening for awhile. “Two studios got us to market fast, but inefficient in the long run,” he said, in an email. 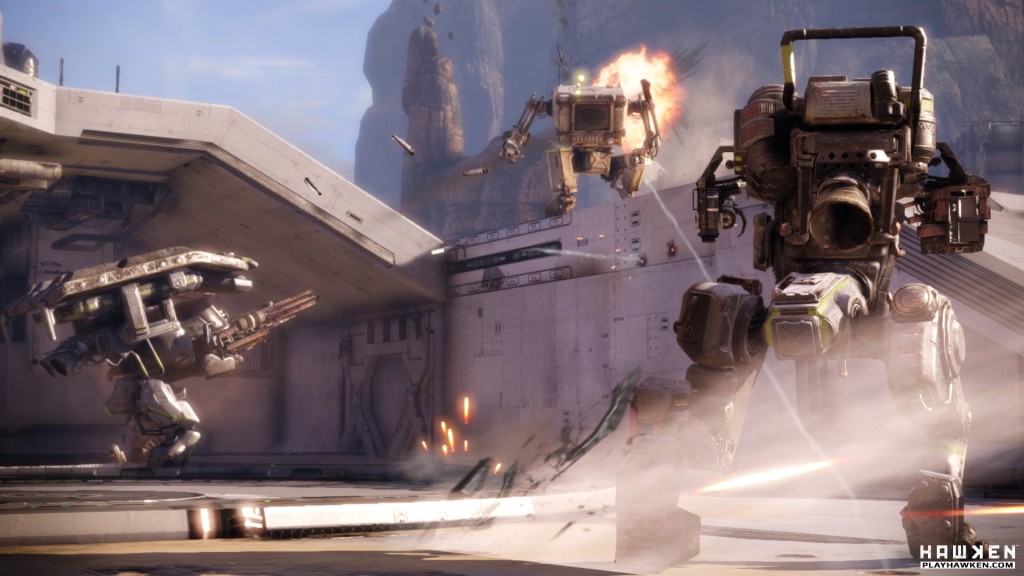 We hear the closure of the Meteor office in Seattle’s Pioneer Square neighborhood is so final that even the furniture is for sale. Wagner did not immediately reply to an email seeking comment.

It’s not clear how many jobs were affected by the closure of the Seattle office.

But the executive changes and the office closure are not the only change. The PC game is now being distributed through Valve’s Steam platform after an initial attempt to market the game directly to consumers.

Video game site Kotaku said that despite strong initial interest surrounding the first-person shooter, the game was “missing in action for the majority of 2013.” It’s now getting a second chance after being released last month on Steam, where it cost $30 in the beginning. The cost was intended on keeping participation low while the game’s kinks were worked out. More recently, the game became free-to-play with a number of bundles for sale, according to its community posts.

Since the company has not released any metrics, it’s hard to know how the game is performing, however, it’s unlikely it has lived up to expectations if it is switching platforms to seek a wider audience. In an October 2012 interview, Long told GeekWire that he expected the game to earn more than $100 million in revenue, and gain between five and 10 million players during its first year.

But all hope may not be lost. Reviewers gave the game a score of 73 out of 100, based on the assessment of seven critics, who applauded the game’s graphics, but criticized its free-to-play system.

Other bugs remain. In a letter released yesterday on the game’s forum, a spokesperson said voice communication isn’t working all the time for its players. “It only works some of the time and we are working to address that,” Meteor said.