It isn’t the best day for Xbox Live to go down, but indeed, that’s what happened Tuesday afternoon.

Hours after the highly-anticipated Titanfall launch, many Xbox One owners reported problems logging into Xbox Live:

oh sweet, Xbox live is down when I'm trying to set up my Xbox One

now Xbox Live is down, you've got to be kidding me :(

Okay, beautiful weather means the wife and kid are outside walking and I'm ready to play Titanfall. Which means Xbox Live is down.

The outage is affecting Xbox One owners, according to the Xbox Live status page. Microsoft, however, is denying that the hiccups have anything to do with Titanfall:

If you are having issues signing into Xbox Live, we are aware of it and actively working on the issue. This is not a #Titanfall issue 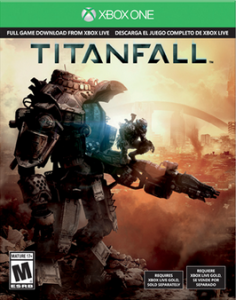 Earlier today, Titanfall gamers were complaining of server issues. Titanfall’s developer, Respawn Entertainment, moved quickly to release a software patch that appeared to take care most of the connection issues.

Titanfall, the highly-anticipated online-only game that Microsoft is counting on to help increase Xbox One sales, is taking the unusual approach of relying on Microsoft’s Azure cloud services, which up until now has mainly been hosting business applications.

We’ll update this page as we learn more.

not being able to play #titanfall because xbox live is down is shameful and infuriating. #firstworldproblems

Bought Titanfall for Xbox One today. Now I can’t play because Xbox Live is down… And we as day one customers are never compensated.

I bought Titanfall and Xbox live is down for xbox one smh what's up with that @XboxSupport come on now ????

Thanks for your patience, Xbox Live is good to go! Try these specific steps to get back in the game now: http://t.co/iakwR3sZDz ^CW

The Xbox Live status page still shows problems, though. Microsoft advises those who had trouble signing in to power cycle your Xbox One.