Dozens of unhappy gamers complained of server issues early this morning, shortly after Titanfall launched at midnight around the world.

One gamer, using theTwitter handle @ShaneMlsley, quipped: “Good thing I preordered #titanfall. How else would I have the chance to see this for 15 minutes. #titanfail.” The tweet was accompanied with a photo of the game trying to connect and initialize.

Another gamer, tweeting under the name @Wright_Doug said: “Defeats the whole purpose of a midnight launch when the servers aren’t even running, right @Titanfallgame? More like #Titanfail.”

When there appeared to be a problem, Titanfall’s developer, Respawn Entertainment, moved quickly to release a software patch that appeared to fix most of the connection issues.

In a statement posted on Facebook 10-plus hours ago, Respawn wrote: “We’re aware that some users may have experienced early issues on PC and Xbox One. We’ve just pushed a patch that’s now recovering servers quickly. Players will load into Private Lobbies much faster and we’re continuing to monitor. Thanks for sticking with us on launch night, we appreciate your support!”

The lack of major hiccups — so far — is a vote of confidence for Microsoft’s Azure cloud services, which have up until now been used for hosting business applications or for events like the Olympics in Sochi. It’s also good for Electronic Arts, the game’s publisher, which has had problems with recent launches, such as SimCity and Battlefield. 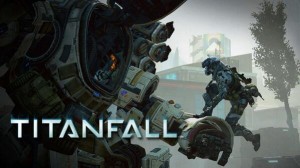 In particular, Titanfall was more susceptible to overloading because it cannot be played alone and must be played online in a six versus six multi-player environment. Any gamers who encountered problems weren’t able to play offline while things were being fixed.

Wall Street analyst Arvind Bhatia at Sterne Agee put out a note this morning to investors, saying that reviews were quite favorable and in-line with expectations. Bhatia is forecasting six million units shipped in the first year.

The benefit of using Microsoft’s Azure cloud infrastructure was for for the game to be able to scale as players logged in. We are still waiting to hear back from a Microsoft spokeswoman to find out what happened this morning.

While surviving the first 12 hours is a good sign, Titanfall is not completely out of the woods yet. Conceivably, more players will be online today as they get off work and out of school and get settled in to play the first-person shooter for endless hours.

Related: Xbox Live is down, but Microsoft says it has nothing to do with Titanfall