On a Friday morning in June, the world woke up to the shocking news that Amazon had agreed to acquire Whole Foods Market for $13.7 billion in a move that immediately upended an entire industry. And somehow that wasn’t even the company’s biggest story of the year.

Amazon made countless headlines at GeekWire and in news outlets around the globe 2017 thanks to a dizzying array of big moves that would represent years of activity for most big tech companies. Amazon has added more than 235,000 employees over the last four quarters, and in 2017, its stock price has risen more than 53 percent.

All this progress has made Amazon CEO Jeff Bezos the world’s richest person, with a net worth exceeding $100 billion.

It would be pretty much impossible to list everything Amazon has done this year, so we’ve picked out a few key storylines from 2017, and a couple trends to keep an eye on for next year. But first, a few honorable mentions among the biggest Amazon stories of the year.

Even more stunning than Amazon’s Whole Foods purchase was the surprise announcement that Amazon will set up a second “co-equal” North American headquarters. In September, the company put out a splashy request for proposals for the project, famously known as HQ2, where Amazon plans to invest $5 billion in a campus with room for 50,000 workers.

Amazon got 238 responses from cities eager to lure the retail giant. There were wacky stunts, massive tax incentives and even a pitch from Amazon’s home region. Other cities responded but were not interested in “blindly giving away the farm,” while groups from some cities took a hard pass on trying to lure the tech giant.

The widely publicized move spurred debates about tax incentives, futuristic transportation planning and a critical look at the complicated relationship between Amazon and its home town.

Amazon’s move even inspired us here at GeekWire to seek out an HQ2 of our own. In the end, we picked Pittsburgh, and the GeekWire staff is psyched to tell the story of the Steel City’s evolution into a tech hub. And maybe Amazon will pick Pittsburgh too, and we will look like Techstradamus.

Grocers beware, Amazon is coming for you

Prior to Amazon’s acquisition of Whole Foods, the retail giant was already making a big grocery push. Late last year, it announced the checkout-free Amazon Go store format, and then in May it opened a drive-up grocery format called AmazonFresh pickup.

But then the Whole Foods deal changed everything. Whole Foods’ 473 stores gave Amazon a significant retail footprint. In August, after the deal closed, Amazon began cutting prices on some items, and selling Amazon devices in Whole Foods stores. And that is just the tip of the iceberg of what the new Amazon-owned Whole Foods will look like.

Amazon also jumped into a popular offshoot of the grocery industry, pre-prepared meal kits. Amazon started testing a service comparable to Blue Apron earlier this year, and we got a chance to try it out. News of this move took its toll on Blue Apron, the meal kit leader that went public earlier this year and saw its stock crater.

In a side effect of the Whole Foods deal, top grocers are looking at ways to modernize their offerings, and they are making significant investments in online shopping and new pickup and delivery services. That has been a boon for Amazon rival Instacart, which has landed agreements with the nation’s top grocers for food deliveries.

Amazon’s digital brain Alexa has amassed more than 25,000 skills, and she is showing up in more devices all the time. In 2017, Amazon released 10 new and updated Alexa-powered devices, including everything from a touchscreen Echo, the game-focused Echo Buttons, an Echo device devoted to fashion, a smart cooking assistant, new versions of the flagship Echo, Fire TV, Fire Tablet and more.

Amazon said it sold “tens of millions of Alexa-enabled devices” worldwide during the holiday season, and the pint-sized Echo Dot was the top-selling item on all of Amazon during the holiday shopping period. The company doesn’t disclose specific numbers, but the result appears to be up significantly from last year, when Amazon said it sold mere “millions” of Alexa-enabled devices.

A study from November estimated that Amazon had an approximately three-to-one advantage in marketshare over Google in the smart speaker market at the time. But more competition is on the way from tech giants like Apple, Alibaba and Samsung.

This year also saw Alexa show up in a variety of third-party devices, an outcome of Amazon deciding to open up the digital brain to developers and device makers in 2015. She also went global, with the announcement earlier this month that Amazon is launching three of its Echo devices with Alexa in 80 additional countries. 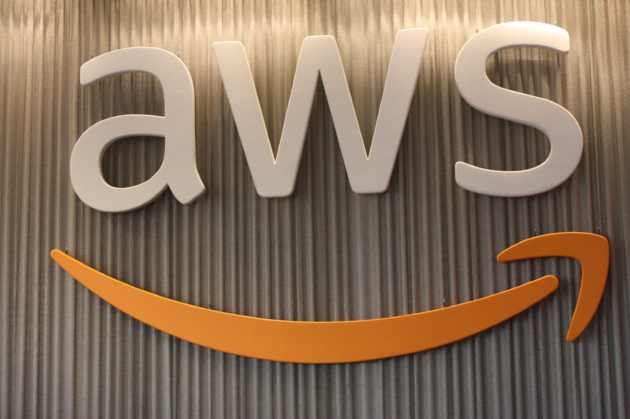 In its most recent quarter, Amazon’s cloud arm Amazon Web Services once again kept Amazon in the black, contributing $1.2 billion in operating profit to the company’s overall bottom line. AWS continues to defend its turf despite renewed competition from the likes of Microsoft, which reported revenue growth of 90 percent for its Azure cloud service in the most recent quarter.

AWS’ continued success is raising questions about it spinning off from Amazon’s main business. Amazon’s ever-expanding ambitions are starting to impact AWS. Prominent retailers, most recently Kroger, acknowledging Amazon’s impact on their businesses, have started taking going elsewhere to fulfill their cloud needs. Walmart has gone even further, encouraging its vendors to stay away from AWS as it takes in Amazon in the physical and digital retail realms.

It is unclear if spinning off AWS would mollify these issues. And for what it’s worth, the head of AWS doesn’t see it happening in the near future.

“I’ve been at Amazon for 20 years, and I’ve learned to never say never. But I’d be very surprised, because there isn’t a need to do so,” AWS CEO Andy Jassy said in response to a question about the potential for a spin-off during a press conference following his keynote address at AWS re:Invent in Las Vegas last month.

Are you ready for some football? Amazon is

This year, Amazon outbid Twitter and a number of other suitors for the rights to stream 11 NFL games this season, at a reported price of $50 million. The games have drawn a smaller viewership than Twitter did last year. But consider that Amazon’s offerings were only available to Amazon Prime subscribers, while Twitter’s games were free to anyone with an account.

A recent report predicted that Amazon is just beginning its live sports push. Amazon will first go after packages to stream the top soccer league in the world, the English Premier League, according to the report, and eventually compete for exclusive rights deals for major U.S. leagues.

If Amazon wants to go that direction, it will certainly have to pay up. NBC paid $950 million for 19 games per season for Sunday Night Football through 2022. That works out to a per game cost of $50 million, the same Amazon paid for its entire package this season. Fox’s Major League Baseball package cost $500 million per season for 42 games, or close to $12 million per game.

While 2017 certainly was a big year for Amazon, 2018 is shaping up to deliver plenty of news as well. Amazon keeps its plans close to the vest, so it is sure to deliver some big surprises that no one could see coming. But here are a few things we are keeping our eyes on into the new year.

Where will HQ2 land?

HQ2 was a hot topic over the Christmas dinner table, and it will continue to be a conversation piece until Amazon makes a decision. Amazon said it would decide next year, but didn’t give an exact timeline.

Some signs point to Pittsburgh as a favorite, others to Boston. Several reports indicate that there might be a shortlist on the way. Who knows if and when Amazon might announce it, and given its penchant for secrecy, the winning bidder may not know much sooner than the rest of us.

When will Amazon Go open to the public?

When Amazon announced the Amazon Go store concept that uses technology to eliminate the bottleneck of the checkout process, the retail giant said it would open to the public in early 2017. But it’s now been more than a year since the initial announcement, and issues with the tech have kept the store from progressing beyond a beta test open to employees only.

Recent reports indicate that the technology is close to ready for primetime, but Amazon has stayed mum about the status of Amazon Go. We expect the first store in Seattle to open to the public next year, and if all goes well, perhaps an expansion is in the cards.

Amazon’s Denny Triangle campus has transformed the neighborhood just north of downtown Seattle, and the triumvirate of orbs that share the block with the new Day One building are the centerpiece of it all. They are set to open in early 2018, and will be home to 40,000 different plants from around the world.

Designed as office and meeting space for Amazon employees, the Spheres will be replete with little hideaways and interesting meeting areas, such as the “nest” space that Amazon recently showed off on Instagram. Unfortunately these iconic structures will be mostly closed off from the public, but they will be part of the company’s campus tours.

Whatever happens to Amazon in 2018, we’ll be on it. Follow all of GeekWire’s Amazon coverage here.