Microsoft’s Build developer conference starts Wednesday morning at San Francisco’s Moscone Center, giving the company a new chance to court one of its most important audiences: developers who use Microsoft’s software tools and cloud platform to make and deploy apps and services. 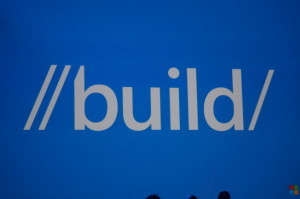 GEEKWIRE AT BUILD: Follow the Microsoft developer news from San Francisco on GeekWire this week starting on Wednesday morning.

It’s a new world. Microsoft’s developer and cloud technologies have become increasingly compatible with iOS, Android and Linux — a necessary and pragmatic move for the company given the dominance of competing smartphone platforms and the rise of open-source technologies.

And don’t forget HoloLens. The company’s Windows 10-powered blended reality headset ships to developers on Wednesday, the first day of the Build conference, and HoloLens gives Microsoft a chance to impress the audience at an event where coding demos normally get the biggest cheers.

But how big is Windows 10 now? Microsoft announced in January that the operating system was active on 200 million devices — thanks in part to its rollout on the Xbox One. Depending on the momentum since then, the Build conference could give the company a chance to tout its progress toward its goal of reaching 1 billion Windows 10 devices within two to three years of launch.

Last year at Build, the company announced tools to make it easier for developers to bring their iOS and Android apps to Windows. Since then, the Android plan has reportedly run into roadblocks, so this year’s conference offers a chance to update developers on the status of these plans.

Here’s another litmus test: what will Microsoft executives say about their smartphone strategy, if anything? Windows 10 Mobile rolled out earlier this month, but Microsoft needs some kind of breakthrough with developers to get its smartphone business back in the game. After writing down its giant Nokia acquisition, the company last year signaled that it would be narrowing its own catalog of first-party smartphones.

The event also gives Microsoft a chance to talk about growing library of apps, including such acquisitions as Wunderlist, Swiftkey, Talko and many other apps that were originally made for competing mobile platforms. 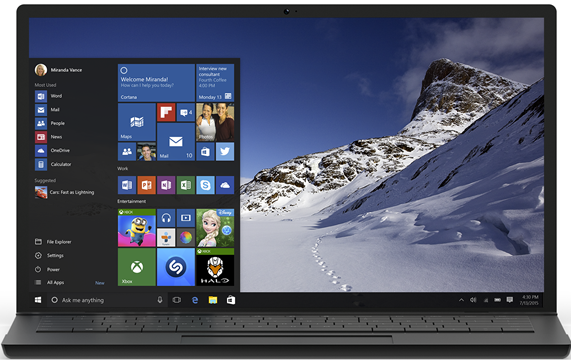 On the Windows Server front, expect to hear about the integration of container management and orchestration into Windows Server 2016 and Microsoft Azure, says analyst Al Gillen, group vice president for enterprise infrastructure at the IDC research firm. Container technology bundles up an app and the components needed to run it in an easy-to-deploy package. Containers were born on Linux, but Microsoft has been working with container technology platform Docker to bring containers to Windows.

“I expect to hear Docker, Mesosphere, Kubernetes and a lot of next gen application frameworks being discussed,” Gillen said via email.

And don’t underestimate Microsoft’s ability to surprise people. The recent news that SQL Server will be released for Linux “was a blockbuster announcement and opens the door for more Microsoft server platforms to be ported,” Gillen said. “No Dorothy, we’re not in Kansas anymore!”

He noted that this development may tie into the open-sourcing of .NET and Microsoft’s recently announced acquisition of Xamarin.

Peter Bright at Ars Technica says he’s “expecting to finally learn the company’s plans for opening up the Xbox One as an app platform that any developer can target, realizing the nearly decade old vision of ‘three screens and a cloud.’ ”

Tom Warren at The Verge is “hoping to hear more about changes to Cortana in Windows 10, and how the digital assistant will get a lot more powerful across Windows, iOS, and Android.”

In the buildup to the event, Microsoft insiders teased the announcements at Build by saying attendees would “FREAK OUT” over new Windows 10 features that would “CHANGE EVERYTHING.” Those tweets were quickly deleted, but we’ll soon find out if the sentiment was legit.