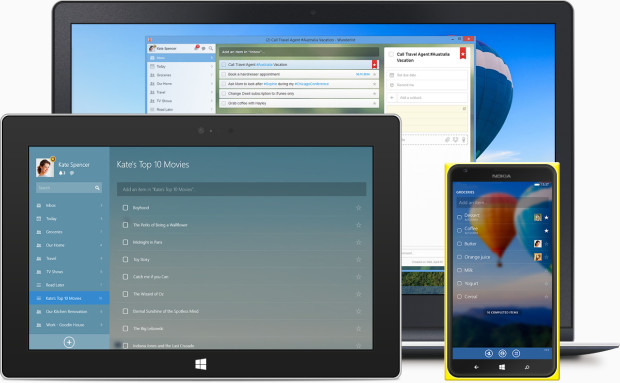 The Wall Street Journal reports that the company, acquired for $100 million to $200 million, will stay in Berlin while reporting to the Redmond offices. Wunderlist debuted across Windows 7 and 8 in November, bringing it to all three major app platforms.

Wunderlist announced an API last month, allowing other productivity software like Slack to integrate its powerful to-do lists. Wunderlist and Sunrise recently announced integrations as well, so Sunrise users could see due dates in their calendar. Microsoft reworked Acompli to fit in with the Outlook brand earlier this year.

Wunderlist is available for iOS, Android, Windows, Mac and through a browser. Accounts are free, but a premium version unlocks subtasks and better team management tools.

A number of venture capital firms back 6Wunderkinder, including Atomico, Earlybird Venture Capital and Sequoia Capital. Microsoft is not commenting on the reported deal.

Update: This post was edited to reflect corrections in the Wall Street Journal report.