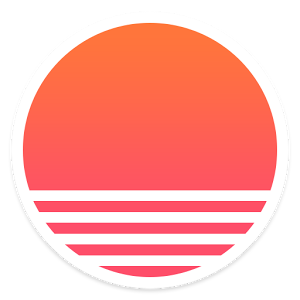 Microsoft confirmed that it has acquired calendar app maker Sunrise today, after rumors of the deal surfaced last week.

The terms of the deal aren’t clear, though Sunrise co-founders Pierre Valade and Jeremy Le Van said in a post to the company’s blog that Sunrise will remain free and available on all of the platforms it currently works with, including iOS, Android and the web.

The acquisition is an important one for Microsoft’s future cross-platform ambitions, especially since Sunrise’s apps are very well reviewed. Over the past year, Microsoft has pushed further into iOS and Android development with versions of Office for the iPad and Android tablets, along with the Outlook app it launched last month. The acquisition of Sunrise will give the company access to calendar technology on a variety of platforms, including the web, iOS, Android and Amazon’s FireOS flavor of Android.

It seems that Microsoft could use some of Sunrise’s scheduling chops – the confirmation of the deal first came in the form of a YouTube interview with Valade and Acompli CEO Javier Soltero that was posted earlier this morning and then subsequently hidden.

That was oddly reminiscent of Microsoft’s acquisition Acompli last year, which was prematurely revealed through the publication of a post to Microsoft’s official blog. Acompli went on to become Outlook for iOS and Android, which Microsoft launched last month.

In a post to the Official Microsoft Blog, Rajesh Jha, the corporate vice president for Outlook and Office 365, said that Sunrise’s tech will be rolled into Microsoft’s other products in addition to remaining in its standalone form.