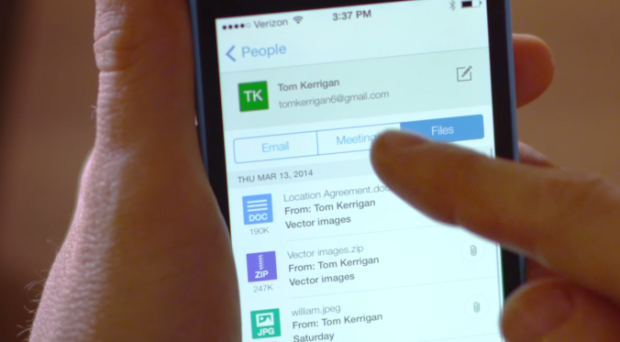 Microsoft announced today that it has purchased Acompli, a company that makes professional-grade email apps for iOS and Android. The Acompli team will be working with Microsoft’s Outlook team on email products. The terms of the deal were not disclosed by the companies, but Re/code reports that the purchase price is more than $200 million.

The deal is not a big surprise: The news comes after a draft post on the Official Microsoft Blog inadvertently was made public last week, hinting at the acquisition. It’s an interesting move for the Redmond-based company, since Acompli’s entire portfolio is based in mobile platforms that Microsoft doesn’t control.

Current users of Acompli’s products don’t have to worry about losing their favorite email app yet. The team is in the process of integrating with Microsoft, but the apps will continue to function, and Acompli CEO Javier Soltero said in a blog post that the company still plans to add new features “every couple of weeks.”

Beyond that, it’s not clear exactly what the future holds for Acompli’s apps. The company will work with Microsoft to integrate its applications with Office 365, but beyond that, the future is a bit foggy. Microsoft has an official Outlook Web Access app for iOS and Android, but that requires users have an up-to-date Office 365 Business subscription. People who want to access their Outlook email on the go without one of those subscriptions must turn to third-party clients like Acompli.

The deal is in keeping with Microsoft’s ongoing strategy shift under new CEO Satya Nadella towards opening up its products on iOS and Android. Case in point: Microsoft recently began external beta testing on Office for Android tablets, and released Office for iPad earlier this year.

Based in San Francisco, Acompli is venture-backed, having raised $7.3 million in Series A funding from Redpoint Ventures and others.