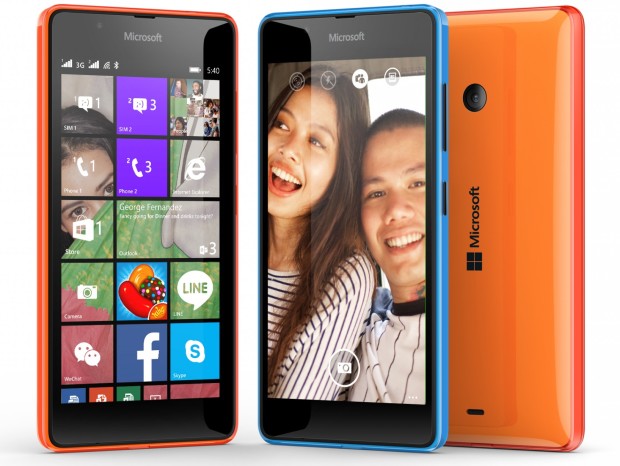 Microsoft is not getting out of the smartphone business, at least not entirely.

However, the company is dramatically changing its approach to the market with the news today that it will be cutting 7,800 additional jobs and taking a $7.6 billion charge on its acquisition of Nokia’s smartphone business.

“We plan to narrow our focus to three customer segments where we can make unique contributions and where we can differentiate through the combination of our hardware and software,” said Microsoft CEO Satya Nadella, explaining the plan for the phone business in his email to employees this morning. “We’ll bring business customers the best management, security and productivity experiences they need; value phone buyers the communications services they want; and Windows fans the flagship devices they’ll love.”

So how is that a narrower focus? People inside Microsoft say the plan is to shift away from the company’s current broad array of Lumia phones to a more targeted approach — developing fewer device models, working with a smaller number of carriers, and focusing on regions where Microsoft phones are doing well, or which hold broader strategic importance to the company.

In practical terms, that means Microsoft is no longer holding out hope of overtaking Google, Apple or Samsung in the smartphone market. Instead, the company will focus on making selected devices that demonstrate the capabilities of Windows 10 and the company’s apps and cloud services.

Because Microsoft’s own Lumia devices dominate the Windows Phone market, “this will mean a collapse of the OS in the mobile world in the short-term,” said wireless industry analyst Chetan Sharma via email this morning.

“This could bring new OEMs as they will feel less threatened by Microsoft now but it is a difficult climb up due to a weaker (developer) ecosystem,” he said. “This could change in 12-18 months but it remains to be seen.”

@frank_meehan the worst one in the history of the industry

Sharma noted via email, “Satya probably decided on this as soon as he came on board and this is just unraveling of the undoing of the poor Nokia acquisition strategy. Microsoft paid the price of being late and is being Zuned out of the market. Even after the acquisition, a series of execution blunders meant that the phone business never had a shot.”

“Satya is saying that Microsoft needs to build hardware to promote Windows, not as a business on its own. That affects smartphones, but Surface as well,” said Rob Helm, managing vice president at the Directions on Microsoft research firm. “I would expect Microsoft to concentrate on high-end devices that incorporate new technology like face recognition and show off how Windows takes advantage of it.”

Helm said he could see Microsoft producing phones that are managed and secured by enterprise customers, similar to the original Windows Mobile model. He also envisions the company reducing its presence or exiting the market for low- to mid-range smartphones, where Nokia had a strong presence.

He concluded, “Microsoft will probably keep making showpiece phones for its most loyal customers, to promote Windows but also to make sure it doesn’t get blindsided by emerging technologies the way it was by the technologies that made the first iPhone.”