Microsoft this morning confirmed that it will be cutting 7,800 additional jobs, primarily in its Windows Phone business, and taking a $7.6 billion charge related to its acquisition of Nokia’s smartphone division, plus a restructuring charge of another $750 million to $850 million. 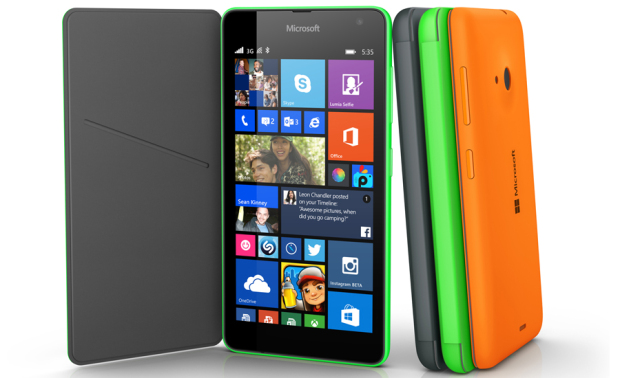 The moves dismantle large parts of the Nokia acquisition — one of the largest deals in Microsoft history — and mark Microsoft retreat from its past ambitions to position Windows Phone as a major player in the smartphone market.

“I am committed to our first-party devices including phones,” says CEO Satya Nadella in an email to employees. “However, we need to focus our phone efforts in the near term while driving reinvention. We are moving from a strategy to grow a standalone phone business to a strategy to grow and create a vibrant Windows ecosystem that includes our first-party device family.”

In other words, Microsoft’s phone business is no longer about challenging Apple, Google or Samsung for supremacy in smartphones, but rather about supporting and showcasing its broader Windows business. Windows Phone’s market share remains stuck at less than 3 percent worldwide, compared to 78 percent for Android and 18.3 percent for iOS, according to the latest research from IDC.

Nadella added, “We plan to narrow our focus to three customer segments where we can make unique contributions and where we can differentiate through the combination of our hardware and software. We’ll bring business customers the best management, security and productivity experiences they need; value phone buyers the communications services they want; and Windows fans the flagship devices they’ll love.”

Today’s announcements come a little more than a year after Microsoft completed its $7 billion acquisition of Nokia’s devices and services business, the last big deal of former Microsoft CEO Steve Ballmer’s tenure at the company. The cuts come in addition to 18,000 job cuts made by the company last year — which also included about 12,000 jobs related to the Nokia acquisition.

Update: The cuts announced today are expected to hit workers primarily outside the U.S. The impact in the Seattle region appears to be relatively minimal, compared to past layoffs by the company.

Nadella is trying to bring new focus to the company with these moves. The announcements follow the news last week that Microsoft would be selling mapping assets to Uber and exiting the display advertising business through a deal with AOL. Microsoft also recently combined its Windows and devices businesses under Terry Myerson. Former Nokia CEO Stephen Elop, who returned to Microsoft with the acquisition, left the company as part of those changes.

Here’s the full text of Nadella’s email to employees this morning.

Over the past few weeks, I’ve shared with you our mission, strategy, structure and culture. Today, I want to discuss our plans to focus our talent and investments in areas where we have differentiation and potential for growth, as well as how we’ll partner to drive better scale and results. In all we do, we will take a long-term view and build deep technical capability that allows us to innovate in the future.

With that context, I want to update you on decisions impacting our phone business and share more on last week’s mapping and display advertising announcements.

We anticipate that these changes, in addition to other headcount alignment changes, will result in the reduction of up to 7,800 positions globally, primarily in our phone business. We expect that the reductions will take place over the next several months.

I don’t take changes in plans like these lightly, given that they affect the lives of people who have made an impact at Microsoft. We are deeply committed to helping our team members through these transitions.

In the near term, we will run a more effective phone portfolio, with better products and speed to market given the recently formed Windows and Devices Group. We plan to narrow our focus to three customer segments where we can make unique contributions and where we can differentiate through the combination of our hardware and software. We’ll bring business customers the best management, security and productivity experiences they need; value phone buyers the communications services they want; and Windows fans the flagship devices they’ll love.

In the longer term, Microsoft devices will spark innovation, create new categories and generate opportunity for the Windows ecosystem more broadly. Our reinvention will be centered on creating mobility of experiences across the entire device family including phones.

Mapping. Last week, we announced changes to our mapping business and transferred some of our imagery acquisition operations to Uber. We will continue to source base mapping data and imagery from partners. This allows us to focus our efforts on delivering great map products such as Bing Maps, Maps app for Windows and our Bing Maps for Enterprise APIs.

Advertising. We also announced our decision to sharpen our focus in advertising platform technology and concentrate on search, while we partner with AOL and AppNexus for display. Bing will now power search and search advertising across the AOL portfolio of sites, in addition to the partnerships we already have with Yahoo!, Amazon and Apple. Concentrating on search will help us further accelerate the progress we’ve been making over the past six years. Last year Bing grew to 20 percent query share in the U.S. while growing our search advertising revenue 28 percent over the past 12 months. We view search technology as core to our efforts spanning Bing.com, Cortana, Office 365, Windows 10 and Azure services.

I deeply appreciate all of the ideas and hard work of everyone involved in these businesses, and I want to reiterate my commitment to helping each individual impacted.

I know many of you have questions about these changes. I will host an employee Q&A tomorrow to share more, and I hope you can join me.