It was lots of fun hearing from some of our region’s most creative entrepreneurs today at the GeekWire Summit, as we had a chance to learn about five super cool innovations that we love.

If you’re geeky and you love beer, PicoBrew might be of interest.

After absolutely obliterating its crowdfunding campaign goal and raising $661,026 from Kickstarter backers last year, PicoBrew completed a $1.2 million Series AA round from angel investors this past May. Learn more about PicoBrew here.

Poppy, created by Urbanspoon co-founder Ethan Lowry and Snapvine founder Joe Heitzeberg, turns iPhones into a camera that can be used to watch any 3D video or photographic content.

“The inspiration of Poppy was looking at this old analog non-electronic technology and merging it with a shiny bright new iPhone,” Lowry said.

Lowry and Heitzeberg got Poppy off the ground with a strong crowdfunding campaign last summer — raising more than $190,000, well past the original goal of just $40,000. We had a chance to try out the $59.95 device when we interviewed Heitzeberg on the GeekWire radio show and learned all about the story behind Poppy. Listen to the segment here, or read the Q&A here to find out more.

Brooke Martin’s new dog had separation anxiety, so naturally, the young entrepreneur came up with a geeky solution. 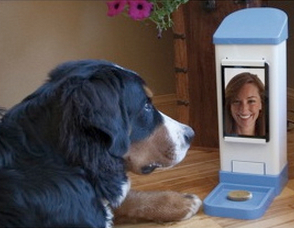 Martin, a 14-year-old from Spokane, invented an Internet-enabled device powered by a Raspberry Pi computer that allows dog owners to video chat with their pups and automatically deliver a dog treat from afar.

Before creating iCPooch, Martin found that 10 million dogs have separation anxiety. She wondered how dog owners could connect with their pets away from home.

“I like to video chat with friends and family, so I thought, why not your dog?” Martin explained today.

Martin has sold 400 iCPooch units and plans to make them available at retailers this holiday season.

“I’ve learned so much,” Martin said of her entrepreneurial experience thus far. “The biggest thing is just to keep moving on with your idea and really take it as far as you can.”

Davide Vigano has a few health issues and wants to make sure he’s exercising properly. His invention helps make that happen. 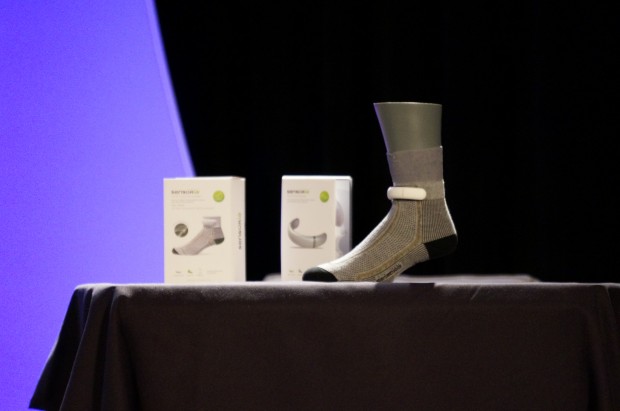 Vigano, who previously spent 22 years at Microsoft, co-founded a Redmond-based maker of smart garments called Sensoria back in 2011. The company has developed socks with embedded sensors that can track your movements and measure how well you’re walking or running, in addition to sports bras and shirts that track heart rates. All that data is relayed to Sensoria’s mobile app in real-time, allowing users to track how they exercise.

Vigano said today that Sensoria’s devices are the most-accurate pedometers in the market that can also improve running form.

This past July, the startup reeled in a $5 million Series A round. Learn more about Sensoria here.

Seattle is the center of the universe for asteroid mining exploration.

That’s according to Chris Lewicki, chief asteroid miner — yes, that’s his title — at Planetary Resources, a Bellevue-based startup backed by some of the biggest names in technology and aerospace that plans to send its Arkyd spacecraft into orbit to ultimately swarm asteroids to mine natural resources like water and platinum group metals.

“The point is to enable humans to eventually become a multi-planetary species,” Lewicki said today.

Founded in 2009, Planetary Resources is working with NASA to provide a cash bounty for improved asteroid detection software that would help find asteroids on a collision course with Earth as well as give Planetary Resources more potential mining targets. The company also company wants to take asteroids and turn them into interstellar pit stops, where spaceships could stop and refuel.

Here’s a look at all of the pitches: