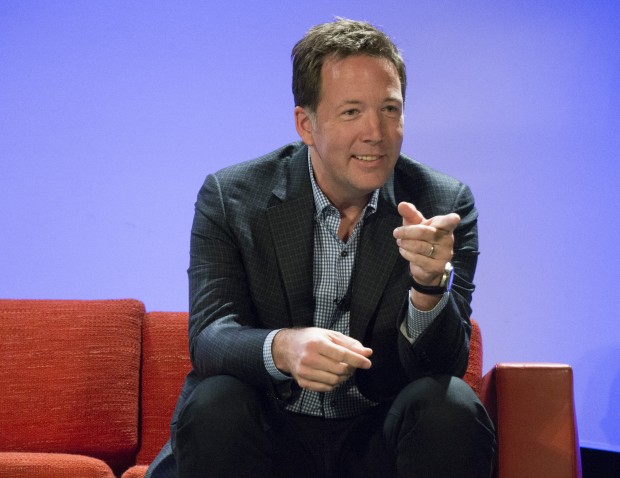 In three days, Steven VanRoekel will leave his post as the U.S. Chief Information Officer and help coordinate the administration’s response to the Ebola virus outbreak in Western Africa.

VanRoekel, a former Microsoft executive who helped launch the original Xbox and Windows XP while in Redmond, spoke today at the GeekWire Summit in Seattle and shared his thoughts on how technology can help the effort to stop the deadly disease.

VanRoekel first noted how healthcare workers have to wear bulky Personal Protective Equipment suits that were designed to be used in lab environments — not sweltering summers in Western Africa.

“The doctors I’ve talked to can spend 20 to 40 minutes in these things when they actually need to work 12-hour shifts [in Africa],” he said.

In response, the U.S. government last week launched a grand challenge for the private sector to innovate a cooling system for the suits. It is also placing body sensors on healthcare workers to collect data that will provide data on body temperature changes.

VanRoekel also noted how communication can be improved, whether it’s between workers or sending out text message blasts in targeted ways to citizens in different countries.

“We want to be more coordinated in changing behavior and are exploring that whole realm,” he said.

Finally, VanRoekel said that there’s work to be done in the big data realm.

“Modeling certain behavior, modeling movement based on cell phone signals, understanding how you can frontload aid supply to clinics based on certain populations — we need to get in front of this,” he said.