In the past few years, you’ve heard of smartphones, smart-watches and most recently, smart-glasses.

Now, courtesy of a Redmond-based startup, we have yet another ordinary product attached to your body that’s becoming more intelligent: smart socks. 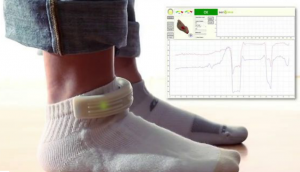 Meet Heapsylon, a company founded two years ago by three Microsofties that is developing what is essentially a pedometer on steroids embedded in your socks.

“Our company’s vision is about having each piece of clothing becoming a computer passively gathering data and moving it to the cloud for the user to analyze and make informed decisions about his health and fitness,” said co-founder and CEO Davide Vigano, who spent 22 years at Microsoft.

The three founders, who are all originally from Italy, decided to focus on the foot because they knew it was “both constantly under pressure and also underserved by wearable devices and pragmatic innovation,” as Vigano puts it.

Since coming up with the idea two years ago over pizza, they’ve spent the past 24 months refining a product called Sensoria Fitness, which has three main aspects: e-textile sensors, a snap-on bluetooth-enabled anklet brace and the resulting data feedback. 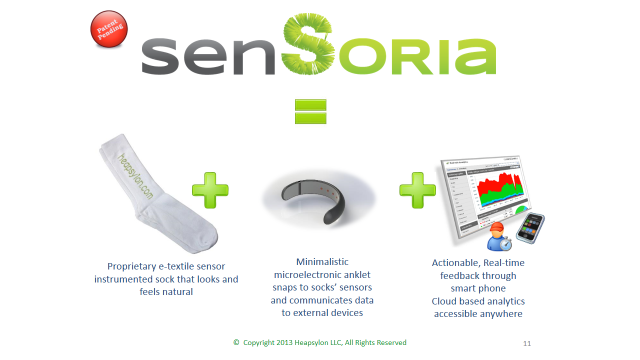 The sensor-infused, washable socks are similar to today’s fitness trackers in that they can record stats like calories burned or distance traveled.

But what sets it apart is the socks’ ability to measure basic absolute and shear pressure, which can provide information about when and where the foot lands on the ground, as well as stride length, cadence, intensity and activity type, whether you’re standing, walking, running.

“They are substantially more accurate than any pedometer or fitness tracker out there,” Vigano said.

The anklet, which snaps onto the socks’ sensors, is used to transfer the data from the socks into the cloud for analyzation. Users can access the information via smartphone, tablet or PC.

You may be wondering why all this data is important. Why does it matter how much pressure I’m putting on my foot? Who cares if my strides are long or short?

That’s where the Sensoria comes in. Vigano said about 75 percent of runners are “heel-strikers,” meaning they land on the ground first with their heels, then with their toes when they run. This creates a significant force throughout the body for every step.

“If I do not change my running technique to a more mid-foot landing, my risk of getting injured increases substantially,” Vigano said. 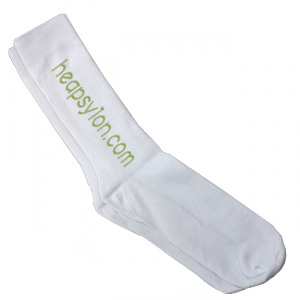 The Sensoria socks can notify the runner in real-time where their foot is landing, which allows the user to make changes on the go to run properly. The socks can also identify pronation problems. All this information can be sent to the cloud and analyzed later in an easy-to-read format.

Targeting runners is just the start for Heapsylon, which got its name from the “Heap” C++ function and the Greek letter Y (upsilon) to remind the founders of the need for pragmatic innovation. The company knows that smart socks can be leveraged in multiple scenarios that require monitoring of balance and weight-shifting of the body — think golf, skiing or even diabetic foot ulcer monitoring or fall prevention in elderly patients.

“We will release a set of open API’s for developers to build their own app on Sensoria and deliver on these scenarios,” Vigano said. 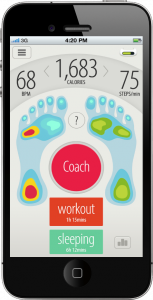 The company, which is largely self-funded with a little bit of angel money, is gearing up for a crowdfunding campaign and plans to ship the first set of Sensoria socks by early next year. It is also in talks to partner with other companies to embed the sensors for other applications and seeking partnerships with sports and clothing manufacturers as well.

As for Vigano, the startup life has given him a whole new perspective on the working world and specifically Microsoft.

“It’s day and night,” he said of the differences. “I have to take care of everything that relates to business while my two partners take care of anything that has anything to do with hardware and software technology. People at Microsoft do not realize how fortunate they are to be backed by the largest and most patient VC in the world.”

People at Microsoft may not be inventing socks of the future, either, so Vigano and his founders do have that going for them.

Previously on GeekWire: Wearable computing: How technology will soon be stitched into our lives