PITTSBURGH — Local politicians weren’t coy about their desire for Amazon’s second headquarters during a media event Thursday to announce an expansion of the company’s engineering office in Pittsburgh.

Amazon will add 125 new jobs to its Pittsburgh hub, which opened last year and is home to more than 60 engineers working in areas including machine translation and Alexa speech science, as GeekWire reported Tuesday. As part of the expansion of its Pittsburgh office, known internally as PIT10, the company will add another 22,000 square feet to its existing office in Pittsburgh’s SouthSide Works building this summer.

Pittsburgh Mayor Bill Peduto; Congressman Mike Doyle; Rich Fitzgerald, Allegheny County executive; and Dennis Davin, secretary of the Pennsylvania Department of Community and Economic Development, spoke on Thursday and many used the event as a way to hint at something larger. 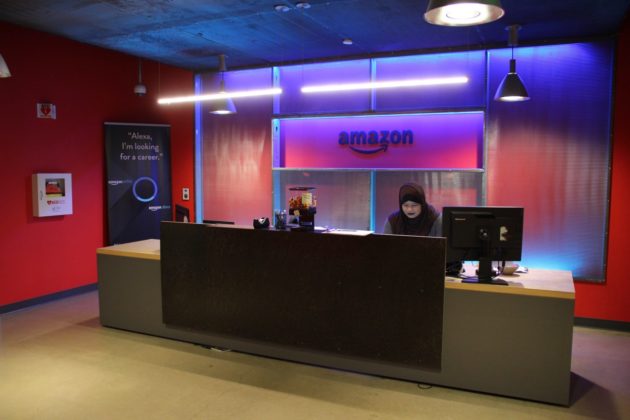 Pittsburgh is one of 20 finalists on Amazon’s short list for its HQ2 and is considered a long shot for the $5 billion economic infusion. Though Amazon said the Pittsburgh office expansion is unrelated to its second headquarters search, politicians are optimistic that it’s a sign of things to come.

“Many of us are hopeful that the relationship between Pittsburgh and Amazon will continue to grow — wink, wink,” Doyle said. 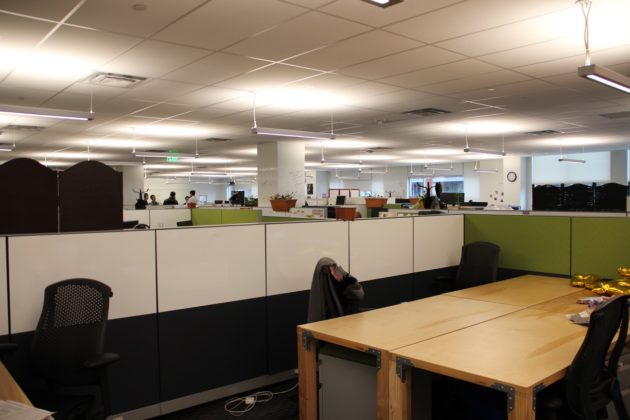 Davin spoke next, but was interrupted by Doyle’s smartphone ringer going off.

“Thanks, congressman,” he joked. “I’m sure that’s probably the president, so you might want to take that. Or, if it’s [Amazon CEO] Jeff Bezos, definitely take it!”

Davin talked about the state’s “pretty good tax structure” and lauded its talent base.

“Thank you for your continued investment and we appreciate the opportunity to come to these events,” he said. “Hopefully there are a few more in the future.”

Fitzgerald, who is leading the region’s efforts to land Amazon HQ2, thanked Amazon “for their continued investment and confidence in growing their operations here in the Pittsburgh region.”

“Every other day there’s another company expanding here because of the magic of what Pittsburgh has right now,” he noted.

Fitzgerald said “I’ll wink-wink like the congressman,” noting that “this could be maybe the start of something that will continue on.”

“We are excited that Amazon has really had confidence in Pittsburgh and continues to do so,” he added.

Peduto recounted how his grandfather worked at a J&L steel mill on the grounds where Amazon’s office currently sits. He said he doesn’t want to forget what it was like in the late 20th century when the mills closed and Pittsburghers were forced to leave the city to find a career in tech.

“Every time that we have one of these ribbon cuttings or groundbreakings or announcements of an investment coming back to Pittsburgh, I want to remember what the struggles were like back then, and remember the people that sacrificed in order to build this day that we have today,” Peduto said. 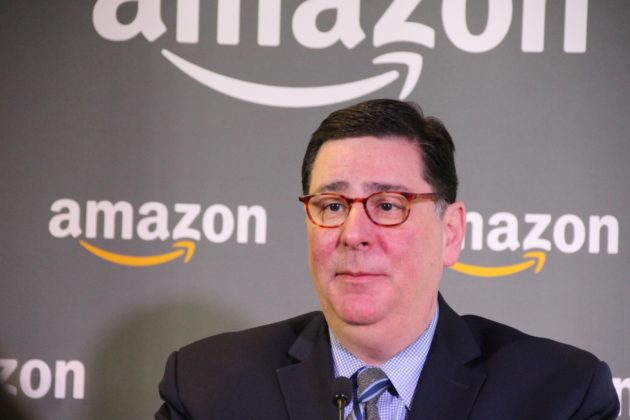 The mayor added that “we will continue to work with you for further investment, as everyone else has said,” in regard to HQ2. He noted that many wonder if the city can handle something like Amazon’s second headquarters, which will bring 50,000 jobs to the chosen city.

“This is a city that had 700,000 [people]; we have 310,000 today,” Peduto said. “If we don’t have over 100,000 people coming here over the course of the next 15 years — you think we have potholes today? We won’t be able to maintain the infrastructure that we have. We have to look for ways to invest. Thankfully because of investments like this with Amazon, we’re building out those new industries, those new factories, those new mills — through technology.”

City leaders have kept details of Pittsburgh’s HQ2 bid under wraps, despite a ruling from Pennsylvania’s Office of Open Records last month that ordered the release of the bid to the public within 30 days. The city has until Friday to reveal details or appeal to the Allegheny County Court of Common Pleas. 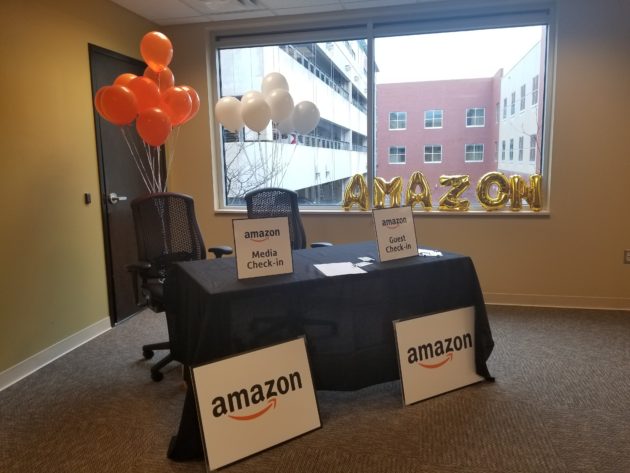 GeekWire is reporting from Pittsburgh this month as part of a special project covering the city’s growing tech industry. Amazon is the latest tech giant to expand its engineering presence in the Pittsburgh area — mirroring, on a smaller scale, a phenomenon experienced in Seattle.

Google, which opened a Pittsburgh office in 2006, now employs 500 people. Uber has a large autonomous vehicle research and development center in the city, employing hundreds of people working on the company’s self-driving technology. Other tech giants like Bosch, SAP, Facebook, Ford, Microsoft, Apple, and more also have offices in Pittsburgh, tapping into the talent coming out of nearby Carnegie Mellon University and the University of Pittsburgh.

Bill Kaper previously worked at Amazon’s headquarters in Seattle before returning to his hometown to open the Pittsburgh engineering office. He told GeekWire on Thursday that Pittsburgh has “a ton of potential” and said a majority of Amazon’s employees here have come from the local talent base.

Asked about difficulties with recruiting employees in competition with other giants like Google and Uber, Kaper said “we aren’t focused on that.”

“We are really focused on working backward from our customers,” he said. “We look for other folks both coming out of school and engineers and scientists in the industry who share the same passion. When those things align, we are happy to have them join the Amazon family and become Amazonians with us.”

In regard to HQ2, Kaper said he’s “just an observer like everyone else.”

Amazon’s presence in Pittsburgh dates back to before it opened its engineering center. In 2015, Amazon acquired Safaba, a translation software startup that spun out of CMU. Safaba co-founders Alon Lavie and Robert Olszewski still work at Amazon. That same year it also bought Shoefitr, a Pittsburgh-based 3D technology startup.