PITTSBURGH — When Google opened an engineering office in the Seattle area 14 years ago, it pioneered a movement of out-of-town tech giants setting up shop in the growing Pacific Northwest tech hub. Facebook, eBay, Salesforce and dozens of others followed suit, increasing competition for talented engineers and helping grow Seattle’s tech ecosystem.

The same phenomenon happened in Pittsburgh when Google planted its flag in the Steel City in 2006. A domino effect occurred as giants like Uber, Apple and SAP tapped into the computer science talent at Carnegie Mellon University and other nearby institutions.

Google may soon face a different scenario in Pittsburgh, though, as the city woos one of the company’s biggest rivals: Amazon.

Amazon employs more than 60 employees in Pittsburgh, but that could change as the Western Pennsylvania city is one of 20 finalists in the running for Amazon’s HQ2 sweepstakes.

Amazon and Google are fierce rivals, competing in areas like voice assistants, cloud computing, advertising, and e-commerce. If Amazon brings 50,000 jobs to Pittsburgh — the city certainly wants it to happen — it could dent Google’s recruiting efforts.

But Kamal Nigam isn’t worried. In fact, the leader of Google’s Pittsburgh office told GeekWire it would be positive if Amazon landed in his city. That’s in contrast to other tech company leaders who are nervous about Amazon’s HQ2 impact on recruiting talent.

“I think in general I’m pretty excited about the opportunity for the tech scene in Pittsburgh to continue to grow,” Nigam said.

A slice of the Pittsburgh’s past, present, and future can be found inside Google’s growing 500-person office, which took over an old Nabisco factory that once exuded sweet scents of Nilla wafers throughout the neighborhood.

Now, software engineers hang out in the Bakery Square building, a symbol of Pittsburgh’s reinvention from an industrial powerhouse to technology hub. 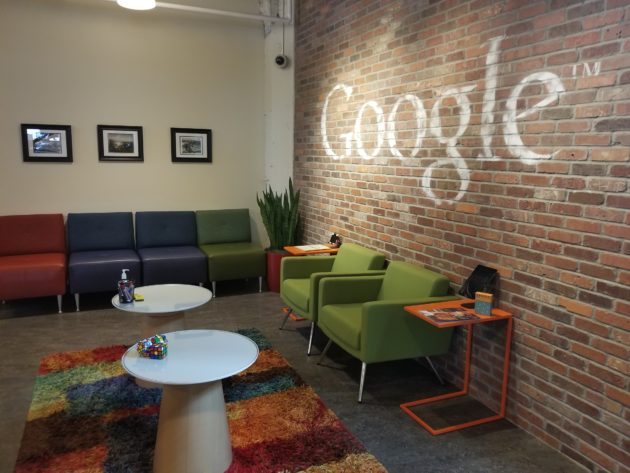 Google arrived in Pittsburgh 12 years ago, opening a small office at Carnegie Mellon University. It was a seminal moment for the city’s tech scene, which has grown exponentially in the past decade.

Google quickly expanded — much like it has in Seattle — and in 2010 the company moved into its current Bakery Square location, where it now occupies four floors. The company added two additional floors across the street at Bakery Square 2.0, a new building connected via skybridge on the site of a former middle school. There are 20 open job listings listed at Google Pittsburgh.

“We always knew that with the strength of Pittsburgh and Carnegie Mellon and other universities here, there was a real opportunity to build something great and long lasting,” said Nigam, a CMU PhD graduate who was one of the original employees of Google’s Pittsburgh office.

Google’s office is located just a few miles away from CMU and the University of Pittsburgh; there is a shuttle that goes between campus and Bakery Square.

“We have great systems projects; user experience projects; machine learning and algorithms — really projects of all types here,” said Nigam, who walks to work. “There are some areas where you see the strength of Pittsburgh reflected in the strength of the office as well.” 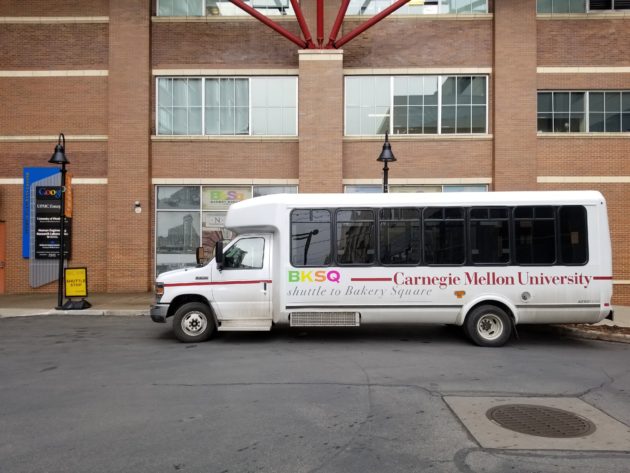 But there’s also no doubt you’re in a Pittsburgh office. Each floor has a local theme — one is all about the nearby Kennywood Amusement Park, with actual “Thunderbolt” roller coaster seats embedded in a staircase and rooms named after popular rides. Another is bakery themed, a nod to Nabisco. 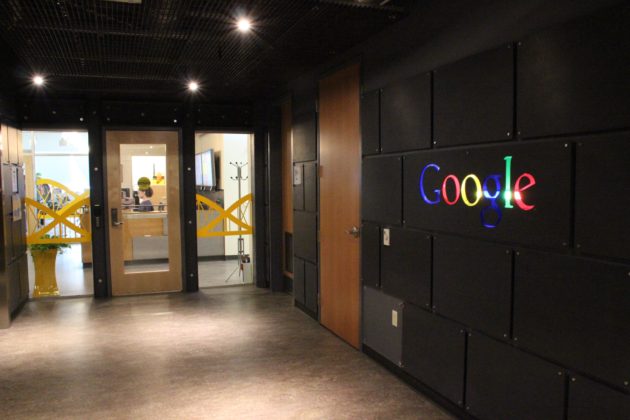 The site has become an important office for Google itself. Google CEO Sundar Pichai recently announced the company’s $1 billion Grow with Google initiative from Pittsburgh.

Read on for an edited Q&A with Nigam.

GeekWire: Tell us a bit about how you got to Google.

Kamal Nigam: “I originally came to Pittsburgh more than 20 years to do graduate work at CMU. After that, I worked at several small startup companies in the Pittsburgh area, and then when Google came along and wanted to open an office, it was a great opportunity I was excited to be apart of in 2006.”

GeekWire: What products do employees here work on?

Nigam: “There are three big things that we do in this office. One is — and this is my area — we work on Google Shopping. The second is, we have a large team here that works on ad quality, which is making our text ads really useful for users. The third is that we have a lot of our technical infrastructure and cloud computing teams here. It’s evolved a little bit over time, but for last several years it’s been pretty stable.”

Nigam: “When you issue queries on Google looking to figure out what to buy, it’s my group’s stuff that builds that experience. It helps you compare prices from great merchants; helps you read reviews; understand what you need to consider when you buy a stroller. It’s all those different components as they come together into the user experience.

In the Pittsburgh office we work on two components of that. We work on building out the user experience itself, but we also work on creating the structured data about products that we build that foundation upon. That involves a lot of algorithms; machine learning; dealing with really messy data and trying to make sense of it. It’s completely unacceptable to have a query of red dresses and show green dresses. So a lot of that understanding of the semantics of the data is what we do here.” 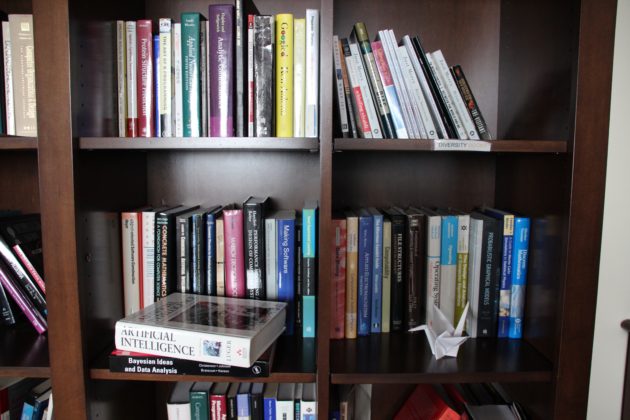 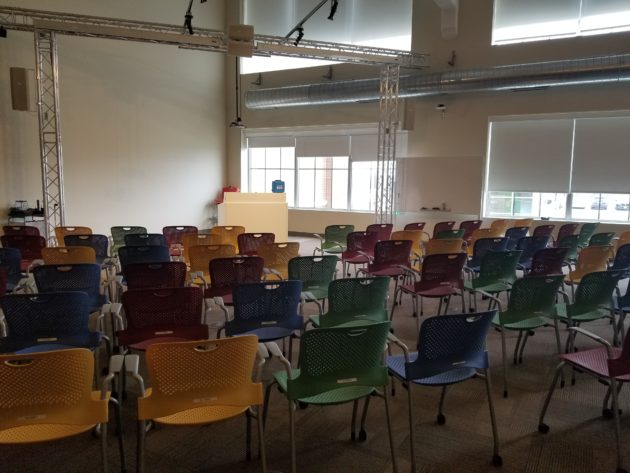 GeekWire: It seems like more graduates are sticking around Pittsburgh now. How different is the city compared to the past few decades?

GeekWire: “Has Pittsburgh’s growth, particularly with so many tech companies coming in after Google opened its office in 2006, made it easier or harder for you to recruit employees?”

Nigam: “A healthy diverse tech ecosystem is clearly in the interest of the city. It also makes our story much simpler, because then you can talk to people not only about coming to Pittsburgh for a job, but you can talk about people coming to Pittsburgh for a career. They don’t need to worry about the fact that maybe they are in an isolated place. They know that there are many healthy options and I think that’s good. It makes our lives simpler all around.”

GeekWire: A report released last week noted that Western Pennsylvania could face a shortage of 80,000 workers by 2025. Have you faced any difficulty hiring here?

Nigam: “I think in general it’s probably easier to hire outside of the Bay Area.”

GeekWire: What are your growth plans in Pittsburgh?

Nigam: “We are more than 500 people now. We continue to hire a lot of software engineers, but also for technical areas in related things like user experience, product managers, technical client relationship folks — really across the spectrum.”

Nigam: “I break it down in a few ways. If you look at what’s going on in this office, I love coming to work everyday because of the people here. We have really fun, highly motivated people with a really diverse set of backgrounds and expertise. I also love the problems we are working on. We are launching things everyday that are affecting millions and millions of users, which is really exciting. We are really working directly to the core of Google’s mission, which is to organize the world’s information and make it accessible and useful. Talking about why Google and why Google Pittsburgh — it’s a relatively easy story.

Then I also talk about Pittsburgh, and honestly, talking about Pittsburgh is also an easy story. Typically what I say is, if you’re the type of person that has to live in Manhattan or you have to live in Los Angeles, you better go live in Manhattan or Los Angeles. But if you are not one of those people, then Pittsburgh is at the top of the pack. It’s clearly the best place in the country to live. It’s a small city with the bones and the cultural institutions of a much larger city. I walk out of my house and hop on my bike, and I’m biking along the river in 10 minutes with trails up and down all over the rivers that 20-to-30 years ago, used to be steel mills. There’s been a huge change in the city of Pittsburgh in terms of the ability to be outdoors and be active and all that kind of stuff.”

Nigam: “A couple things. For sure within the tech scene itself, small startup companies succeed in large part in their ability to make connections and raise money. The more VC and angel investment money that’s here in Pittsburgh will help that important and critical part of the tech scene accelerate. From a city-wide perspective, it’s important to make sure that as a tech scene grows, we are increasing opportunities across the spectrum as well.”