Amazon is once again offering up exclusive Prime Day deals to owners of an Alexa-powered device.

On Prime Day, Amazon’s shopping bonanza next week, Alexa-powered device owners will also have access to some Prime Day deals two hours ahead of other customers.

Amazon is hosting its third annual Prime Day starting July 10 at 6 p.m. and all day July 11; the big online shopping event is open only to members of the company’s Prime fast-shipping program.

For the first time, Amazon also announced today that it is providing a $20 discount to anyone who orders a $99 Prime membership with an Alexa-powered device. This is an example of Amazon now using its devices and voice platform to help sell more Prime memberships.

“Voice shopping is an exciting benefit exclusively for Prime members,” Greg Greeley, VP of Amazon Prime, said in a statement. “Prime is better with Amazon devices like the Amazon Echo, Echo Dot and Echo Show. And our devices are better with Prime.”

Another deal: Between today and July 9, those making a purchase via voice for the first time will receive a $10 Amazon promo code. Amazon offered this deal during Prime Day last year.

The Alexa deals announced today, which run until July 17, include:

These deals are incentives for people to get accustomed to buying things with their voice using Amazon’s Alexa virtual assistant. Amazon first rolled out Alexa Deals one year ago; it also hosted the “Voice Shopping Weekend” in November. 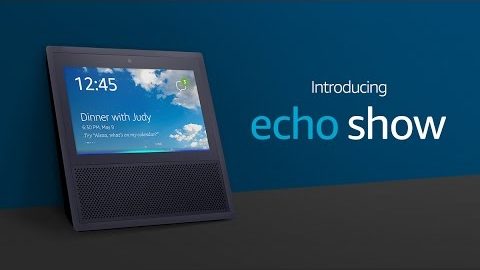 Amazon was the first mover and is now the early leader in the voice speaker market. The Echo is the flagship member of the Alexa family, with other models like the smaller Echo Dot and the portable Amazon Tap. Amazon has since branched out with the announcement of several new Alexa-powered devices: the fashion-oriented Echo Look; the Echo Show with touchscreen; and most recently the $20 Dash Wand.

Amazon doesn’t say how many Alexa-powered devices it has sold, but a recent report by Consumer Intelligence Research Partners puts that figure at to close 10.7 million, with close to half of those coming between November 2016 and March of this year.

Amazon has pulled into an early lead in the competitive voice speaker market; other competitors include Google, Apple, and Samsung, which just announced plans for its own voice-controlled speakers. More and more households are becoming aware of Amazon’s devices thanks to moves like Amazon’s traditional media advertising and prominent placement on the company’s e-commerce site. CIRP, which polled 500 U.S.-based Amazon customers for its report, found awareness of the devices now sits at 86 percent, up from 61 percent a year ago, and 20 percent two years ago.

Alexa’s proliferation can be partially attributed to Amazon’s decision to open the digital brain up to developers and device manufacturers in 2015. Alexa Voice Service lets manufacturers integrate Alexa into their products. The Alexa Skills Kit encourages third-party developers to build skills for Alexa. Alexa’s skill count passed 15,000 in the U.S. at the end of June.