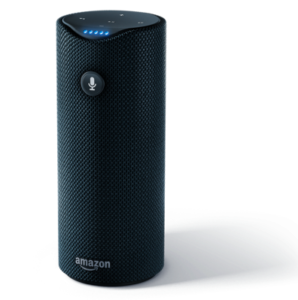 Amazon is making a big push into voice-enabled purchasing by offering a series of deals to people who order items using its Alexa virtual assistant.

The company announced this morning that, for today only, the price of the Amazon Tap portable Bluetooth speaker — one of several devices to use Alexa — has been reduced by $50, from $129 to $79. But here’s the catch: the deal appears to be exclusive to Alexa, so it would only apply to customers who want to order another Alexa device, using an existing Alexa device.

The company also says Amazon Prime members will get $10 off the next order they make using Alexa between today and Prime Day, July 12, as long as the order is more than $20.

In addition, Amazon will offer a series of Alexa-exclusive Prime Day deals. Amazon is encouraging people to say “Alexa, what are your Prime Day deals?” to find out more.

All of this comes on the heels of the company’s announcement last week that customers can now order items on Amazon through Alexa. 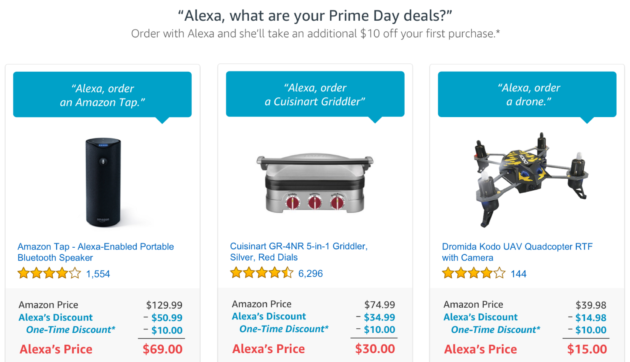 “The day has come where you no longer have to visit a screen to shop. I can be standing in my kitchen, when I realize I am almost out of coffee and simply say, ‘Alexa, order Starbucks coffee’ and it shows up at my door within two days,” Assaf Ronen, vice president voice shopping, said in a statement. “Our Alexa speech science engineers have made something so incredibly challenging appear effortless to customers.”

Amazon said some of the most popular Alexa orders include coffee, batteries, pet food, paper towels, diapers and the Echo Dot device.