The Amazon Echo is a popular holiday gift this year — so much so that the device is backordered on Amazon.com until next month.

The Echo product page on Amazon.com notes that smart speaker is “in stock on January 3, 2017.” That’s not the best news for folks who were looking to gift the Echo under the tree this month.

However, there are a few workarounds.

If you’re an Amazon Prime member — $99 per year, or $8.99 per month — you can order the Echo via Prime Now, Amazon’s two-hour delivery service that is available in more than two dozen U.S. cities.

Charlie Kindel, a director on the Amazon Smart Home team, noted in a Facebook post that Prime Now has a “different inventory.”

Providing access to separate inventory for one of Amazon’s most popular devices appears to be yet another benefit for Prime members. Amazon already offers exclusive discounts and “early access deals” on items for those who have Prime memberships. That’s in addition to other Prime benefits like free 2-day shipping, access to streaming video and music, cloud storage, and more.

You can also try visiting a number of physical retailers that sell the Echo, including Best Buy, RadioShack, Home Depot, Lowe’s, Fred Meyer, and more. Like Amazon.com, those stores don’t seem to have the Echo in stock online.

There’s also Amazon’s three brick-and-mortar bookstores, which have inventory of both the Echo and Dot, a smaller and cheaper ($39.99) version of the Echo.

Another option is to go with the Amazon Tap, which doesn’t have the full capabilities of the Echo — you have to “tap” the device to activate voice control and it doesn’t have an AC power output, for example — but runs a bit cheaper at $89.99 and is in stock. 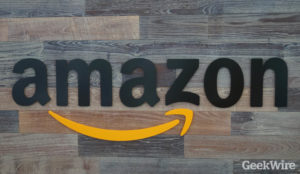 The Echo Dot, meanwhile, isn’t in stock until Dec. 27 on Amazon’s site.

Amazon is selling the Echo for $139.99. It dropped the price by $40 for Black Friday and Cyber Monday, and has stuck with that price point since then.

A new report published last month by Consumer Intelligence Research Partners estimated that Amazon has sold 5.1 million Echo devices in the U.S. since it debuted two years ago. The company has been called the “accidental” early winner in the voice-controlled home, leading Google, Apple and others — including Microsoft, as of this week — with surprisingly strong sales of Echo and other Alexa-enabled devices that play music, answer queries, control smart home devices, play games with users, set timers, and much more.

Businesses are also making use of Echo. Just this week, the Wynn Las Vegas hotel announced that it will place the device in all of its 4,748 hotel rooms.

“I have never, ever seen anything that was more intuitively dead-on to making the guest experience seamlessly delicious, effortlessly convenient, with the ability to talk to your room and say: ‘Alexa, I am here, open the curtains, lower the temperature, turn on the news.’ She becomes our butler at the service at each of our guests,” said Wynn Resorts founder Steve Wynn.

Even musicians are using the Echo in fun ways:

Speaking of Google, the search giant recently debuted its own $129.99 smart speaker, Google Home, which some reviewers say is “smarter” than the Echo, but lags behind Amazon’s device when it comes to integrating third-party apps.

Developers, meanwhile, have embraced Alexa, the artificial intelligence assistant that powers Echo, building more than 3,000 skills since Amazon opened the API last year. Developers who want to add to Alexa’s abilities can write code that works with Alexa in the cloud, letting the smart assistant do the heavy lifting of understanding and deciphering spoken commands.

Amazon also started a $100 million fund to invest in companies that will push the boundaries of voice-based interaction, and will launch an Alexa accelerator in Seattle next year in partnership with Techstars. So far, Amazon has invested in 22 startups as part of the Alexa Fund, mostly focused on smart home and wearable products. In the next year, the fund’s scope will expand to include areas like robotics, developer tools, healthcare and accessibility.