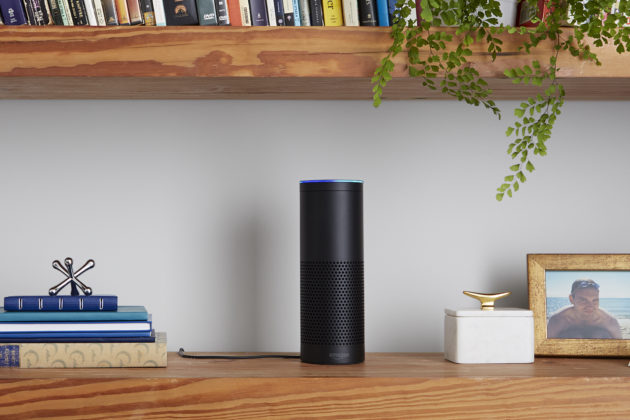 Amazon’s Echo device has reached a sales milestone, with a new report from Consumer Intelligence Research Partners estimating that the retail giant has sold 5.1 million of the smart speakers in the U.S. since it debuted two years ago.

The Echo first went on sale in late 2014 only to Prime members, but became generally available in June 2015. CIRP estimates that approximately 2 million units were sold in the first nine months of 2016.

Amazon doesn’t release its own sales numbers for the Echo, but CIRP’s estimates line up with other research firms. New York consulting firm Activate Inc. estimated that Amazon sold 4.4 million Echo units in its first full year of sales, after becoming available to the general public in 2015. Taking into account other factors like the number of units required for a household versus an individual, Activate noted that Echo sales are in the same ballpark with early iPhone sales.

CIRP also reported that awareness of the Echo continues to increase, climbing to 69 percent of U.S.-based Amazon.com customers in September, up from 20 percent in March 2015.

The firm, which polled 3,500 Amazon customers, said that the Echo Dot and Echo Tap, two smaller and cheaper versions of the traditional Echo device, accounted for at least 33 percent of sales in the past six months.

The Echo, also sold in the U.K. and Germany, uses the cloud-based AI Alexa to answer queries, control smart home devices, play games with users, set timers, and much more.

“Our research shows that more than half of Echo owners use the device as more than a voice-controlled music speaker,” added CIRP co-founder Josh Lowitz. “Users report asking about weather and news, and increasingly controlling other connected devices.”

Amazon has been called the “accidental” early winner in the voice-controlled home, leading Google, Apple and others with surprisingly strong sales of Echo and other Alexa-enabled devices. Speaking of Google, the search giant just debuted its own $129.99 smart speaker, Google Home, which some reviewers say is “smarter” than the Echo, but lags behind Amazon’s device when it comes to integrating third-party apps.

Developers have embraced Alexa, building more than 3,000 skills since Amazon opened it up last year. Developers who want to add to Alexa’s abilities can write code that works with Alexa in the cloud, letting the smart assistant do the heavy lifting of understanding and deciphering spoken commands. AT&T announced a new Alexa skill this week that lets users program up to 10 contacts into their Alexa-enabled devices and send them messages via voice command.

Amazon also started a $100 million fund to invest in companies that will push the boundaries of voice-based interaction. So far, Amazon said, this fund has invested in 18 startups, mostly focused on smart home and wearable products. In the next year, the fund’s scope will expand to include areas like robotics, developer tools, healthcare and accessibility.