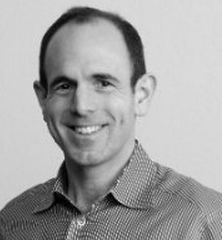 Get ready for yet another online real estate startup. This one is codenamed Homerun, and it promises to change the way people sell their homes online by making the transaction simple enough to complete in a few seconds.

The most notable aspect of Homerun, at least at this early stage, is its high-profile founder: venture capitalist and former Square and PayPal executive Keith Rabois. He’s now on the investment team of Khosla Ventures, a job he plans to continue even while running Homerun from San Francisco.

“My belief is that if you added a frictionless, convenient, simple process, more people would sell their homes,” Rabois tells VentureBeat.

That’s a bold claim, and it actually is antithetical to what online real estate execs, such as Zillow CEO Spencer Rascoff, have espoused in recent years. Rascoff has argued that the home buying and selling process is so complex, not to mention life-altering, that people want the hand-holding and side-by-side emotional support of a broker.

“The real estate transaction is too infrequent, too expensive, and too emotional for people to select an agent primarily based on price,” Rascoff noted at a conference in Seattle in 2012.

Homerun is still in the early throes of development, employing just four folks. But could it eventually build a technology that automates, or at least disrupts, the traditional home selling process?

That was the promise when companies such as Redfin started, touting a new way for people to buy and sell homes using the power of the Internet.

But, over the years, Redfin and others have morphed to look like more traditional real estate companies.

Certainly, Multiple Listing Services, which control how properties get listed, are not bastions of innovation. But online real estate companies for the most part have looked at ways to work alongside the traditional players, rather than bypass them altogether or wipe out their services.

When Zillow first started, many in the industry feared that the former Expedia executives would do to real estate what they already did in travel. That is, completely upend the transaction process, inserting themselves in the middle.

However, Zillow has very much steered clear of that path.

Homerun appears to be jumping right in to that mix, with Rabois telling TechCrunch that they are creating “instant certainty, liquidity and convenience for normal people to sell their homes.”

The company plans to launch later this year in the U.S., and Rabois is still being a bit cagey on details. There is one component that appears right on track with Zillow, with Rabois saying it will do an automated valuation of properties. (Good thing for him that Zillow just lost the first round of a patent battle around its Zestimate technology).

“We have to value the home, sight unseen,” Rabois told VentureBeat. “You can put in your address and we tell you what it’s worth instantly. And we’ll want to buy it from you for that price.”

It will be interesting to get a closer look at Homerun when it steps up to the plate.

But for now it seems a bit far-fetched to believe that people will enter a real estate transaction online with the same type of behavior they do when buying a book or a bag of diapers.