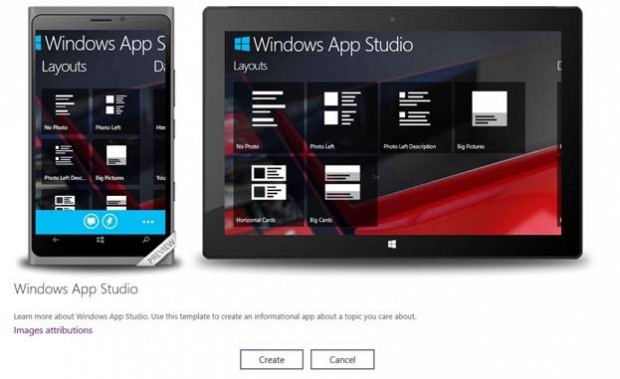 Building a universal app for Windows and Windows Phone is now a drag and drop process.

Today, Microsoft unveiled a beta version of its Windows App Studio, a web app that allows users to easily build apps for Windows 8.1 and Windows Phone by dragging and dropping elements onto an interface mockup. It’s designed to allow users to build apps for the platforms without having to write a single line of code. 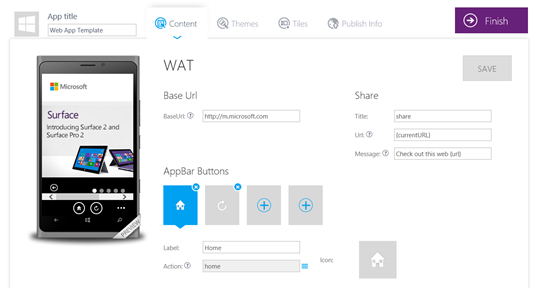 The resulting interface isn’t going to knock anyone’s socks off, but it’s a good way for someone to try their hand at building a Windows app in a short time span. It is designed to help users build their own apps for Microsoft’s devices, and beef up Microsoft’s app counts.