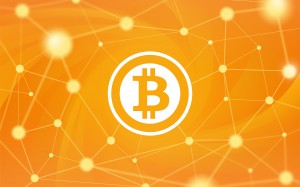 In a surprise move, Microsoft has updated its payment system to accept Bitcoin, so that people can buy Xbox games, mobile apps, music and select other digital items with the cryptocurrency.

It’s not quite a direct sale, though: users can add a certain dollar value to their Microsoft accounts using Bitcoin, and then use that credit to purchase software. According to a Microsoft support document, the balance will work with the “Windows, Windows Phone, Xbox Games, Xbox Music, or Xbox Video stores.”

The new payment option, first reported on by Coindesk, stems from a partnership with BitPay, a Georgia-based payment processor. BitPay allows businesses to accept bitcoin for sales but convert the digital currency into local currency. Right now, the functionality is only available for people who live in the U.S.

This integration could be a shot in the arm for Bitcoin. Right now, one Bitcoin is worth about $360, a sharp increase from $340 just prior to Microsoft’s payment processing change. It’s still well below the currency’s peak of almost $1150 last December. Since then, the currency has suffered a long decline.

Microsoft isn’t the only Seattle-area firm to support Bitcoin. Expedia started taking the cryptocurrency for hotel reservations earlier this year. Amazon competitor Overstock.com has also been outspoken about its support of Bitcoin, saying that it expects purchases made with the currency to contribute 4 cents a share to its annual earnings.