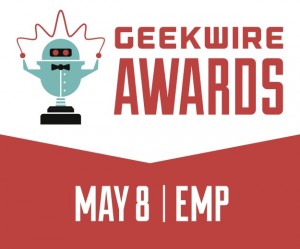 We’re back for another round of voting in the GeekWire Awards, the biggest celebration of startups, innovation and entrepreneurs in the Pacific Northwest. Today, we’ve got another important category: CEO of the Year.

The competition is tight in this field with five well-deserving finalists, selected from dozens of nominations. We’ll tabulate the votes over the next few weeks, and announce the winner at the big GeekWire Awards show, taking place at the Experience Music Project in Seattle on May 8th.

This is one of 13 categories we’ll open up to community voting over the next two weeks, so make sure to check back to GeekWire to place your votes in everything from Geekiest Office Space to Next Tech Titan to Young Entrepreneur of the Year.

A big thanks to category sponsor Wilson Sonsini Goodrich & Rosati for helping to make this award possible.

Cast your ballot here for CEO of the Year: 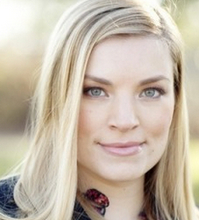 Sarah Bird, Moz: Bird assumed the CEO role at Moz just four months ago, but her stamp was already firmly placed on the 134-person company, previously serving as president and COO. Now, Bird is charged with making sure that the Seattle maker of marketing software keeps growing, no easy task in a competitive and ever-changing field.

An attorney, Bird continues to lead Moz with transparency and openness, describing in detail earlier this year a bigger 2013 loss than the company expected. “Things are starting to move fast around here, and that’s a good thing. There is a renewed sense of energy,” she wrote. 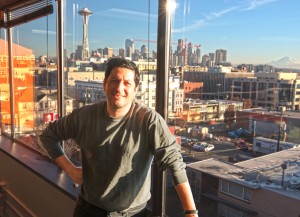 Forest Key, Buuteeq: Key cut his teeth in the server and tools group at Microsoft. But now he’s finding plenty of startup success at Buuteeq, the Seattle startup he co-founded with several of his old cronies from Palo Alto High School in Silicon Valley.

The fast-growing company — founded in 2007 over a few burgers at Dick’s — is the behind-the-scenes marketing engine for hundreds of hotels. The cloud-based service raised $10 million from Concur, Madrona and others in 2012, and is on the prowl for more.

Mark Mader, Smartsheet: Mader sees Smartsheet as the “iPhone of work collaboration apps,” tying together various elements from Box, Google, Dropbox, Tableau and others in a unified and intelligible way.

The former executive at Onyx Software is in growth mode, raising $26 million in funding 2012. “Every aspect of our company is in scale mode right now,” Mader said at the time. At the end of the day, he says the goal is to “help work get done more efficiently in organizations.” 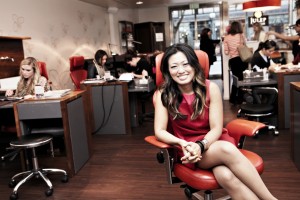 Jane Park, Julep: The former Starbucks executive is building a new type of beauty brand, infused with innovation and marketing savvy. And Julep is not only garnering fans among women who love the Seattle company’s nail polishes and cosmetics, but investors too. Just this week, Park scored $30 million in funding for Julep, including cash from marquee investors such as Andreessen Horowitz, Maveron, Madrona and others.

The company employs more than 200, and Park now has her sights on growing even bigger with the new capital infusion. “At this point, we are excited about taking the powerhouse organization that we’ve built, and really scaling it,” she says. 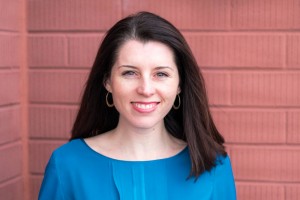 Liz Pearce, LiquidPlanner: Since assuming the CEO post in August 2012, Pearce has helped guide the Seattle maker of online project management tools to new success. Pearce started at LiquidPlanner as a marketing consulting eight years ago after stints at Amazon and Google, and now the self-described “organization freak” is leading the charge with an innate curiosity and “thirst to know how things work.”

“We have a phrase at LiquidPlanner: No ostriches. No sticking your head in the sand,” she says. “If something is ugly, just take it on because it is not going to go away if you ignore it.”

Vote in previous categories: Startup of the Year.

Tickets are going fast for the big Awards show, so make sure to get yours today.