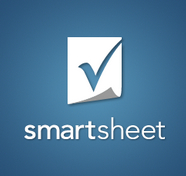 Everyone, it seems, is trying to create new ways for groups of people to work together, from tech titans like Microsoft and Google to up-and-comers like Jive and Box.

Despite the heavy-duty competitive landscape, Smartsheet still feels as if there’s plenty of room to operate. And the six-year-old Bellevue company today is getting a ringing endorsement to the tune of $26 million, a cash infusion that Smartsheet plans to use to grow its market share in the rapidly expanding online collaboration sector.

Smartsheet has been operating a bit under the radar in recent years (I’ve written just one article about them at GeekWire). But the company is growing fast, and the new cash will add a bit more rocket fuel at a time when more businesses are trying to get disparate workforces to collaborate in real time. Smartsheet now has more than 20,000 paying customers, including clients like HomeAway, DHL, Toshiba, ESPN and Sony Music.

Smartsheet employs 40 people, but it could hire up to 100 staffers with the new cash in the next 18 months, said Mader. (It just expanded at its office space in downtown Bellevue).

Asked how they plan to use the new cash, Mader immediately responded: “hiring.”

“It’s on the brain big time,” he said. “Every aspect of our company is in scale mode right now.”

Smartsheet differs from the competition in that it takes the best design elements of Microsoft Excel, and combines it with a robust cloud environment on the backend.

“We believe that we are unique in the sense that we are the only folks who really embrace the known form factor of the spreadsheet,” said Mader. “It is a hybrid of Excel, SharePoint, Project and Access, and putting that together into a very consumable framework. And that has landed with people.” 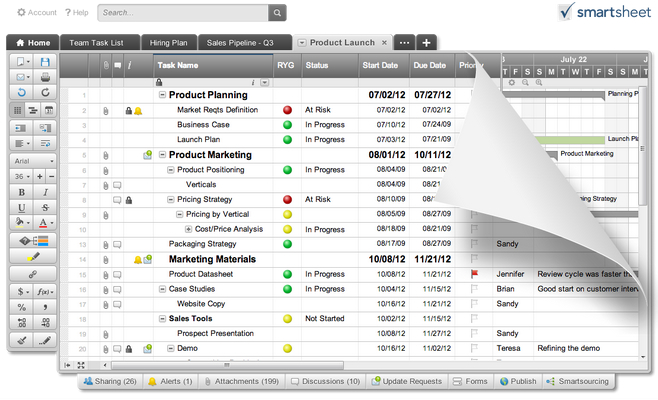 Asked more specifically about competition, Mader responded that the biggest impediment at the moment is the status quo of people emailing spreadsheets to one another.

“There is no one competitor that is getting a dominant share of new leads today,” he said.

To some degree, Mader sees Smartsheet as the “iPhone of work collaboration apps” in that it ties together a lot various elements in a unified and intelligible way.

“The delivery of that in a highly usable form — that is really hard,” he said. The service also is designed so that those in other organizations can easily utilize it, with Mader noting that about half of the 1 million collaborators who use Smartsheet are actually outside of a customer organization’s workforce.

That makes customer acquisition even easier, with about half of the revenue to date coming from overseas.

“Nearly two thirds of our new business every month comes through the natural use of the product, as opposed to us having to pay advertising dollars to get it,” he said.

Even so, Mader noted that there are “millions of teams that have not yet heard of Smartsheet.”

Madrona’s Matt McIlwain added that Smartsheet is both easy to use and enterprise grade, noting that the company was patient in how it built the product.

“They also have incredible momentum with enterprises who are starting to standardize on cloud solutions that are collaborative, scalable and mobile — like Smartsheet, Dropbox, Box.net. I can see Smartsheet becoming Seattle’s major play in this space over the next few years,” said McIlwain.

As a result of the deal, Ryan Hinkle of Insight Venture Partners will join Smartsheet’s board.