How do you go from a part-time consulting gig to CEO of a 35-person company in seven years? Liz Pearce knows how, because she did it.

As CEO of project management startup LiquidPlanner, Pearce is building a place where she would like to work while solving a problem she’s suffered from in the past. And it helps that she caught the startup bug at the same time too.

Going from nothing to something — “that’s the best challenge in the world,” she says.

What else has this marketer-turned-jack-of-all-trades learned while growing LiquidPlanner? For one, no ostriches.

“We have a phrase at LiquidPlanner: No ostriches. No sticking your head in the sand,” she says. “If something is ugly, just take it on because it is not going to go away if you ignore it.”

—Before she was a CEO, Pearce was a marketing professional who spent time at PlayStation, Amazon, and Google. At these companies, she says, “marketing has a weird place in the organization.” She adds that like many tech companies, her past employers tended to have the opinion “we don’t need marketing,” which forced her to make a place for herself and her teams. (2:30) 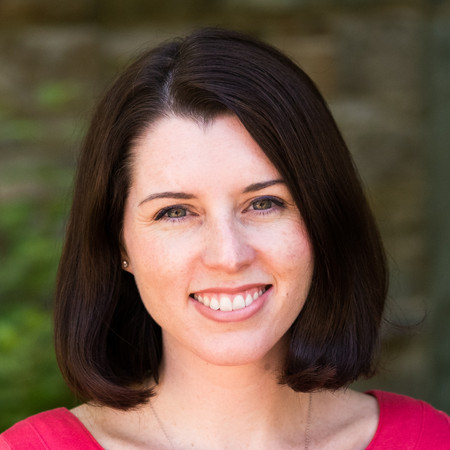 —It hasn’t always been smooth sailing for the LiquidPlanner team, though. “We set out to solve a really hard problem, and the first versions of our software were hard to understand,” Pearce explains. Unwilling to ignore a problem (one of their company’s core philosophies), the team spent an entire summer interviewing customers to get a better idea of the tool their people needed. It took 9 months to rebuild, but the team agreed: “If we were going to make this go, we had to kind of rip everything out and rebuild it… Sometimes doing the hard things is the only thing to do.” (5:30)

—Seven years ago, Liz Pearce was a five-hours-a-week marketing consultant for LiquidPlanner. Today she is the CEO. What happened in between? “I loved the problem we were trying to solve,” Pearce says. Working closely with the cofounders as a consultant, she slowly got rid of her other clients until she could go full-time with the LiquidPlanner team. In between then and now, she’s been the company’s first salesperson, managed the books, and built up the customer support department. (9:40)

—Since starting with LiquidPlanner as a marketer, Pearce knew she had found her passion. She remembers working at Google trying to manage 200 projects at once on a spreadsheet, and wishing there were an easier way to track projects and status. A self-proclaimed “organizational freak”, Pearce loved the simplicity LiquidPlanner project management offered. “I knew that what we were doing could help people.” (9:40)

—When Liz Pearce needs leadership advice, she turns to family — specifically, her mother, who happens to be a leadership coach. What else helps Pearce succeed in the fast-paced world of tech startups? Natural curiosity and a “thirst to know how things work” and a love of people and relationship-building, combined with a left brain/right brain balance. “I love to be creative and brainstorm…and I love to sit down with a spreadsheet and just crunch numbers.” (15:00)

Pearce would love to see more women in tech, and helps make that happen by participating in a number of programs like 9MileLabs. “I think we can do a lot better,” she says, adding that seeing more video games for little girls would be a great start to grow their interest in computer science. She would love to see more companies and entrepreneurs reaching out to enhance their community too, she says. “Everybody has a way they can give back.” (16:00)

Nextcast founder Jeff Dickey is passionate about technology, business and philosophy. He works as the chief cloud architect at Redapt, a Redmond-based cloud and big data infrastructure company. Additional reporting by Kate Stull. [Editor’s note: GeekWire is proud to partner with Jeff Dickey who produces the Nextcast entrepreneur interview series]. Past interviews here. Editor’s note: Pearce will be one of the speakers at the upcoming Entrepreneur University, part of Seattle’s Startup Week. Startup Week is presented by GeekWire.