A fourth grader asked the question, but it really could have applied to anyone.

Amazon.com CEO and founder Jeff Bezos, celebrating the launch of the Bezos Center for Innovation in Seattle on Friday, spent a few minutes at the end of his fireside chat answering questions submitted by some of the students in attendance.

The last inquiry was from a fourth grader who asked Bezos if he could give one piece of advice to a student for their life.

The first, he said, is to follow your passions.

“Whatever it is that you want to do, you’ll find in life that if you’re not passionate about what it is you’re working on, you won’t be able to stick with it,” he explained. “You’ll find yourself competing against people that are passionate about those things, and those people will always win.”

Bezos said that everybody has something they genuinely love to do.

Secondly, the Amazon boss said to “be proud of your choices, not your gifts.” 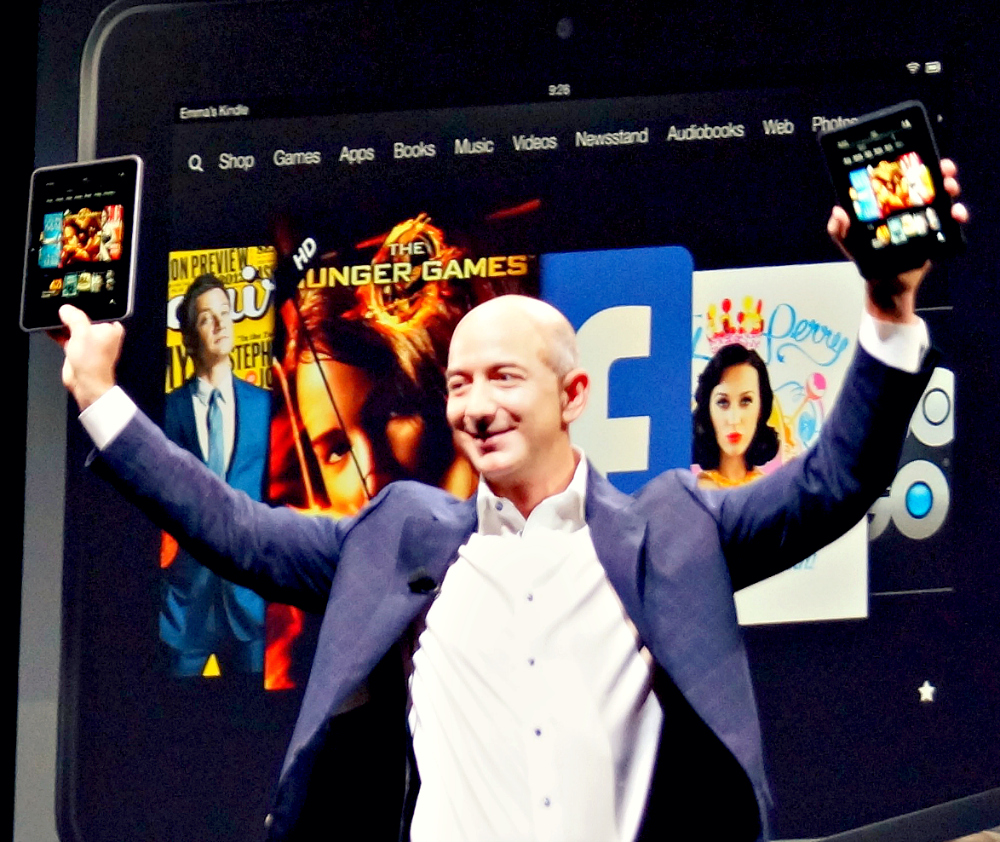 “Let’s say you are unusually smart and math is really easy for you,” he said. “Or, if you’re unusually beautiful or very handsome. Those are gifts — and you can celebrate gifts — but don’t be proud of those. Be proud of hard work and be proud of your choices. That’s what you should really take way.”

As for who Bezos looked up to during his own upbringing, the 49-year-old spoke about his grandfather, a retired Atomic Energy Commission manager. Growing up, Bezos spent summers at his grandfather’s ranch in South Texas, often the “hottest spot in the nation,” as Bezos described.

There, he worked on all sorts of hands-on projects, like fixing windmills and building fences. Bezos watched and learned as his grandfather would find ways to repair anything and everything. He would even do his own veterinary work, even though the outcomes weren’t always perfect.

It had a profound influence on the teenager who would later become one of the world’s great innovators.

“There’s something very powerful about watching somebody who is so self-reliant,” Bezos said. “He never intended to be a teacher and didn’t have his own playbook he was going through. But just watching him, nothing daunted him.”

For more from Bezos’ talk, check out this post on the most important traits of successful innovators.