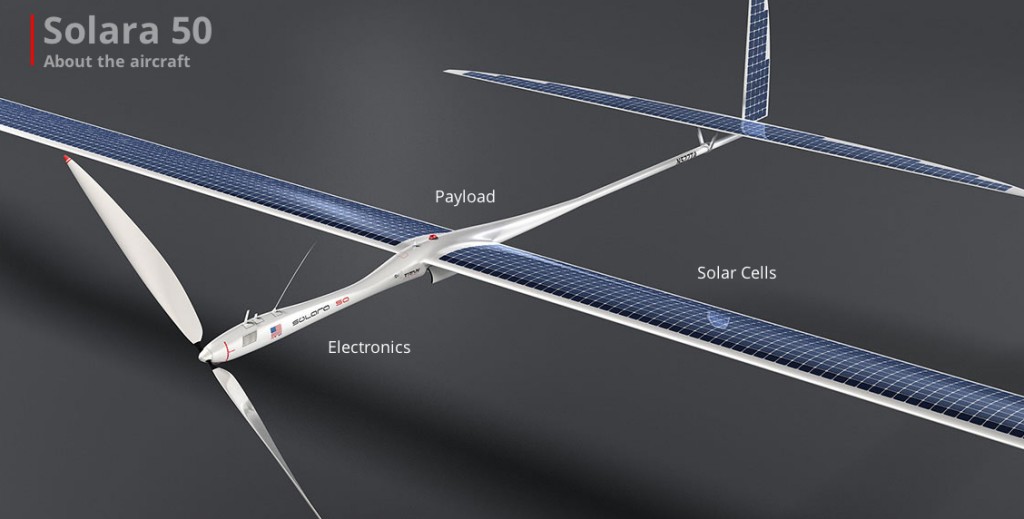 Craig McCaw’s Teledesic raised hundreds of millions of dollars in the 1990s to build low-orbiting satellites that could deliver high-speed Internet to those below. The idea fizzled, despite the involvement of the likes of Boeing and Microsoft co-founder Bill Gates.

But the concept remains alive, at least in a less expensive form, in a New Mexico company by the name of Titan Aerospace that promises broadband access from solar-powered unmanned aerial vehicles. Now, TechCrunch is reporting that Facebook is looking to buy Titan for as much as $60 million, providing the social networking giant with a drone fleet that could beam a high-speed Internet network from the sky that could blanket entire continents.

Facebook is on a mission to deliver Internet connectivity to the masses, part of a plan to connect the planet and presumably get more people using its service.

Google also is floating an “Internet in the Sky” initiative — known as Project Loon. It would use high-altitude balloons to deliver broadband access to those in remote or unconnected places.

“We believe that it might actually be possible to build a ring of balloons, flying around the globe on the stratospheric winds, that provides Internet access to the earth below,” Google wrote in a blog post last summer.

Titan is now led by Vern Raburn, a longtime aerospace nut who previously led Microsoft’s Consumer Products Division and served as president of the Paul Allen Group. Raburn. “By delivering the value of a space satellite at a staggeringly low cost, Titan is poised to re-imagine and expand the satellite industry,” Raburn said at the time of his appointment last October.

Interestingly, TechCrunch reports that the Titan deal may indirectly tie into Facebook’s much larger acquisition of WhatsApp. Sarah Perez and Josh Constine write:

If Facebook could project weak but free Internet to developing nations via Titan Aerospace drones, it could then make a basic version of WhatsApp available to those users. They may not be able to send or view photos, but they likely could send messages and view status updates, even if they only had a weak, slow connection.

Drones certainly have been a hot topic of discussion in recent months, with Amazon.com founder Jeff Bezos boldly discussing plans on 60 Minutes last year to create a fleet of aerial vehicles that could deliver packages to your doorstep.

Here’s a closer look at how Titan’s technology works: