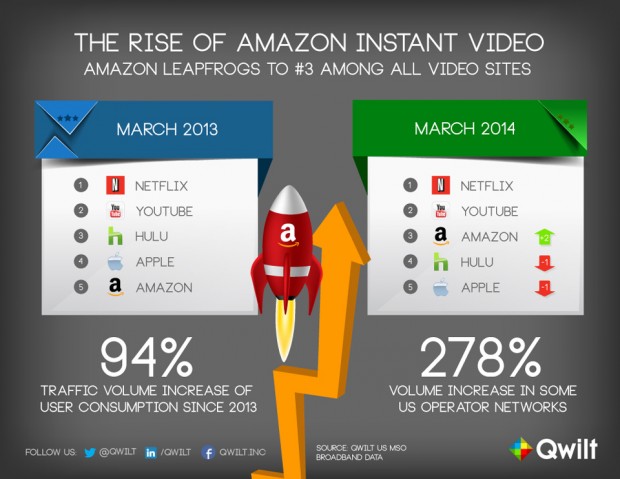 Amazon’s streaming video service has come a long way: Citing third-party research, the company announced today that Prime Instant Video streams have almost tripled in the last year. That increase means that Amazon’s streaming video bandwidth use now surpasses that of both Apple and Hulu, putting Amazon Video behind only YouTube and Netflix, according to the report by video technology company Qwilt. 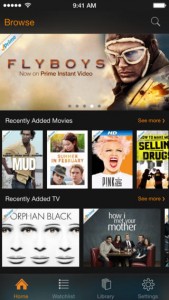 The change didn’t come easily. Over the past year, Amazon has been constantly announcing new content deals with major providers, landing high-profile movies and TV shows for users to stream. The company has grabbed exclusive deals for a number of shows, including 24, Orphan Black and Teen Wolf. It has also been working on its own original content programming, with last year’s Alpha House and Betas, as well as an upcoming slate of television programming that seems promising.

Growth in Prime Video streaming is good for Amazon, which recently announced a price hike for Amazon Prime subscribers. The more people tune in to the company’s streaming service, the less likely they are to give up on Prime now that it costs $99.

The news comes after Amazon recently announced its Fire TV set-top box, which gives users access to the company’s video catalog from their television, in addition to a handful of other streaming services. The Fire TV is now Amazon’s top-selling device in the company’s Electronics category, ahead of the Google Chromecast, which previously held that distinction.