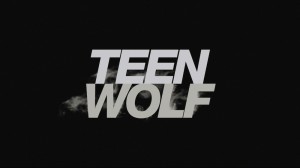 Be careful about switching on Amazon Prime Instant Video at the next full moon, because things might get a bit hairy.

Amazon announced today that Prime Instant Video will be the exclusive premium video streaming service to offer MTV’s “Teen Wolf.” The re-imagined take on the film from 1985 that starred Michael J. Fox focuses on a high school social outcast whose life gets made even more complicated when he’s bitten by a werewolf. While that may not sound all too interesting, or particularly good, the show has grown a rabid following and has seen moderate success with critics.

In addition to its exclusive streaming deal, Amazon has also struck a deal with MGM to start showing some of its films, including “Raging Bull” and “Thelma and Louise.” Later this year, Amazon will start streaming another chunk of MGM’s catalog, including “The Silence of the Lambs” and “A Fish Called Wanda.”

“Teen Wolf is a dark, edgy show that really resonates with Amazon customers. We’re thrilled to offer all past seasons exclusively to Prime members so they can catch up or re-watch favorite episodes of the hit series at no additional cost,” Brad Beale, Amazon’s Director of Digital Video Content Acquisition, said in a press release. “We’re also excited to add more MGM classic films such as Raging Bull and Thelma and Louise to Prime Instant Video. We know our customers love these great films.”

The additional content is good news for Amazon, which is working to bolster its streaming video offering in order to compete with Netflix. In addition, a recent survey said that increasing the value of Prime was important if Amazon wanted to maintain its subscriber levels while increasing the price of its service. Expanding its video service is a way for Amazon to add value to Prime without increasing shipping costs, the main reason why CFO Tom Szkutak said that the company was considering a price hike.