Amazon’s latest attempt at putting together a compelling slate of original programming has worked, at least somewhat well. And really, it’s about time.

While “Alpha House,” one of the company’s first original comedies, has topped Amazon Video’s charts, the company hasn’t seen any breakout hits on the order of Netflix’s “House of Cards” or “Orange is the New Black.” This time around, it seems like they’ve made it a bit closer with a slate of five pilots: two dramas and three comedies. Here’s the sizzle reel preview:

Don’t have three and a half hours to watch Amazon’s newest slate of offerings? No worries. I sat down with my laptop and a notebook to see what shows managed to come out on top.

First, a word of warning: if anyone wants to try this at home, it’s worth noting that all of the shows are rated for mature audiences, and they all earn that rating with nudity and/or expletives. It might be best to make sure that any kids (or other particularly sensitive folks) are out of the house or snug in bed before sitting down to any of these shows. Alright, here’s my take on Amazon’s slate of pilots: 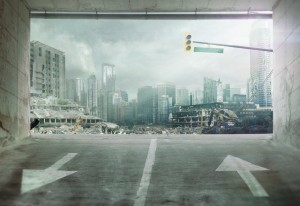 Hoo boy. It seems like Amazon is banking on this one to hit it big based on the fact that “The After” was created by Chris Carter, one of the people behind The X-Files. I’m not convinced that bet paid off.

While the show’s post-apocalyptic setting shows promise, its characters really don’t. Viewers are treated to eight flat archetypes from central casting rather than real human beings. Instead of introducing the audience to people they can connect to, the characters are just there to move the show’s plot and mythology forward, while also, in some instances, being incredibly offensive.

It seems like Carter felt like he had to rush through any actual character development to get to the big reveal at the end of the episode, and the show is so much weaker for it. While I didn’t like the pilot, it has the potential to blossom into a deep, interesting show. But at this point, it just doesn’t seem like the writers’ room has their act together enough to write a script in which the characters feel like actual human beings. Verdict: SKIP

Following in Amazon’s attempt to capitalize on existing franchises, “Bosch” is a television take on Michael Connelly’s bestselling Harry Bosch series of detective novels. In addition to its venerable franchise, Bosch is drawing on a cast of experienced actors that will almost inevitably have viewers asking where they’ve seen them before.

The titular character is played by Titus Welliver (The Man in Black from “Lost”), supported by Lance Reddick (Philip Broyles from “Fringe” and Cedric Daniels from “The Wire”), Valerie Cruz (Sylvia Prado from “Dexter” and Lieutenant Murphy from “The Dresden Files”) and a host of others. Scott Wilson, who some may recognize as Hershel from “The Walking Dead” (or Dick Hickok from “In Cold Blood”), puts in a quiet, powerful and scene-stealing performance during his limited amount of screen time.

Still, there’s nothing about Bosch that feels transcendent: it knows, understands and inhabits the tropes of a cop drama very well, but there wasn’t really anything about this pilot that felt greater than another good cop drama on network TV. Out of all of the Amazon shows, “Bosch” feels the most like it has a solid foundation. While I’m concerned that it might turn into Yet Another Cop Show, the writing and casting is good enough that it seems to have a chance to reach beyond its roots. Verdict: WATCH, if you like cop dramas

Mozart in the Jungle 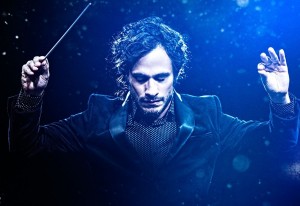 For people who want sex, drugs and classical music, “Mozart” is the show for them. It’s the story of a young, impressionable oboist, who comes to the Big Apple in search of a job in the symphony, and she gets thrust into a world of drinking, drug use, big egos and matching sex drives.

It’s all based on a memoir by Blair Tindall, who chronicled her time in a similar position–hoping to make the big time as a symphonic musician. “Mozart” feels most similar to the ill-fated “Kitchen Confidential,” which starred a young Bradley Cooper in a story loosely based on Anthony Bourdain’s raunchy, pull-no-punches memoir.

Still, while “Mozart” is ostensibly based on Tindall’s book, her fictional stand-in often plays second fiddle to the men in the cast. Moreover, some of the characters just felt a bit wooden. Still the pilot was an enjoyable romp, and didn’t feel like a waste of my time. Verdict: MAYBE 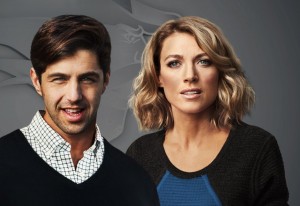 Let’s get this out of the way quickly: don’t bother watching “The Rebels.” Out of all the shows on Amazon’s slate, it was the only one I had to stop watching halfway through and go do something else just to keep from banging my head against the wall out of frustration.

This show about an ex-cheerleader widow who takes over ownership of her late husband’s football franchise is just not good.

All of Amazon’s shows relished their ability to drop all manner of expletives, but “The Rebels” seemed to get the most enjoyment out of trying to show off how many f-bombs it could unleash in a half hour. I love some well-placed vulgarities as much as the next person, but after about five minutes in, all of the swearing just felt tiresome.

Swearing aside, the rest of the show is populated by awkward jokes and painfully bad toilet humor.

But “The Rebels” manages to pick the sort of jokes that are aimed squarely at 13–15-year-old teenage boys and then wear them out well past their welcome. In another particularly painful moment, a panel of big-name NFL commentators–Terry Bradshaw, Howie Long, Michael Strahan and the like–try to stumble their way through lines about the titular football team, but they are clearly uncomfortable trying to spit out whatever it is they’re trying to say.

The end of the episode showed some slight glimmers of redemption, but it was too little, too late. In another universe, with better writers, “The Rebels” could be to pro football what “Veep” is to the White House. Instead, what we’re left with is a steaming pile of expletive-studded dung. Verdict: SKIP 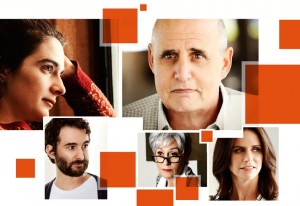 If there is one show that will win Amazon awards, “Transparent” is it. Its pitch feels fairly tired: a family of terrible people with boundary issues gets shaken when its patriarch reveals a key secret.

But “Transparent” transcends that pitch in every possible way. It’s a quiet, heartfelt show which shows its viewers the deep, internal struggles of its small ensemble cast, while also showing just how horrible the characters can be to one another.

Without giving too much away, all of the characters in “Transparent” have real, serious personal problems that have crippled their emotional development in subtly different ways. The audience is then treated to both a look at how they act when they’re performing for the rest of the world, as well as the moments when the same hardened characters let their guards down just a little bit and show what’s really going on inside their respective heads. It’s spectacular.

All of that said, “Transparent” feels the most fragile to me. The show is trying to deal with tough, sensitive subjects, and the fate of the series really rests on the writers’ ability to reach past the cheap laugh towards moments of quiet emotional beauty. That’s no easy feat, but if they can pull it off, “Transparent” could be the show that puts Amazon’s original programming on the map. Verdict: WATCH

All told, Amazon’s latest slate of shows reveals a lot of potential. All of them risk failure, though some seem better-positioned to succeed than others.

While it was the weakest of the bunch, even “The Rebels” showed some promise, and it’s all uphill from there. All of the pilots, including Amazon’s slate of children’s programming, are available for viewing here. While there, users can also vote on what pilots they’d like to see Amazon pick up for a full season later this year. What did you think of the pilots on offer? Let us know in the comments.