First- and second-generation immigrants make up only 27 percent of the U.S. population, yet more than half of the most valuable U.S. tech companies were founded by immigrants or the children of immigrants.

Inspired by these statistics, we wanted to explore this phenomenon by speaking to foreign-born entrepreneurs about the immigration experience and how it shaped their careers.

IMMIGRANT’S JOURNEY
This is the third installment in a special GeekWire video series spotlighting the stories and perspectives of immigrant entrepreneurs and leaders. Watch Part 1 and Part 2.

In these interviews, a pattern emerged as the immigrants spoke about the challenges they faced: the disadvantages they dealt with as new immigrants often created the conditions and skills that led to their successes.

Nakajima, who is currently the chairman of Xevo, moved to the U.S. in his twenties to work for Microsoft. When he was still new to the country, he struggled to speak in group meetings at the company because of the language barrier.

“The funny thing that happened was, since I wasn’t able to contribute to group discussions, my boss gave me prototyping work, which I could do alone,” Nakajima said. “That prototype became the base of Windows 95 eventually.”

Following his success at Microsoft, Nakajima founded 7 companies. Since moving to the U.S., he has employed more than 300 people.

In Part 3 of GeekWire’s Immigrant’s Journey, hear from foreign-born entrepreneurs as they describe how the immigration experience shaped their careers and how the diversity of international experiences can impact U.S. companies. Click the following links to watch the previous installments:

Part 1: How can U.S. improve its immigration policy? We asked immigrant entrepreneurs and tech leaders

The following are the immigrant entrepreneurs featured in Part 3: 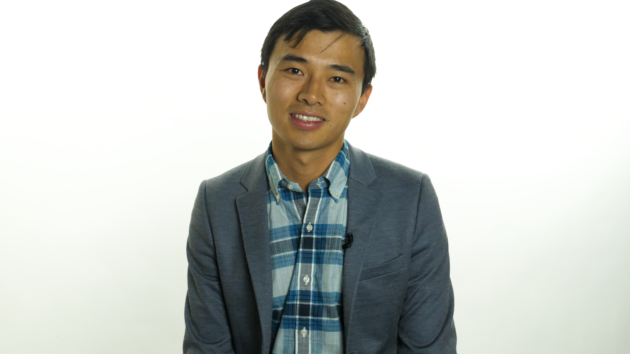 Xiao Wang, CEO of Boundless, a startup that helps people navigate the immigration process. Wang was born in Nanjing, China. He said that studying in the U.S. was always a dream of his parents, who had to stop attending school during the Chinese Cultural Revolution. Wang immigrated to the U.S. when he was 3 years old to reunite with his parents after they finished their graduate studies. He has an MBA from Harvard Business School and a master’s degree from Stanford University. 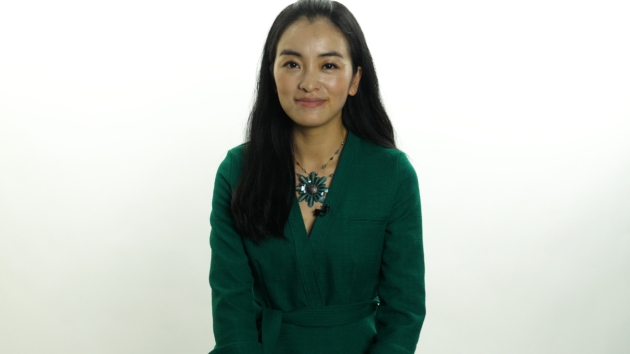 Anna Hong, co-founder and CEO of SapphireView, which provides an end-to-end solution for recording and streaming live or pre-recorded events from multiple perspectives. Hong was previously an aerospace propulsion engineer at the Chinese Academy of Launch Vehicle Technology (CALT), a leading rocket manufacturer in Beijing, China. She climbed the ranks to become the CALT CEO’s chief of staff. 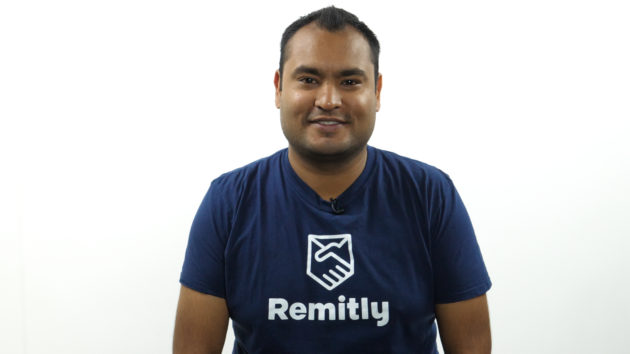 Shivaas Gulati, co-founder of Remitly, a mobile payments service that enables consumers to make international money transfers from the United States, Canada, Australia, and the United Kingdom. Over the past seven years, he has played a critical role in the startup’s engineering team. He has an master’s degree in IT from Carnegie Mellon University and a bachelor’s degree in computer science from Wilkes University. Gulati is originally from India. 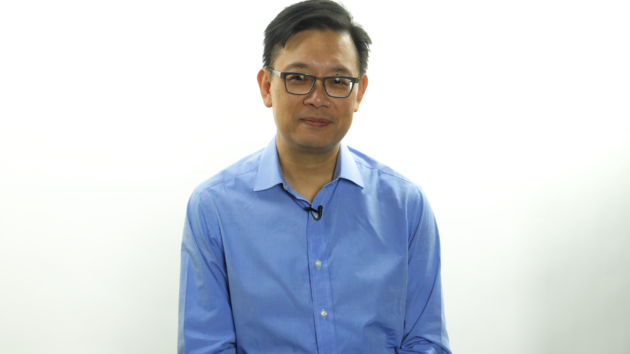 William Lai, president and co-founder of 8Ninths, an augmented, virtual and mixed-reality studio in Seattle. Lai grew up in Hong Kong and moved to the U.S. when he was 15 years old. He says his family immigrated mostly for political reasons, as they were concerned about Hong Kong’s stability after the transfer of sovereignty from the United Kingdom to China in 1997. Lai spent 13 years at Microsoft, where he served in an instrumental role in architecting the MSN/Windows Live Messenger service, one of the earliest cloud-based services when it was launched. 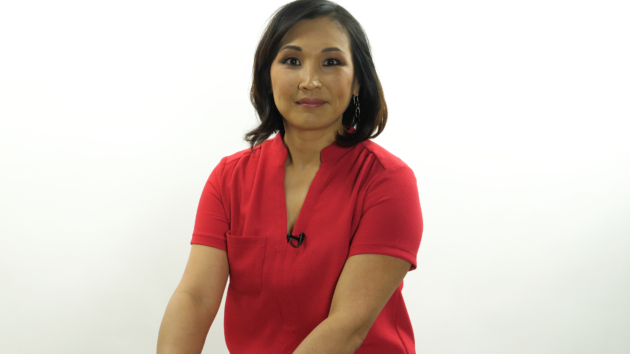 Mina Yoo, founder and CEO of HEROCLIP, a consumer product company that aims to help people stay organized and keep their hands free. Yoo is originally from Korea and moved to the U.S. in 1991 before attending Brown University for college. She later attended the University of Michigan to get a dual Ph.D. in sociology and business administration. She was previously a professor at the University of Washington Foster School of Business. Yoo also spent a couple of years in Palo Alto, California, researching immigrant entrepreneurs in Silicon Valley. 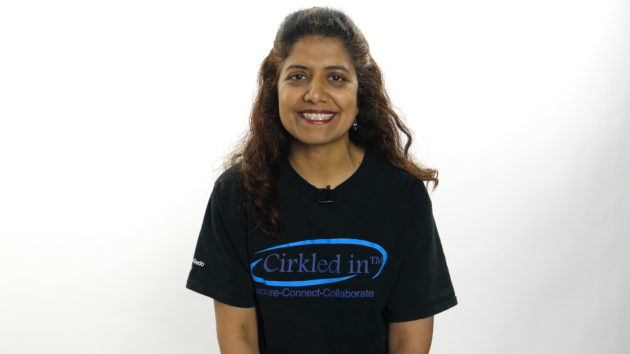 Reetu Gupta, founder and CEO of Cirkled in, a digital portfolio platform that allows students to showcase their accomplishments and helps colleges recruit candidates. Gupta was born and raised in India, where she started her career as an engineer. She came to the U.S. after being hired by AT&T Wireless. Gupta spent 20 years in corporate America and had a variety of roles, from working as an engineer to running a $500 million product line. She has an MBA from the University of Washington Foster School of Business. 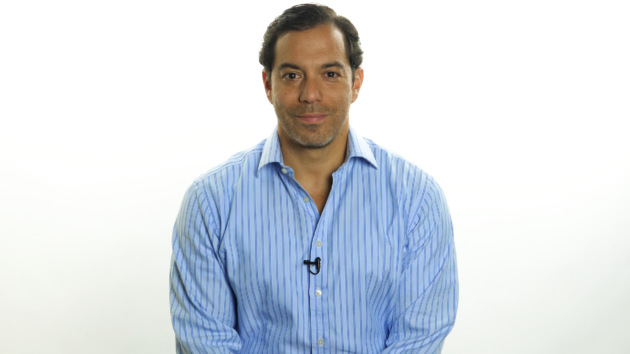 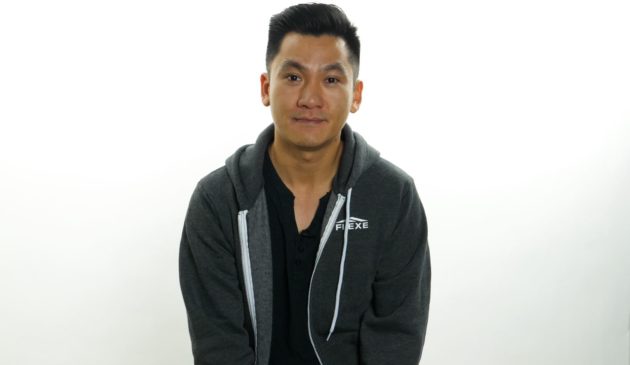 Francis Duong, CTO of Flexe, a Seattle startup that offers a marketplace for warehouse space. Duong was born and raised in Sydney, Australia. He immigrated to the U.S. to work for Microsoft, where he was a developer for Windows and a program manager for Xbox. Before founding Flexe with Karl Siebrecht and Edmond Yue, Duong built Ignition Mobile, a Y-Combinator backed mobile analytics company. 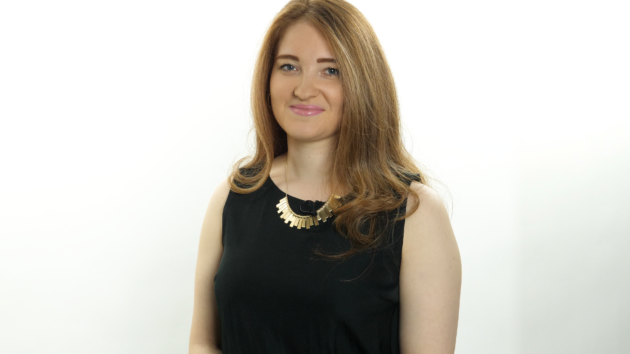 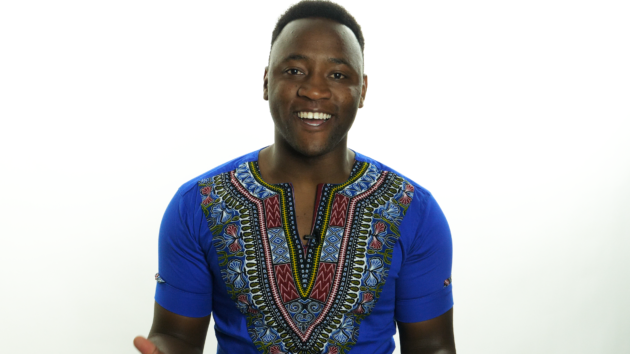 Sabastian Mugazambi, co-founder of Adisa, a startup that allows African artisans to manage and maintain an online marketplace. Mugazambi is originally from Harare, Zimbabwe. He moved to the U.S. in 2013 to study computer science and statistics at Carleton College in Minnesota on a full scholarship. Mugazambi turned down an offer to work for Morgan Stanley in New York to pursue his dream of becoming an entrepreneur. In 2017, he walked away with $18,000 in funding for Adisa from the WeWork Creator Awards. 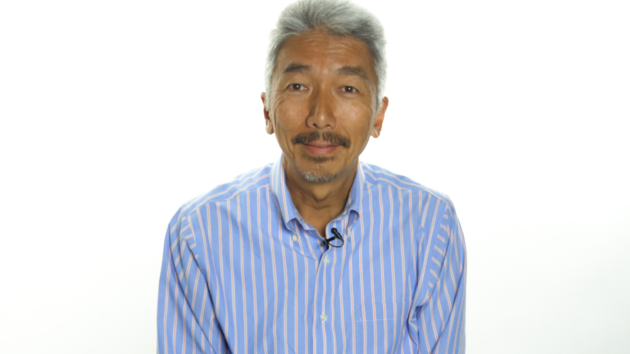 Continue reading for a full transcript of the video.

Xiao: When you look at stats that show what percentage of Fortune 500 companies are all founded or led by immigrants, I don’t think that’s a coincidence … The old analogy about burning your boats when you get to shore — it’s a similar one. So many people can’t return back to their own country choose not to, and they’re here. And this is it.

Nakajima: More hungry people are coming who have nothing to lose, and they are willing to risks their entire career to do something new.

Lai: You’re not going to pack your bags and go back home to where you came from. I think that kind of drive is super critical.

Gulati: As an immigrant, you go through different facets of life and different challenges that make you more resilient. You break through barriers you didn’t know you could or you didn’t even know that existed.

Yoo: There is another school of thought that says people who come to the United States is kind of a self selected group of people. They are the super talented ones who get scholarships to come to the US. They’re the really hard working ones. They’re the ones who want to take a risk.

Tarassova: When we came here to America or even when we originally immigrated to Canada, it was a calculated risk … And it’s the same for entrepreneurship. You don’t just blindly jump off any cliff. You assess the market. You look at what’s coming up that’s new and hasn’t been tried yet but has the potential for great gain, and that’s what I did with my company.

Lai: Of course, language is the first problem, so you know you are the ultimate outsider, not being able to communicate with the people that are around you. You spend more energy on areas you’re already succeeding in. We all like to feel good about ourselves and math is an area where the symbology is so rich, you can express yourself without having to deal with grammar or things of that nature. So I think that has a bit of a steering effect early on that there’s a lot of us in STEM because of that.

Nakajima: When I got to group situations, like six or seven people are talking together, it was so difficult to inject my own opinions. Microsoft was full of Type A people. So it was very hard at the beginning, but I learned that I can beat them by writing a great code … The funny thing that happened was, because I was not able to contribute in the group discussions, my boss gave me prototyping work, which I can do alone. And that prototype became the base of Windows 95 eventually. And it was very surprising because I was not able to speak English well, but Microsoft actually used my demo one of the big developer conferences within the year I came, and I presented my prototype as the next generation of operating system. That was the first real success for me.

Duong: Being an immigrant has helped me greatly. As the CTO of Flexe, it has allowed me to pave the way for diversity and inclusion at Flexe … Because we believe it actually helps us become a better company. To use different viewpoints helps us to be a more inclusive company in a $1.4 trillion market. We know that we have to build for a large variety of people.

Hong: We’re facing a global economy. The China market is big. So if the teams have Chinese founders, I would say it definitely helps a lot, especially when you want to acquire a Chinese market.

Medina: I’m a huge believer that different points of view make for better decisions. So the mere fact that you were brought up somewhere else — that you have seen different food and different behaviors and different decision makers and different core value sets — already puts you in a very privileged position to be part of a good team.

Mugazambi: If you have people from all over the world in the same room, they’re going to give you how that solution translates to their country of origin. And that helps you get a perspective of how you can build an idea so that it is all-inclusive and it can solve problems on different skills and can scale up to different markets.

Gupta: You need to know who your customers are. And how do you know your customers? The CEO cannot go and visit every single country. And even if he or she did, they won’t know the needs and the pain points of that country. So if you want to be a successful company, you want people who can bring that perspective to the table. Be thankful that somebody is giving you international marketing input and international customer feedback, sitting in one conference room in your office versus you having to go to China or Australia or India or Ukraine.