Many students pick a college in a snowy setting because they love winter sports. Sabastian Mugazambi and Claire Tagoe chose Carleton College in Minnesota because they’d grown up in Africa and had never seen snow at all.

And it was there, over a conversation about Ethiopian dresses with a third friend, Maraki Ketema, that the trio came up with the idea for an online marketplace for artisan-made African goods. The team, now based in the WeWork space in Seattle’s South Lake Union neighborhood, launched their startup in 2015 and named it Adisa.

Update: This week, Mugazambi traveled to New York to compete for a portion of $1.5 million in funding in the WeWork Creator Awards. He walked away with $18,000 as an “Incubate Winner” given to ideas or projects in need of funding. Adisa was one of 21 winners out of 31 entrepreneurs, nonprofits and artists that made their pitches before a live audience.

Mugazambi said the prize money could help Adisa get closer to its goal of featuring more than 2,000 products from more than 1,000 artisans from four African countries.

“Given the average artisan family size of four, we will be impacting over 4,000 people,” Mugazambi said. “Our ability to create demand for these incredible products will raise their household income by at least 200 percent. This will enable these artisans to provide better opportunities for their families and children.”

All three co-founders have strong ties to Africa: Mugazambi is from Zimbabwe, Tagoe is from Ghana and Ketema was born in Ethiopia and moved to Minnesota when she was 8. 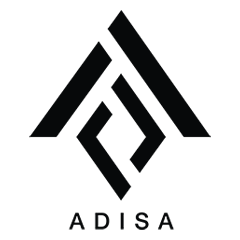 After college, the team visited a WeWork space in New York and were impressed by the collaborative community that it fostered. A fellow Carleton graduate highly recommended the South Lake Union WeWork location and after talking to local members, they signed on.

One of those hoping that Adisa wins big this week is Mugazambi’s mother, who is a seamstress. Since learning about her son’s startup, “her dreams have transformed from, ‘I want to sell two dresses this month’ to ‘I want to create an African-inspired international clothing line,’” Mugazambi said. “It is our mission to make such dreams come true for all artisans across the continent of Africa.”

We caught up with Mugazambi for this Startup Spotlight, a regular GeekWire feature. Continue reading for his answers to our questionnaire.

Explain what you do so our parents can understand it: “Adisa is an online marketplace that leverages the world market to help African artisans increase their product sales. Adisa aims to be the one-stop shopping platform featuring African artisanal products.”

Inspiration hit us when: “All three of us were student co-workers at Carleton College’s IT department. During one of our work-study shifts, Maraki shared her frustration about the inability to find a particular Ethiopian dress online. I then noted that my mother, a seamstress, would have been more than happy to make Maraki a custom dress — all I had to do was connect my mother with Maraki.

It then dawned on us that this was a major problem that had to be solved. African artisans have lacked direct contact to the international market, so we created Adisa to bridge that gap. With technology and e-commerce, Adisa has become a solution to this problem while also making a difference in the lives of millions of artisans.

Our first breakthrough came by winning the Carleton College Entrepreneurship Competition, which came as an early validation that other people also believed in Adisa and its vision.”

Our ‘secret sauce’ is: “Collaboration and teamwork have played major roles in our success. We’ve developed this incredible ability to draw on each others’ strengths — none of this would have come to be if we were a team of one.”

The smartest move we’ve made so far: “Our smartest move was definitely expanding our team beyond the three founders. Ian Kpachavi is the fourth member and Adisa’s designer. He has helped us rebrand as well and work on our many media assets, including our Kickstarter video. We also had two interns over the summer who helped us rebuild our site and build out the preliminary infrastructure for some of the other technology we need to have in place.”

The biggest mistake we’ve made so far: “Coming out of college none of the team members had experience with fundraising and finance so navigating the complexities of capital raising has always been challenging.”

Would you rather have Gates, Zuckerberg or Bezos in your corner: “All three are incredible in their own way. If we had to pick, we’d probably say Bezos. He has led Amazon to become an e-commerce giant that has transformed the way the world does business. We are hoping to do the same with Adisa — we want to change the way the world interacts and does business with African artisans.”

What’s the one piece of advice you’d give to other entrepreneurs just starting out: “Don’t be afraid to make big bets and embrace failure: Most of the time people have great ideas but are afraid to execute on them. People fear failure, but success comes from leaning into failure and embracing it as a tool that clears the path to success.”