Microsoft is investing in the ride-hailing industry again, announcing an investment in Southeast Asia transportation giant Grab on Monday. 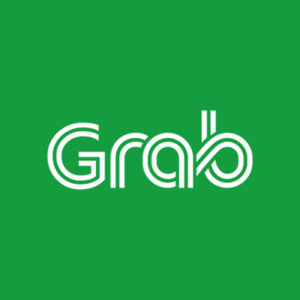 Singapore-based Grab will adopt Microsoft Azure as its preferred cloud platform and use Microsoft’s machine learning and AI capabilities as part of the deal. Terms were not disclosed.

“Our partnership with Grab opens up new opportunities to innovate in both a rapidly evolving industry and growth region,” Peggy Johnson, executive vice president at Microsoft, said in a statement. “We’re excited to team up to transform the customer experience as well as enhance the delivery of digital services for the millions of users who rely on Grab for safe and affordable transport, food and package delivery, mobile payments, and financial services.”

Microsoft previously invested in Uber three years ago and sold some of its Bing Maps assets to Uber, but has stayed away from ride-hailing otherwise. Last month, it announced a partnership with Volkswagen, which plans to build a network of Azure-connected cars.

Microsoft has also been pushing forward the idea of the “intelligent edge,” and cars are an excellent example of the unique demands of edge computing, with enough capacity to handle a significant amount of computing power yet often encumbered by slow or spotty internet connections.

Grab, valued at $11 billion, is available in 235 cities and offers an array of services beyond traditional ride-hailing, including food delivery and bike-sharing. Its investors include SoftBank, Toyota, Hyundai, and Didi. Grab acquired Uber’s Southeast Asia business earlier this year.

Microsoft’s investment adds to Grab’s growing presence in the Seattle region. The company opened a Seattle engineering office in 2016 and expanded the space last year. Raman Narayanan, a 23-year veteran of Microsoft who held the title of Distinguished Engineer at the Redmond tech giant, leads Grab’s Seattle operation.

Paul Allen’s Vulcan Capital is also an investor in Grab.

Editor’s note: This story previously cited a Financial Times story that reported a $200 million deal. Financial Times removed the number from its story and we updated this post to reflect that.