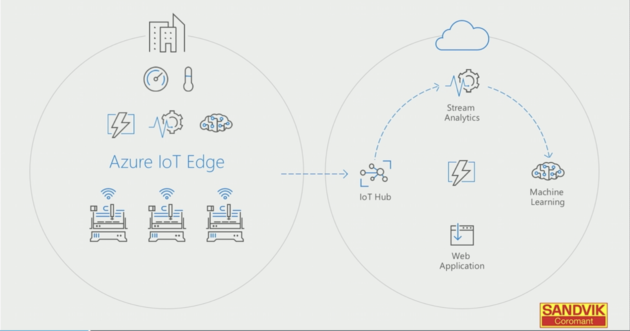 Microsoft used one of its biggest events of the year to remind developers that edge computing is coming, and it’s going to change everything all over again.

“Data has gravity, and computational power will move toward it,” said CEO Satya Nadella Wednesday at Microsoft Build 2017. He also mentioned this shift during Microsoft’s most recent earnings call:

For example, right when everyone’s talking about the cloud, the most interesting part is the edge of the cloud. Whether it’s IoT, whether it’s the auto industry, whether it’s what’s happening in retail, essentially compute is going where the data gets generated, and increasingly data is getting generated at the volumes in which it’s drawing compute to it, which is the edge.

As the Internet of Things hits its stride, and mobile devices continue to become more powerful, it’s making more and more sense to move processing out to those devices. During its first keynote presentation of Build 2017, Microsoft showed off a preview of Azure IoT Edge, a new service within Azure that will help developers tap into edge computing when it is released later this year. 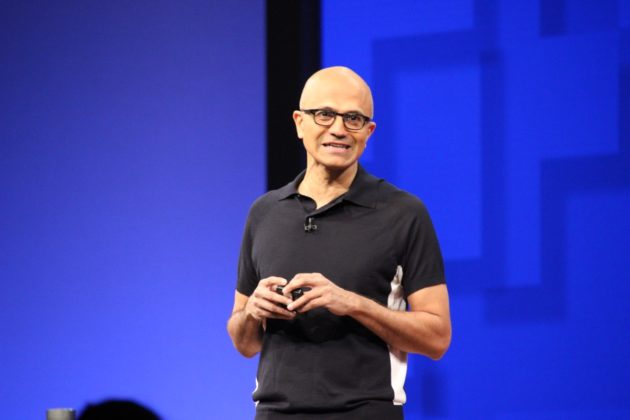 Edge computing, or what Microsoft calls “the intelligent edge,” is the result of an ebb and flow in computing trends. Before the internet, your computer processed everything locally. As smartphones became the engine of tech, relatively weak mobile processors and power consumption concerns — coupled with the growth of cloud services — shifted a lot of that processing to data centers, or “the cloud.”

The pendulum is swinging back the other way. As we connect everything to the internet (often under less-than-ideal conditions), and mobile processors start to rival their PC counterparts, performance concerns start to argue for moving processing power closer to the end user. The speed of light still dictates an awful lot of what happens in the tech world, and any app or service promising real-time information can’t wait even seconds.

This is going to change the way applications are developed. The tech industry has been talking about this concept for several years, but no one is exactly sure how it will play out with the arrival of autonomous cars, the industrial internet, or wearable computers.

But the tools are arriving. Azure IoT Edge will allow developers working on Azure to run some of the same code they currently have to run in the cloud on the device itself. It’s a runtime that works on either Windows or Linux and only needs the processing power of a small computer like the Raspberry Pi, and is based around serverless computing principles.

Sam George, director of Azure IT, demonstrated on Wednesday how Sandvik Coromant, a Swedish company that builds expensive precision metal-cutting machines, used Azure IoT to reduce the amount of time required to detect a problem that would require the machine to be shut down before failing completely.

We’re reaching the point where you can’t train and run all the data in the cloud.

The idea is simple: it can take two seconds for the machine to detect a problem, report back to the cloud-hosted logic that determines whether or not the machine needs to be shut down, and convey the decision back to the machine. With some of these complicated machines, that delay might cause a catastrophic failure that could cost Sandvik millions.

Azure IoT Edge allows that decision-making logic to run on the machine itself, reducing the time needed to make an emergency shutdown decision from two seconds to 100 milliseconds. The stakes aren’t that high for most applications, but that level of performance could allow connected devices to manage themselves more intelligently without having to phone home for instructions.

This is one of those interesting areas in tech: we don’t know exactly what people will be able to accomplish with edge computing, but we know that it makes an awful lot of sense. Amazon Web Services has a similar feature called Amazon Greengrass that was launched last November as a limited preview.

“We’re reaching the point where you can’t train and run all the data in the cloud,” Nadella said during the keynote. It’s very likely that some Azure customers have already reached that point, and Azure IoT Edge could be a good selling point for those customers.