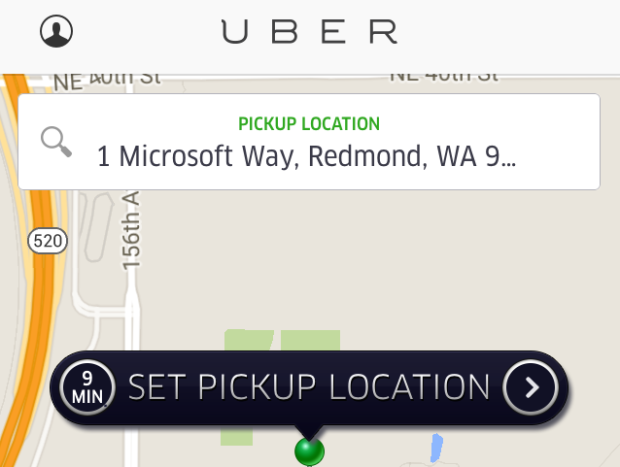 Looking to get a piece of one of the hottest startups on the planet, Microsoft is investing in ride-sharing giant Uber’s latest financing round, according to a report in The Wall Street Journal.

Citing people familiar with the deal, the Journal reports that Microsoft and Indian media conglomerate Bennett Coleman & Co. are investing in Uber’s latest round. The overall size of the round reportedly totals $1.5 billion to $2 billion.

The deal is valuing the ride-sharing pioneer — which also counts Amazon.com founder Jeff Bezos as an investor — at a whopping $51 billion. That’s about the same as Facebook’s valuation when it was still private — interestingly a company that Microsoft also helped bankroll with a $240 million investment in 2007 for a 1.6 percent stake. Facebook is now valued at $267 billion.

It’s unclear how much Microsoft is investing in San Francisco-based Uber, or the percentage it will own. Microsoft is not commenting.

While the investment may seem a bit far afield for Microsoft CEO Satya Nadella’s new regime, the companies do know one another. In June, Microsoft sold some of its Bing Maps assets to Uber. Terms were not announced, but about 100 Microsoft engineers shifted to Uber as part of the deal.

Uber has raised a whopping $5 billion over the years from a long list of investors, including NEA, Benchmark, Blackrock, Fidelity, Menlo Ventures, Kleiner Perkins Caufield & Byers, Baidu and others.

Interestingly, Google Ventures — the venture arm of Microsoft rival Google — also is an investor. The Journal reports that friction has emerged between Google and Uber in recent months as both companies work on technologies related to self-driving vehicles.

Uber had $400 million in revenue last year, and is on track to top $2 billion this year. It now operates in more than 300 cities across the globe, offering an alternative to traditional taxis.