Thursday is the mother lode of tech earnings.

Stay tuned for full coverage on GeekWire. In the meantime, here are a few things to watch.

Will Amazon continue to crush it? For years the online retail and cloud giant took losses as it invested in the business and grew rapidly. In recent times, however, Amazon has become a cash cow for investors. Just last quarter Amazon reported $43.7 billion in sales for the fourth quarter, a 22 percent jump for the online retailer’s critical holiday shopping season, leading to profit of $749 million. That was an increase of 55 percent over that time a year prior.

Yet investors still weren’t totally sated by the results, as Amazon was a little short on revenue and its stock dropped slightly. Amazon Web Services has buoyed Amazon’s financials as it leads the way in the crowded cloud computing market.

This time around, analysts surveyed in advance by Yahoo Finance are expecting profit of about $1.13 per share on $35.3 billion in revenue, an increase of about 21 percent over this time last year.

How will the LinkedIn acquisition affect Microsoft’s bottom line? Microsoft beat expectations last quarter, the first that included any of LinkedIn’s financials after the $26 billion acquisition closed in December. Three weeks of LinkedIn’s results were included in the last quarterly report, and the social network for business contributed revenue of $228 million to Microsoft’s results. It also pulled down the company’s bottom line with a loss of $100 million for the three weeks.

Microsoft, which continues to cross all-time high thresholds for its stock and market cap, is expected by analysts to report earnings of 70 cents per share, on revenue of $23.6 billion. That figure would represent about a 7 percent increase from the prior year. 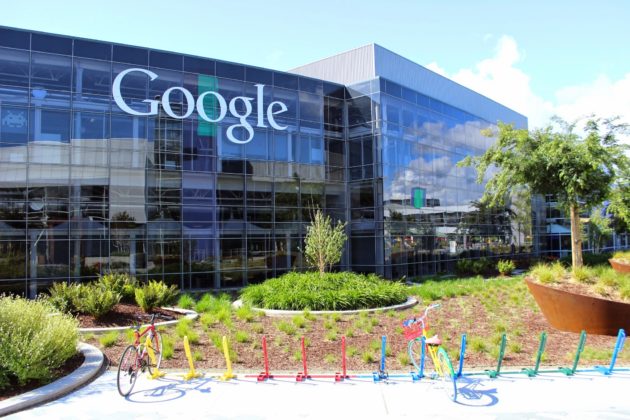 What impact will the YouTube ad boycott have on Alphabet’s financials? Advertising is an important moneymaker for Google parent company Alphabet. Last quarter advertising revenue was up 17 percent on an annual basis to $22.4 billion. YouTube advertising represents a piece of that pie, but it is unclear how much. Nasdaq cited a Trefis estimate that YouTube ads contribute nearly 18.7 percent to Alphabet’s value.

Last month, starting in the U.K., a variety of big-name brands began pulling ads on YouTube after finding out that their ads appeared opposite offensive content like like extremist videos. Google has said it is working to fix the issue, but the loss of ad dollars from the boycott could impact Alphabet’s bottom line, with Forbes reporting a possible $750 million hit.

Yahoo Finance analysts expect Google to post earnings of $7.40 per share on $24.2 billion in revenue, which would represent a 19.5 percent increase over the same period a year ago.

Will we all still be alive? Expedia CEO Dara Khosrowshahi closed the company earnings call last quarter with this optimistic comment: “Hopefully, we will all be alive to see the end of next year.” We second that notion, and we are also curious to see if Trump’s stalled travel bans, and new rules limiting which devices people flying from certain countries can bring on planes, will have any effect on Expedia’s financials.

Numerous reports indicate that since the bans were announced, even though they haven’t been enacted due to the courts striking them down, people have canceled travel plans to the U.S., while others passed on booking trips here. Expedia gets the bulk of its revenue from hotels — 61 percent in 2016 — so it will be interesting to see if enough people have decided to forego trips to hurt Expedia’s earnings.

Analysts expect Expedia to post earnings of 7 cents per share on revenue of $2.1 billion. That would represent a revenue increase of about 12.4 percent over this time last year.