Amazon continues to see more and more traction with its voice-enabled speaker.

A new report from Consumer Intelligence Research Partners (CIRP) estimates that there are now 8.2 million customers who own an Amazon Echo device, which first went on sale in late 2014 to Prime members and became generally available in June 2015. 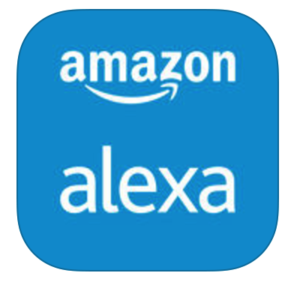 That’s up 60 percent from the 5.1 million Echo users that CIRP cited in November 2016; the big increase likely resulted from a busy holiday season that saw Echo sales spike 9X from the year prior, according to Amazon. The 8.2 million number is also up nearly 3X from this time last year, CIRP said.

CIRP, which polled 500 U.S.-based Amazon customers for its report, also said customer awareness of the Echo has “increased dramatically” in the past year. The firm reported that awareness of the Echo among Amazon customers reached 82 percent as of last month; that’s up from 69 percent in September 2016 and up from 20 percent in March 2015. CIRP credited Amazon’s traditional media advertising and prominent placement on the company’s e-commerce site for the increased awareness.

CIRP gathered data on how people are interacting with Alexa. A majority are using it as an “information provider,” which CIRP co-founder Josh Lowitz said is a sign that Amazon wants the Echo to become an internet browser.

“More Echo owners use it as an information source than as a voice-controlled music device,” Lowitz said in a statement. “Amazon positioned Echo and the Alexa software as much more than a smart audio player. Amazon clearly wants it to become an Internet browser and even a home controller. Hundreds of third-party electronics, appliance, and even auto manufacturers now offer products that work with Alexa. Amazon wants Alexa to be the starting point for the move to connected-automated homes.”

Lowitz’s comment about the Echo becoming an in-home voice-activated internet browser comment is noteworthy, given Amazon’s interest in launching a paid search product for Alexa.

The Echo, also sold in the U.K. and Germany, now carries more than 7,000 Alexa “skills,” or third-party integrations that extend the capabilities of the products. That’s up from 5,400 skills in December and 3,000 skills in September.

Alexa’s skills include things like the ability to schedule a ride from Lyft, get a pizza delivered, find a lost phone or hear from former Seattle Seahawks running back Marshawn Lynch. One of the newest skills helps sports fans skip the cable guide and find out when their team is playing.

“Voice is the new UI,” Dave Isbitski, chief evangelist for Alexa and Echo, said at the Consumer Electronics Show earlier this month. “At Amazon, we believe that there will be an Alexa skill for everyone, for everything.”

Amazon dominated CES with a series of integrations of Alexa into a variety of devices, from cars to refrigerators. PC maker Lenovo and Dish Network also announced Alexa-powered and supported devices at the show.

Amazon has an early lead in the voice assistant market, but it faces growing competition from other tech giants including Google and Microsoft. Amazon’s lead is notable in part because it doesn’t have the advantage of launching Alexa on a smartphone yet, in contrast with Apple’s Siri and others.

Voice Labs estimated this month that there will be 24.5 million voice-first devices shipped in 2017.

Amazon last year started a $100 million fund to invest in companies that will push the boundaries of voice-based interaction, and will launch an Alexa accelerator in Seattle next year in partnership with Techstars. So far, Amazon has invested in 22 startups as part of the Alexa Fund, mostly focused on smart home and wearable products. In the next year, the fund’s scope will expand to include areas like robotics, developer tools, healthcare and accessibility.

Update: Here is more about CIRP’s methodology for this report, via CIRP co-founder Michael Levin:

The sample of 500 customers is recruited over social networks. They are drawn from the entire US general population, as part of our regular quarterly survey of Amazon customer behavior.

The methodology uses statistics about that sample, such as frequency of shopping at Amazon, combined with Amazon financial information, to estimate the Echo units.