Amazon’s growth in Seattle is staggering. As the company continues to post record-breaking revenue numbers each quarter, it has added thousands of employees to its rapidly expanding South Lake Union campus. Amazon could soon cover roughly 10 million square feet in the city, which is about 25 percent of the total premium office space in downtown Seattle and enough room for more than 50,000 employees.

Many are wary of this unprecedented growth, with some blaming Amazon for new issues like bad traffic, rising housing costs, and income inequality.

Mayor Ed Murray, meanwhile, likes the fact that Amazon is hiring so many people. 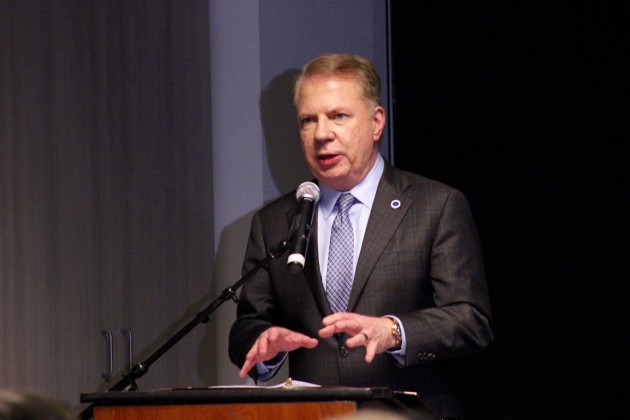 After speaking at a Redfin event on Wednesday evening about the quality of life and housing in Seattle, Murray told GeekWire that Amazon’s huge employee growth in the city “is a great problem to have.”

“I’ve been in this city as a young person, when one of our companies (Boeing) went bust and people moved out,” Murray explained. “Now people want to find parking and not have traffic problems? Live in a city where jobs leave. Having jobs is a good thing.”

The mayor is well-aware of existing problems in Seattle catalyzed by the addition of well-paid tech workers moving into the region.

Others also critique Amazon’s lack of big profits and its philanthropic activity, though it does provide grants to University of Washington research projects and donates to nearly 22,000 charitable organizations in Washington on behalf of customers via AmazonSmile.

And the company, like its tech heavy-hitter peers, is also dealing with issues surrounding diversity and work-life balance.

“They are trying to think through how they can be a good civic partner, a good citizen, a good corporation,” the mayor said. “Places like Microsoft used to struggle with that, but Amazon is really new. There are other ways they can choose to play in the city that will be value-added. I don’t know what it is — with Boeing it was arts, and Microsoft has been a lot about education.”

Amazon is unique as a tech giant that has purposefully focused its growth in Seattle’s urban core, versus in a suburban sprawl like many of its competitors.

“We could have built a suburban campus. I think it would have been the wrong decision,” said Amazon CEO Bezos at the company’s annual shareholders meeting in 2014. 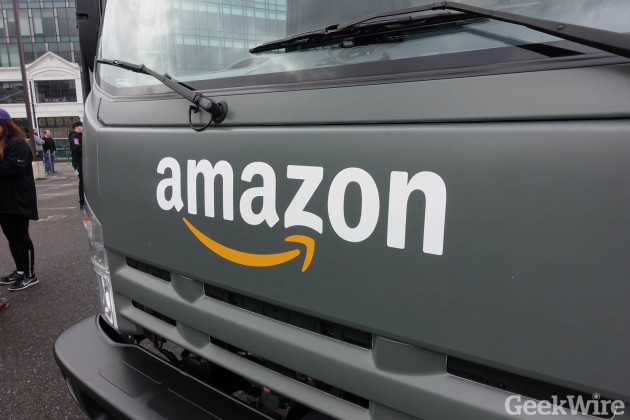 Bezos said the types of people Amazon employs and tries to recruit “appreciate the energy and and dynamism of an urban environment.” It’s also better for the city of Seattle and the planet, he said.

“I think it’s pretty much indisputable that urban campuses relative to suburban campuses are better because there’s much less commuting and much less fuel burned,” with many people choosing to live near work.

However, Murray cautioned that “we can’t just have one company” finding huge success and hiring like crazy in Seattle.

“That is a dangerous place and this city has experienced that before,” he told GeekWire.

That’s why the mayor has staff dedicated to help grow the startup ecosystem in Seattle, and why he travels to “startup cities on the planet” like Tel Aviv, Israel, to learn from other leaders about how city government can support local innovation and technology development.

While it is adding employees more rapidly than others, Amazon is not the only company attracting tech workers to Seattle. For more than a decade, out-of-town tech giants like Google, Facebook, Twitter, Salesforce, Uber, and others are opening R&D centers in the region, hoping to tap into the huge swath of technical talent. More than 70 large tech companies now have engineering outposts in the Seattle region, according to a list compiled by GeekWire.

Murray is focused on making sure the tech industry helps, not hurts, the quality of life in Seattle for all citizens — not just the new tech workers and companies, but for folks that have lived in the city for decades. At his State of the City address earlier this month, Murray asked: “Is a knowledge-based, technology-driven economy going to drive equity in this city, or is it going to drive us apart?”

Murray repeated that question on Wednesday and explained how he plans to keep Seattle affordable and livable while the tech industry continues to boom.

“One piece of it, is, are we willing to pay for the amenities that makes an expensive community also a livable community?” he said. “This city has said ‘yes’ big time in the last two years. But the most pressing thing right now is the issue of housing affordability.”

Murray, who grew up in the region, said he bought his current house in Capitol Hill 20 years ago and admitted that he could not afford it today.

“We’ve been given an incredible opportunity with the high-tech economy, but is it going to result in everyone being able to share it, or only some people?” Murray noted. “Will it only be people rich enough to afford to live here?”

Redfin, a real estate brokerage and tech company based in Seattle, hosted the event on Wednesday to discuss Seattle’s future, particularly given the recent housing climate. The housing issue is a growing problem caused in part by out-of-town tech company employees who can afford high rent and are forcing local residents to find other places to live — some have even moved into RVs to combat the rising rates.

Redfin CEO Glenn Kelman noted that the tech boom “has come north,” offering internal data that shows more and more people moving to Seattle from the Bay Area, which is dealing with its own share of livability issues.

Kelman spent more than a decade in the 1990s and 2000s in San Francisco before coming back to his hometown of Seattle. He said his friends in the Bay Area were skeptical of him moving to back Seattle to run Redfin, but said that “now all of them want to escape the madness of San Francisco.”

“You have a very well-meaning liberal government in the City of San Francisco that put its head in the sand and stopped building buildings for 15 or 20 years,” Kelman added. “You couldn’t get them zoned. Everyone worried about parking, everyone worried about affordability, and as a result, we preserved the character of the city, but gutted the people who lived there. It is a totally different population who lives there now as opposed to who lived there 30 years ago.

Kelman said Seattle can take steps to avoid some of the housing affordability and wage inequality issues around Silicon Valley.

“I have a vested interest in making sure that we keep Seattle different,” he said. “It’s going to have this amazing prosperity, but it can be a beacon for all the other cities going through the exact same change that we are. There is a way that we can grow and still build lots of houses and not screw up the character of our neighborhoods. There is a way that we can do it.”