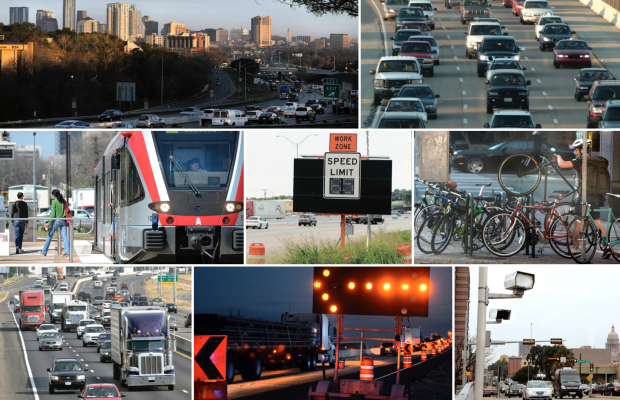 See update below on questions surrounding this study’s approach.

It’s getting a lot harder to move around Seattle. But at least you don’t live in D.C.

The nation’s capital took home top honors for the most congested city, with 82 hours of delay per commuter, according to a new report from Kirkland-based INRIX and the Texas A&M Transportation Institute.  That’s a full two weeks stuck in traffic — equivalent to the amount of time many people get for vacation.

This problem calls for a classic ‘all-hands-on-deck’ approach.

The report also notes that traffic across the U.S. has returned to pre-recession levels, with more than 7 billion extra hours spent in traffic jams and bottlenecks. That cost to the U.S.: $160 billion, or $960 per commuter, according to the study.

As commute times increase and buses fill up, a backlash is brewing in Seattle against the urban growth. Just last week, Seattle Mayor Ed Murray penned an editorial in The Seattle Times saying that his administration is doing everything it can to keep up with the growing pains.

Sitting in cars, trucks or buses on city streets does have a big impact on the economy, and report co-author Tim Lomax says the problem “is too massive for any one entity to handle.”

“Businesses can give their employees more flexibility in where, when and how they work, individual workers can adjust their commuting patterns, and we can have better thinking when it comes to long-term land use planning,” Lomax said in a release. “This problem calls for a classic ‘all-hands-on-deck’ approach.”

The data for the study is collected by INRIX using speed data across 1.3 million miles of roadway in the U.S.

And here’s the bad news. Even with advances in self-driving cars and ride-sharing services, congesting is expected to get worse. If the economy continues to hum, INRIX’s Jim Bak said that the annual delay per commuter is expected to rise from 42 hours to 47 hours by 2020. Those delays will push the cost of congestion from $162 billion to $190 billion, according to the report.

Maybe it’s time for someone to invent the jet pack.

UPDATE: The metrics used to analyze traffic in the recent study is getting some criticism for its methodology, with critics calling it flawed. David Alpert of Greater Greater Washington writes that the report only looks at one factor: how fast traffic moves, but not how far people actually travel. He explains.

The report, from Texas A&M University, looks at only one factor: how fast traffic moves. Consider two hypothetical cities. In Denseopolis, people live within 2 miles of work on average, but the roads are fairly clogged and drivers can only go about 20 miles per hour. However, it only takes an average of 6 minutes to get to work, which isn’t bad.

On the other hand, in Sprawlville, people live about 30 miles from work on average, but there are lots and lots of fast-moving freeways, so people can drive 60 mph. That means it takes 30 minutes to get to work.

Which city has worse roads? By TTI’s methods, it’s Denseopolis. But it’s the people of Sprawlville who spend more time commuting, and thus have less time to be with their families and for recreation.

See the full report from Texas A&M and INRIX here: