John Vechey greets me at the door of a strikingly spacious one-floor office in Seattle’s Ballard neighborhood, just off the water at Salmon Bay. The PopCap Games co-founder, now leading a startup called Pluto VR, immediately takes me into a room and hands me an HTC Vive virtual reality headset. He leaves, and a few minutes later, three human avatars pop up in my view. It’s a virtual version of Vechey, co-founder Forest Gibson, and Pluto’s “mad scientist” Shawn Whiting.

For the next 30 minutes, I take part in what is probably the most unusual interview I’ve ever done — and one that illustrates the potential for how people will be able to communicate in virtual reality.

Pluto VR wants to be the application we use to talk to other people who are also wearing a virtual or augmented reality headset. The 2-year-old Seattle startup is developing something like Skype or Facebook Messenger — a communication app that can run on its own, or on top of other experiences — but for virtual reality.

From its own app control panel, Pluto lets you create your own avatar, control the opacity of each person, mute mics or make “calls” to other people without needing an avatar, and more.

For my demo, each user fired up the Google Earth VR app. As we used the app, our Pluto avatars appeared on top of whatever we were seeing in Google Earth. The vision is to ultimately allow other VR apps to easily recognize and integrate Pluto’s software.

For now, Pluto only uses avatars that show faces and hand movements — which are trackable with headsets and accompanying controllers — but that was certainly enough to make the experience feel quite real. It definitely took a few minutes to get comfortable talking with other people in VR, but after a while, I felt like we were standing together in a circle and just talking, even though each of us were alone in different rooms.

It was cool to talk about what we were seeing in our own Google Earth app. As a sports fan, this immediately made me think about watching a game in virtual reality and having avatars appear in a virtual living room so we can watch the game “together.” This becomes even more exciting when you think about augmented reality, and having lifesize “avatars” that look almost like actual people. 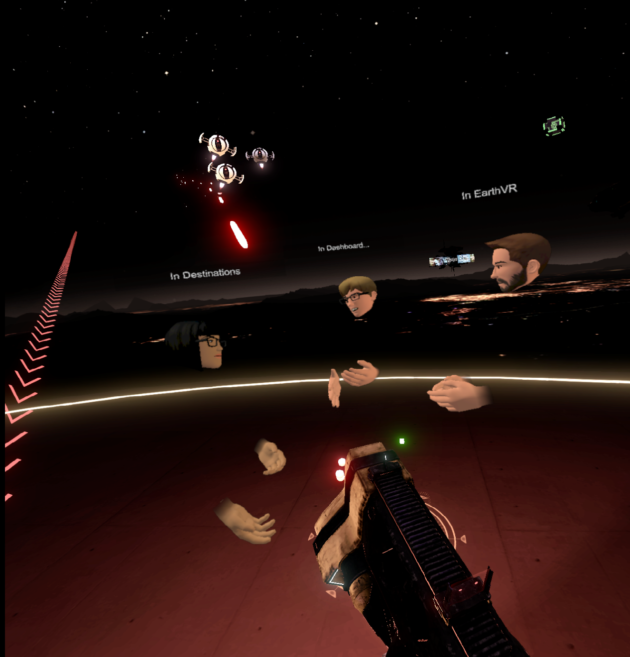 Pluto’s goal is to create a feeling of “shared presence” — the feeling that “comes from all of our senses and social cues that exist when we are in person together,” Gibson explained. It’s something that hasn’t been possible with existing communication technologies like phone calls, text messages, and even video chat.

“Eye contact, body language, facial expressions, and physical proximity are just a few pieces that make up shared presence,” Gibson noted. “Thanks to the advances in AR and VR technology, we are able to feel a sense of shared presence with other people even if they are across the world.”

After my demo, Vechey, Gibson and Whiting greeted me in the room — this time in reality. It was fascinating to go from having that “shared presence” in virtual reality, to having it in person. “Virtually in person” is one of the company’s taglines.

Vechey, who co-founded PopCap Games and sold the company to Electronic Arts for more than $750 million in 2011, explained that social interactions in virtual and augmented reality will be quite different than what we’ve seen with existing desktop and mobile applications. It will be closer to what we experience in real life, he said.

“We believe that the whole VR and AR ecosystem needs to become socially aware and that applications can assume and depend on the fact that customers can and will be connected with each other, using a multitude of communication services,” Vechey said.

Pluto aims to be one of those communication services — not just a standalone app for social interactions, but something much more far-reaching and widely-used on a variety of software and hardware platforms. There are existing companies like AltspaceVR that let VR users interact and be together virtually, but Vechey said no one is focusing on “shared presence” for a multi-app VR world.

It’s clear that the startup is thinking big.

“We’re not big fans of the ‘this for that,'” Vechey said when asked if Pluto is the ‘Skype for VR.’ “How do you make a simple comparison of a brand new form of communication? What was the this for that of the telegram?”

When Pluto first got going in 2015 — Vechey co-founded the company with Gibson, Jared Cheshier, and Jonathan Geibel — it tossed around different ideas that had a communication element, like a VR whiteboard application or a “couch app” for gaming.

But ultimately the startup kept going back to its original goal of transcending physical location and realized that the VR world would eventually need communication services that could connect beyond just one application.

It’s still early days for both Pluto and the VR industry in general. When tracking technologies improve, Pluto will be able to show more than just hands and a face — think about your avatar actually mimicking eyebrow and eyeball movement, for example. There are also limitations with both current hardware and software that is available.

Vechey said that “we are running a marathon.”

“It’s scary,” the CEO admitted. “But we fundamentally believe that this type of communication and VR apps being more socially aware is going to be the future.”

For now, Pluto’s product is in “alpha” and will roll out as a preview to a limited group of customers before a potential public launch later next year. As far as a potential business model, Vechey said he’s not spending too much time thinking about monetization yet.

“That’s partly because creating a brand new way of communication on brand new technology platforms is difficult enough,” he said. “We feel that if we can be successful at connecting people to each other, we won’t lack from business models.”

Pluto, a Seattle 10 company last year, employs 14 people at its Ballard office, which was previously occupied by pet insurance company Trupanion. It’s much too large of a building for a typical 14-person startup, but it’s perfect for Pluto given the technology it is building. The extra space and individual offices allow the company to better test its software.

“Even though it seems like this is a colossal waste of money, moving here has really enabled us to make a much, much better product,” Vechey said. 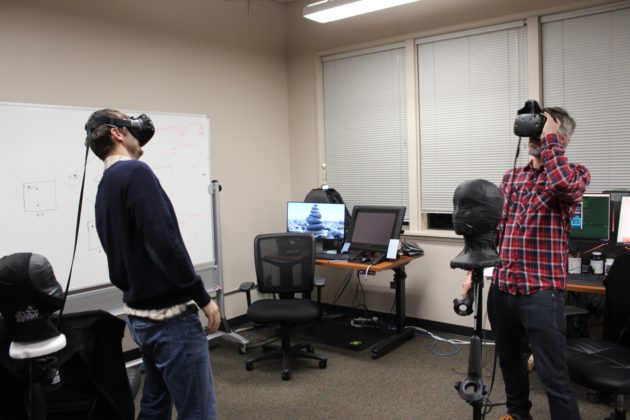 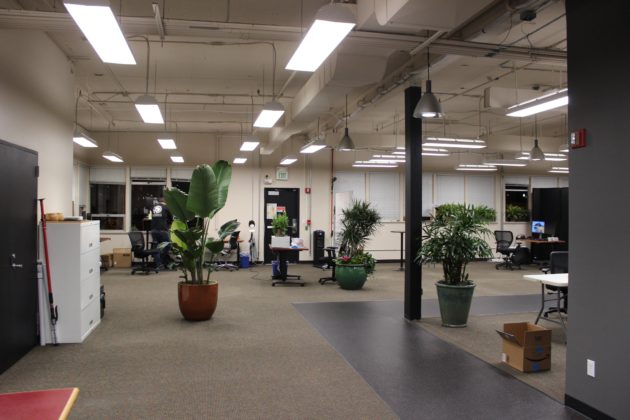 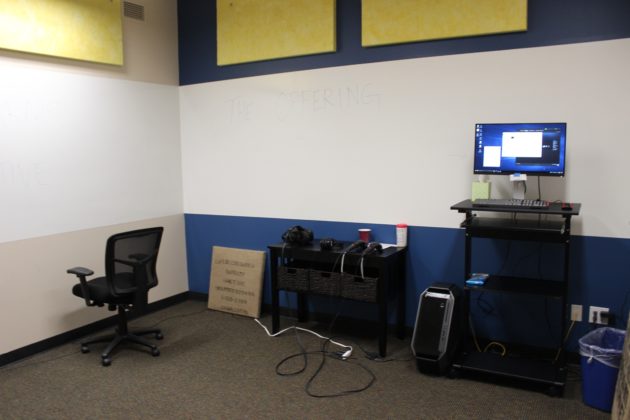 The office also lets Pluto host events for the Seattle startup community, and specifically for folks working with virtual and augmented reality.

Pluto, which is bootstrapped, is one of many new up-and-coming virtual reality startups in the Seattle area. Others include Envelop VR, Pixvana, AxonVR, VRStudios, VREAL, Endeavor One, Nullspace VR, and many more. That’s in addition to larger companies like Microsoft, Valve, HTC, and Oculus that are developing virtual and augmented reality technologies in the region.

“Seattle is a super awesome place for VR and AR startups,” Vechey said.

Going from casual games with PopCap to VR communication with Pluto is quite the change, but Vechey sees similarities.

“When we started PopCap, it was fearless stupidity,” he said. “We wanted to make games for everybody on the planet. We sounded crazy because only 15 percent of people played games, but we really thought everyone wanted to play games. It sort of takes an irrational belief in some core principles to do something like that. Pluto is not unsimilar.”