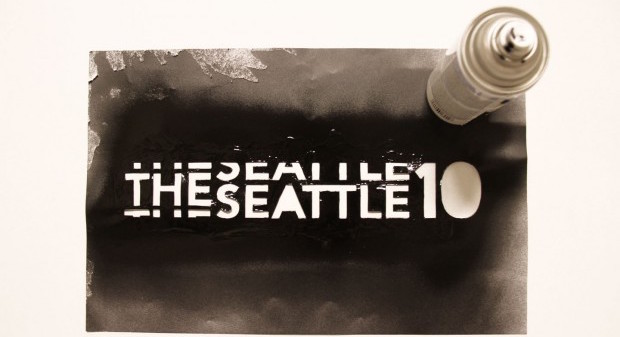 Seattle startups are shaking up all sorts of industries, from gaming to health care to consumer Internet.

And all of those industries, and more, are on display in this year’s class of the Seattle 10, which we’re hosting again in partnership with the Museum of History & Industry.

This list showcases 10 of the most promising startup companies in the region— highlighting the very best and brightest.

We’re putting our entrepreneurs to work, asking each of The Seattle 10 winners to re-produce their business ideas on giant six-foot by six-foot cocktail napkins that will be unveiled for the first time at the big GeekWire Gala on Dec. 2nd at MOHAI.

We had tons of fun watching these creations come together over the past two years, and we’re hopeful the competitive juices will flow once again this year as the artistic inspiration takes over. Make sure to grab your tickets for the GeekWire Gala, and come out to see these wonderful creations, applaud the Newsmakers of Year and simply participate in the geekiest holiday party on the planet.

We were inundated with fantastic nominations this year, making it an especially challenging task for our illustrious panel of judges — Geoff Entress of Pioneer Square Labs; Rebecca Lovell with the City of Seattle; Julie Sandler at Madrona Venture Group; Mukund Mohan of Microsoft Ventures; and Leonard Garfield of MOHAI — to help pick the winners. In order to qualify, companies had to be less than five years old and be based in the Seattle area with a world-changing business idea.

Without further ado, let’s meet this year’s class of the Seattle 10, presented by GeekWire and MOHAI.

Quick take: It doesn’t get much geekier than this. Diego Oppenheimer and his team of computer scientists are creating a marketplace for algorithms.

The idea? Spark more algorithms by making them easier for developers to find and use.

“Our goal since day one is to unlock the algorithmic knowledge of the world and make it accessible to anyone, anywhere,” said Oppenheimer, a former Microsoft program manager who met his co-founder, Kenny Daniel, when they were students at Carnegie Mellon.

Quick take: When the guy who invented the technology that paved the way for the mapping of the human genome launches a new company, people usually take notice. And when that pioneering researcher — who also played a role in the founding of companies like Amgen, Applied Biosystems and Integrated Diagnostics — says the new company may be one his biggest yet, it really gets imaginations rolling.

“I think it’s going to be very big,” said Hood. “Arivale is the opening shot in a whole new industry called scientific wellness, and it really stands a chance of being the Google or Microsoft of this whole arena.”

Quick take: Led by former Microsoft executive Sanjay Parthasarathy, Indix has a simple mission: “Organize, analyze and visualize the world’s product information so everyone can act on it.”

The startup, which raised $15 million earlier this year and employs about 80 in Seattle, San Francisco and Chennai, India, enables product managers to easily find information related to pricing, promotions, reviews, competition and the overall market.

“We founded Indix because we wanted to understand everything about the world’s more than one billion products and services and then provide actionable product and competitive insight in real-time,” Parthasarathy wrote in a blog post at the time of Indix’s launch in 2013. 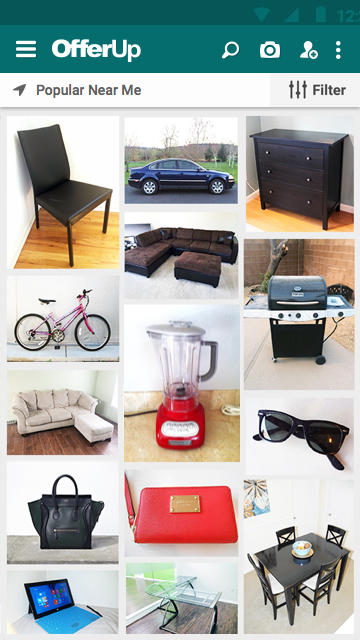 Quick take: Is OfferUp a Craigslist and eBay killer? Some big-time investors think so. The Bellevue startup — which has kept an extremely low profile in recent years — is said to be valued at more than $1 billion, making OfferUp one of the only so-called unicorn companies in Seattle. Backers include Andreessen Horowitz, the powerful Silicon Valley venture capital firm led by Netscape founder Marc Andreessen.

The idea behind OfferUp?

Make it dead simple to buy and sell just about anything — from sofas to Subarus to sneakers. And focus heavily on mobile.

CEO Nick Huzar and CTO Arean van Veelen came up with the idea after struggling to find a good way to unload unneeded stuff in their homes. In 2012, Huzar, the former DealSpringer CEO and T-Mobile product manager, said that he “soon discovered that many items had to come and go into our home, or else we’d wind up on a TV episode of Hoarders.”

The Seattle startup community has been impressed with what Huzar and van Veelen have built so far.

Previously: Seattle’s next $1B startup? Inside this secretive company’s bid to unseat Craigslist

Quick take: In a food delivery industry filled with a bevy of competitors, Peach has separated itself with a successful formula for getting lunch to office workers in places like Seattle and San Diego.

“Turns out food delivery and takeout is a $70 billion category, only $9 billion of which is transacted digitally,” said Peach CEO and co-founder Nishant Singh in an interview with GeekWire earlier this year. “The vast majority of people who go to work every day are still figuring out what to have that day for lunch and where to go to pick it up or who to call to have it delivered.”

Peach — founded by three ex-Amazon engineers — partners with different restaurants each day and delivers boxed lunches to offices of companies like Amazon, Microsoft, Zillow, Expedia, and Tableau in Seattle. Since last year, the 25-person company has delivered more than 500,000 meals and has signed up hundreds of offices.

Quick take: After selling PopCap Games to Electronic Arts, John Vechey is back in the startup world. And he’s got his eyes squarely set on virtual reality — one of the hottest tech industries around.

Just as he did at PopCap, Vechey and his team are looking to create virtual reality applications for a variety of devices and platforms.

“It is a brand new space, with unlimited possibilities,” Vechey told GeekWire earlier this year. “Through virtual reality, we are going to be able to — as a society — move beyond some of the constraints of location for collaborating, communicating and really connecting with other people.”

Quick take: The founding team behind Qumulo hails from Isilon, the storage company that sold to EMC for $2.25 billion in 2010. Now, Peter Godman, Aaron Passey and Neal Fachan are trying to replicate that success again.

Qumulo is trying to solve a data problem. Basically, there’s just too much data, and it is bogging down big companies which don’t know what to do with it.

Qumulo says it wants to become the company that the “world trusts to store, manage, and curate its data forever.”

“One by one, every company in the world is going to confront this onslaught of stuff that, by default, they don’t throw away,” Godman told us earlier this year. “That’s a big problem.”

Previously: Fresh off a $40M funding round, data storage startup Qumulo comes out of stealth mode

Quick take: Led by an all-star team of Seattle area entrepreneurs, Spare5 has a simple mission: Help people earn a little extra cash by performing simple tasks on smartphones, everything from photo tagging to surveys. The company — the first spin-out from Madrona Venture Labs — serves as a matchmaker between companies with mundane tasks to fulfill and ordinary smartphone users with a little time on their hands. In that regard, the service is a bit like Amazon’s Mechanical Turk.

“I think of our competition (more) as Candy Crush or checking your favorite social network for the 50th time today than I do about other ways to supplement income,” said Bencke, a former senior vice president at Getty Images. Others on the founding team include: CTO Daryn Nakhuda, a former CTO at TeachStreet and Director of Engineer at Porch; Patrick O’Donnell, co-founder of Urbanspoon; and Matt Shobe, co-founder of Feedburner. 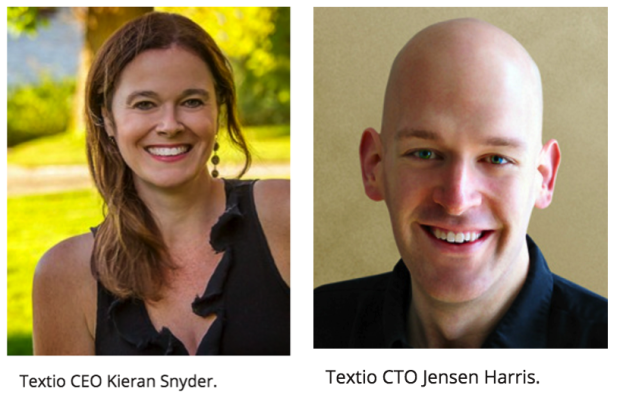 Quick take: The words we use say a lot, and Textio can tell companies what their words reveal on an even deeper level. The startup’s technology can analyze all sorts of business documents — candidate interview feedback, marketing copy, customer service chats, product specs, etc. — and determine whether the text is resulting in the desired outcome for the company. Early adopters include Twitter, which is using Textio to sift through its job postings and root out any unconscious biases.

The startup was founded by two Microsoft veterans: Kieran Snyder, a linguist and cognitive scientist who worked most recently at Amazon; and Jensen Harris, a 16-year Microsoft veteran known for his work leading the Windows user experience.

“For any type of text, we want to be able to extract business insights,” Snyder told GeekWire when the company launched. “We’re exposing this as a service. It’s not a consulting model. That’s a key element of how we work, which also places the bar very high on user experience and document security.”

Quick take: Perhaps no industry is as baffling as eSports — the idea that grown men and women would pay to watch other people play video games. But this is a real phenomenon, with some eSports competitions paying out more in prize money than traditional sports like golf or tennis. In fact, eSports is fast becoming one of the largest sports globally, and it is particularly hot in geeky Seattle.

And what goes great with any sport? Gambling.

Earlier this year, Unikrn announced a new online gaming arena, where spectators watch and chat about major tournaments — and then place bets for a chance to hit the jackpot.

A recent study estimated that in 2015 eSports viewers will wager $315 million on games, and that’s where Unikrn wants to play.

The company has some heavy-duty backers including Dallas Mavericks owner and Shark Tank star Mark Cuban, as well as actor Ashton Kutcher.

Come meet all of the Seattle 10 companies — and see their cocktail napkin creations — at this year GeekWire Gala. And, remember, tickets sell out early for this event, so don’t snooze.