Seattle-based AxonVR today announced the funding, which was led by China-based NetEase and Dawn Patrol Ventures. In addition to Costolo, who was CEO of Twitter from 2010 to 2015, other investors in the round include The Virtual Reality Company, Keeler Investment Group, Digital Kitchen founder Paul Matthaeus, and Executive Vice President of Walt Disney Imagineering Jon Snoddy.

“We envision a world in which virtual experiences are indistinguishable from real life,” Rubin said in a statement. “This funding enables us to deliver HaptX technology to our first enterprise partners. It’s a big step towards achieving our vision.”

The startup is also developing “HaptX Skeleton,” which is a lightweight exoskeleton that applies physical forces to your body. 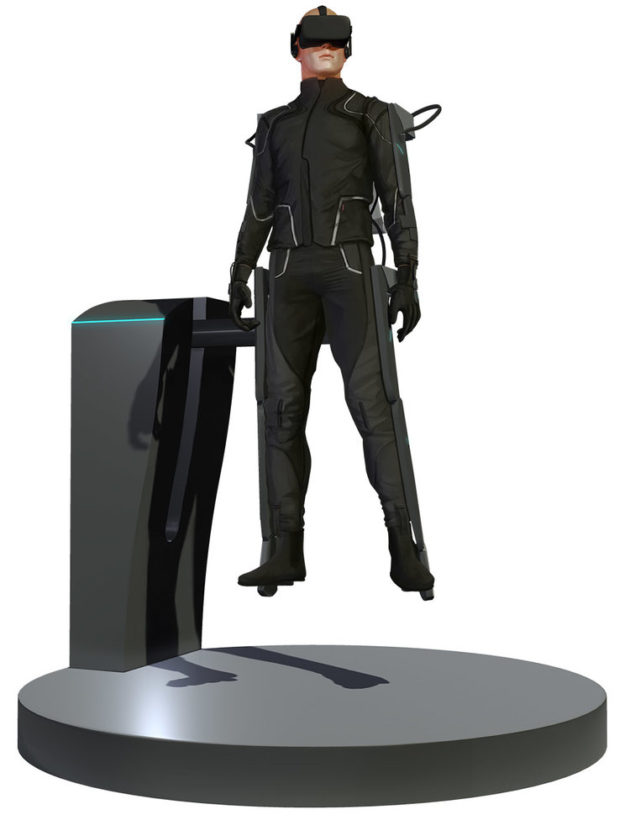 AxonVR is initially focused on selling its product to customers working in industries like design and manufacturing, training and simulation, and location-based entertainment. The company says it can enable designers to feel 3D models they are creating, or provide a more life-like training process for defense, industrial, and medical workers, for example.

Here’s how AxonVR describes how its technology can be used in entertainment scenarios:

AxonVR will add a new dimension to entertainment experiences at theme parks, arcades, multiplexes, and other location-based entertainment venues. With HaptX, players can jump into their favorite movies or games and join the action. Imagine being able to run, jump, fly, and cartwheel through limitless virtual worlds. Players can reach out and touch their favorite characters, and interact with their favorite fantasy universe with lifelike realism. Full-body, interactive immersion is the future of gaming and entertainment.

Earlier this year, AxonVR added two key people to its executive team, bringing on Microsoft veterans Mark Kroese and Joe Michaels. Kroese, a former general manager in the Office and entertainment divisions at Microsoft, is the company’s president, while Michaels, formerly MSN senior director of business development, is chief revenue officer at AxonVR.

“Suffice to say, the commercial applications for VR haptics are almost limitless,” Kroese wrote in a recent blog post. “Certainly, the consumer applications will be mind blowing. Entertainment as we know it will be catapulted to a whole new level of immersion. But, as the developed world looks to advance their economies through gains in workforce productivity, the first beneficiaries of the Haptics Wave will likely be found in the enterprise.”

AxonVR is headquartered in downtown Seattle with engineering offices in San Luis Obispo, Calif. The company, which employs 30 people and has raised $7 million to date, is one of many new up-and-coming virtual reality startups in the Seattle area. Others include Envelop VR, Pluto VR, Pixvana, VRStudios, VREAL, Endeavor One, Nullspace VR, and several others. Those are in addition to larger companies like Microsoft, Valve, HTC, and Oculus that also are developing virtual and augmented reality technologies in the region.

Here’s Rubin and Crockett talking about the technology behind AxonVR: