A surging stock price following another strong earnings report has propelled Amazon past Exxon Mobil to become the fourth most valuable company in the U.S. by market cap. Amazon is now valued at close to $365 billion.

Amazon cracked the top five most valuable U.S. companies three weeks ago, when its stock hit $755 per share for the first time. It passed $770 per share Monday morning, moving it ahead of Exxon Mobil, according to MarketWatch. The company’s stock is up close to 44 percent over this time last year.

Amazon’s second quarter earnings last week came in well ahead of Wall Street expectations, and its stock rose as a result. Amazon also said it has reached a high of 268,900 employees worldwide, an increase of close to 10 percent in the last three months and 47 percent over a year ago. 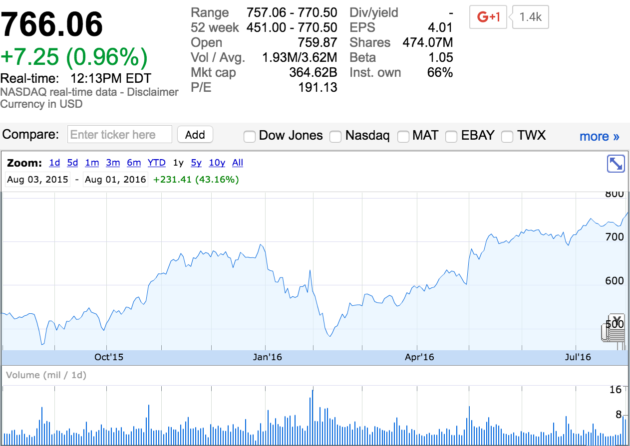