Amazon’s stock hit a record-high on Monday, making the tech giant one of the top 5 most-valuable U.S. public companies. 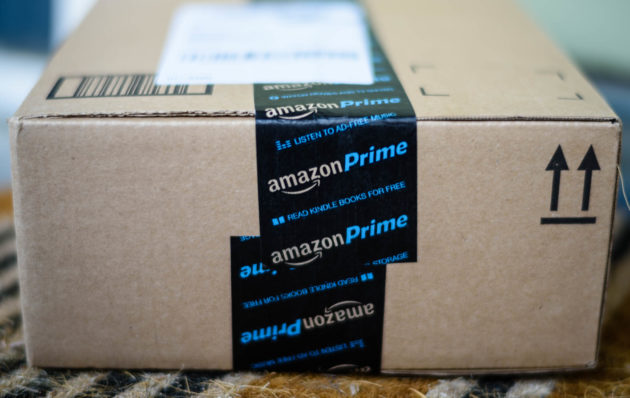 Bloomberg noted that Amazon leaped past Warren Buffet’s Berkshire Hathaway in market value on Monday as its stock reached $755 per share for the first time ever. The company’s market capitalization also surpassed $354 billion, according to MarketWatch.

Amazon still trails public tech companies like Apple, Microsoft, and Alphabet in overall valuation, but the Seattle retailer is closing the gap. This most recent milestone happened one day before Amazon’s second annual Prime Day sale, which kicked off at midnight on Tuesday. Amazon’s stock also hit record-highs the day before its inaugural Prime Day last year, which was the biggest single sales day in the company’s history at the time.

After crushing expectations for both revenue and profit in its first quarter earnings report this past April, Amazon’s stock is up 25 percent in the past three months.

Bloomberg added that for the first time ever, U.S. customers are now shopping on Amazon at almost the same frequency as Walmart, largely thanks to Amazon’s $99 Prime membership program. Walmart, meanwhile, is going head-to-head with Prime Day by offering discounts and free shipping with no minimum purchase price all week.

On Tuesday, Amazon’s stock dipped a bit as customers swooped up Prime Day deals; some had a bit of trouble purchasing products online.

Here’s a look at Amazon’s stock over the past year. It is up nearly 70 percent since last July: 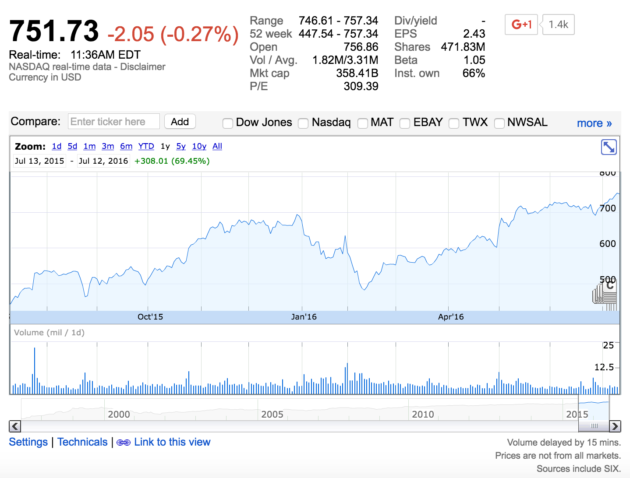