Ghostruck is expanding after a 10-month pilot in Seattle.

Founded last year, Ghostruck is essentially an Uber for large deliveries. It acts as a marketplace that matches people needing to deliver large items with licensed, professional movers that have gone through background checks and are insured in case of accident or loss.

Those with something to move post their item to Ghostruck and add information like an address, desired pick-up time, and special instructions like extraordinary weight or fragility. The app then finds a mover and notifies you when someone has agreed to do the job, while the cost is calculated on the item itself, the difficulty of the move, the time, and the distance. 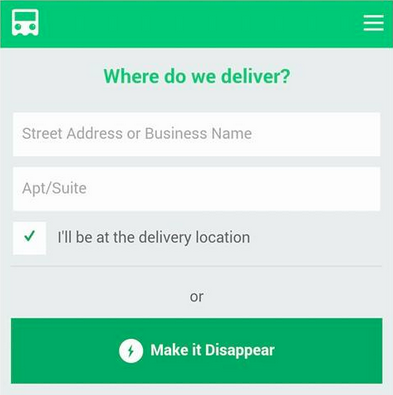 The startup is similar to a pair of other Seattle services: Wagon, which launched last year, and Fleetzen, another new “Uber for deliveries” startup founded by two former Microsoft employees.

The idea has certainly crossed Uber’s mind, too, as the big company tested out a moving service in Atlanta and Nashville last year.

Ghostruck says it differentiates itself by using professional moving services with box trucks, as opposed to ordinary people who happen to have large vehicles.

Ghostruck, which graduated from Seattle-based incubator 9Mile Labs last year, raised a $2.2 million seed round led by Seattle-based firm Founders Co-op that closed this past December. Ghostruck co-founder and CEO Nathanel Nienaber said today that his company now employs 10 full-time employees, along with six part-timers. Nienaber, who previously worked at Georgia-Pacific, founded the company with four others.